Adoption, Not Just A Game For Brangelina

Who would have guessed that US Patent No. 3,906,166, granted in 1975 to Martin Cooper of Motorola would completely change the world?

My kids tell me that was a long time ago, which I suppose it was…. 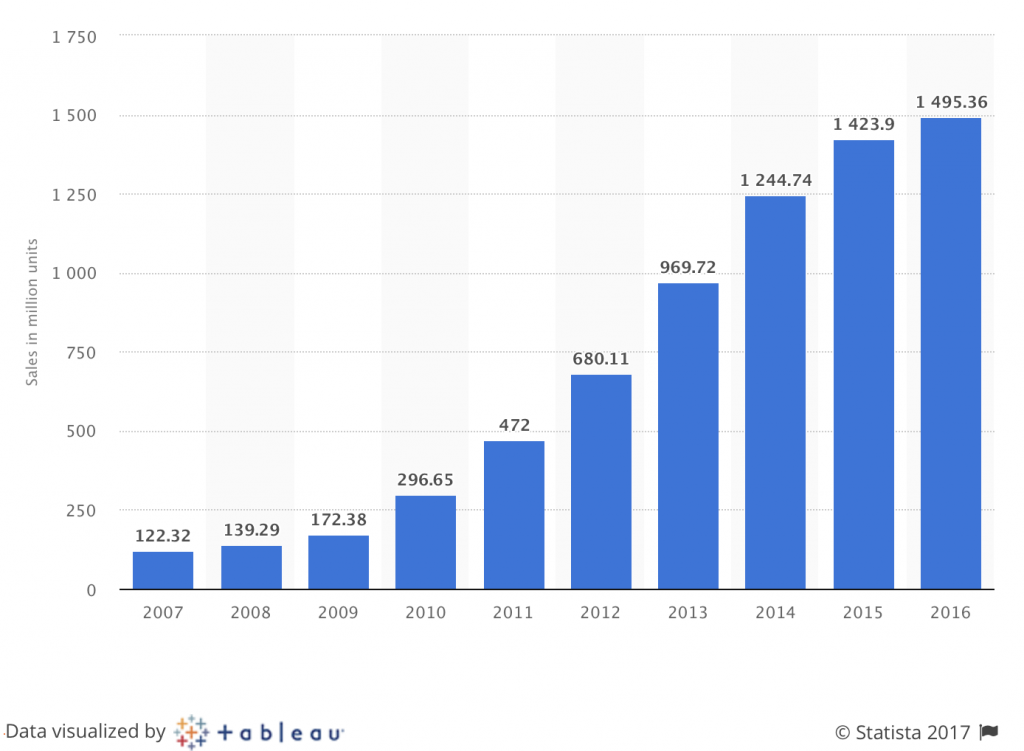 With hindsight we can look at this adoption phase and marvel, but let’s not miss some key points.

Specifically, how radically phones have infiltrated so many aspects of our lives. And no, I’m not talking about Sally who’s addicted to the endorphin rush she gets from hitting refresh on Instagram to see how many “likes” her stupid photo of her chicken-avocado salad is getting. I’m talking about real isht. Life changing isht.

Like the millions of Africans who now receive anti-malaria texts from football hero Didier Drogba:

It’s 9pm, are you and your family safe under nets? This is Didier Drogba, sleep well.

Ah… the humble mobile phone — doing more to fight Malaria than the UN, the WHO, or any government ever has. Power distributed and decentralised.

The Indonesian midwives’ mobile phone project, which has drastically reduced infant mortality rates as villagers place more trust with midwives who can now talk to obstetricians and gynaecologists in the cities and provide better care.

Farmers, who prior to the mobile phone used to walk in blazing heat for up to two weeks to get to market, where they’d sell their livestock…. and sometimes wouldn’t because demand wasn’t there.

Those same farmers now use mobiles to determine ahead of time market prices for their goods before deciding where best to trade their livestock or crops. Not only that, but receiving live pricing of livestock and crops allowing them to more accurately plan and run their farming practices. Power distributed and decentralised.

And speaking of farmers in the third, world it was back in 2003 or 2004 — I can’t remember exactly — when my lovely lass (before she succumbed to my charms and became Mrs. Chris) and I were traveling in Kashmir, and I vividly remember realising then just how powerful the mobile phone really was.

We were chatting to a peasant rice farmer, I’ll call him Ranjeet. Because his father had done it before him, and his fathers father before him, and he himself had been at it for over 30 years since, Ranjeet was doing the only thing he knew: He was growing rice.

And like his forefathers before him, Ranjeet simply took whatever price was offered by the Delhi traders when they turned up at harvest time. Together with his fellow rice farmers in the village Ranjeet had no way of knowing whether the price he got from the traders from Delhi was fair or not.

He, together with fellow farmers, had all clubbed together and bought a WAP phone. Remember those?

It was man’s first crack and connecting a mobile phone to the internet.

Ranjeet and his buddies would huddle around the phone, getting live pricing from the rice market in Delhi. And whoo… boy, had it made them mad. Ignorance, they say, is bliss.

Try telling that to Ranjeet, and he’d have punched you in the face. So when those slimy rice traders from Delhi rolled into town to buy Ranjeet and his buddies’ rice, these dirt poor peasant farmers could no longer be hoodwinked into selling it at deeply discounted, “kill my family, make me starve” prices any longer. Power distributed and decentralised.

For most of us, we’re lucky enough to live in a developed country where we don’t think about this stuff.

The mobile phone helps us do many of the things we were already doing, but now we just do it without getting off the sofa.

But for those in emerging and submerging markets mobile phones help people do things they could never do before. They are, in other words, not a luxury but a necessity.

Education. The mobile phone has revolutionised that, too. I was reading that in Vietnam 75% of the kids use their phones for educational purposes. This is good news because it means that Brangelina and Brangelina wannabes won’t have to adopt starving illiterate Vietnamese orphans any longer.

It was Malcolm Gladwell, the author, journalist, and speaker, who said:

Poverty is not deprivation. It is isolation.

I’m going to put my neck out and say that the mobile phone has probably done more to break isolation and reduce poverty than almost anything else in the last 50 years.

Well, the mobile phone is similar to how to think about blockchain, and of course the most powerful (to date) blockchain is Bitcoin, which I spoke about last week. One changed the world. The other is changing our world.

Like the impact of the mobile phone before it, it’s going to be HUUUGE!

Now, I’m going to suggest that Martin Cooper was an amateur, compared with Satoshi Nakamoto, whoever the hell she is. This is because blockchain technology has the potential to do what the mobile phone has already done but on steroids.

Many will scoff and laugh at it… and many do. This is how it must be, but I warn you. To ignore this is like ignoring the impact mobile phones were going to have on society when the first mobile handset went on sale in 1973. Completely revolutionary and disruptive technology would be neither revolutionary nor disruptive if it didn’t… how do I say this… disrupt.

And it’ll be fought hammer and tongs, especially by those who see it as a threat to their own business models. Hello Jamie 🙂

But ultimately new technologies become overwhelming, and even those who poo poo it will be dragged kicking and screaming into its clutches because the utility function is too powerful. 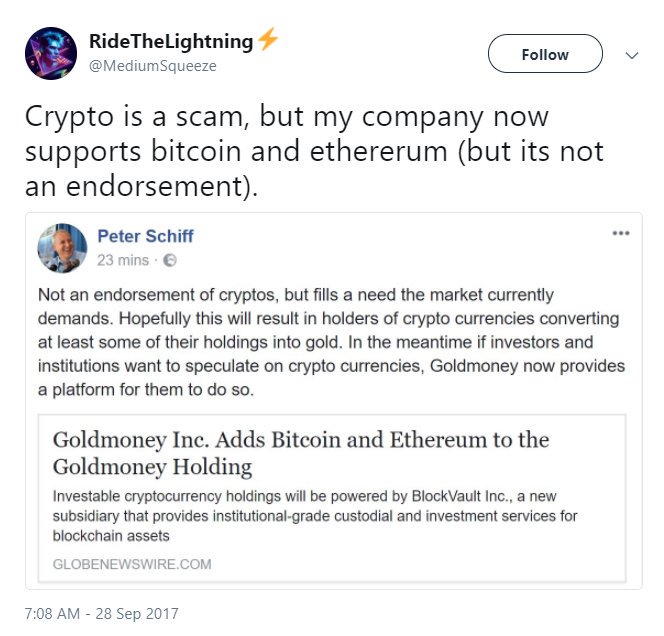 And we should all be as happy about this as these guys. 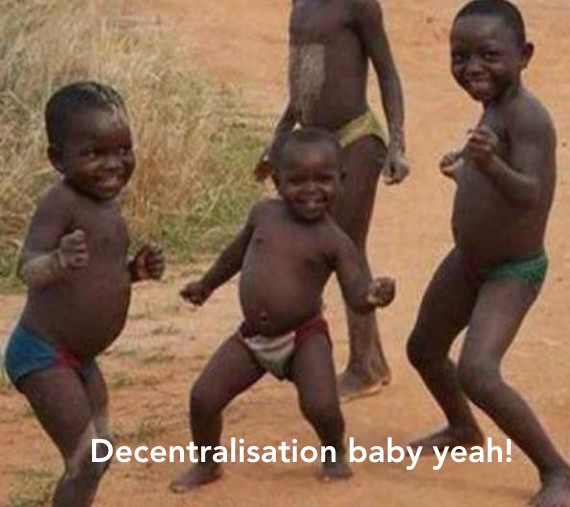 To the future… and a jolly fine weekend. Thanks as always for reading!

“Disruption is a process, not an event, and innovations can only be disruptive relative to something else.” — Clayton M. Christensen

Chris has founded and built several multi-million dollar businesses in the investment arena including overseeing the deployment of over $30m into Venture Capital opportunities and advising family offices internationally. Prior to this, Chris built a career at Invesco Asset Management, Lehman Brothers, JPMChase, & Robert Flemings.
MORE ARTICLES »
PrevPreviousInsider Weekly: When Will The Great Australian Housing Boom End?
NextSystemic Risk? Pffft! THIS, My Friends, Is Systemic RiskNext