Years ago I had the misfortune of sitting adjacent a colleague who was a pretentious moron. We were both young and of no real importance at the investment bank which had hired us. This particular guy became so entranced with the absurd things that rich people with more money than sense can fall victim to.

A pair of £20 jeans which should have just been picked up at the Sunday flea market instead had to be bought for £200 from some peculiar store in Notting Hill, run by a strange woman who fussed over you as if you were a 5-year old. All of this was immensely important to this colleague.

The absurdity ran deep. Hosted parties no longer offered anything to eat. No sausage rolls, no little snacks that a human could identify. Snapped peas stuffed with yoghurt made from the breast milk of an Australian mongoose and the like. It was meant to be sophisticated but it just fell into the absurd. These sort of affairs drove me nuts. I’d rather have walked the streets of Brooklyn with an “I hate blacks” t-shirt.

I was reminded of this colleague just yesterday when I received a message from an old workmate who found the website. Turns out the pretentious moron is now heading some unit in the bank focused on “disruptive threats” to the business or something of that nature. If he’s anything like the dunce he was years ago – and my friend assured me he is – then his ability to identify anything other than an Armani suit made specifically for pedophiles is vanishingly thin.

So why am I telling you all this, you might wonder?

Consider that in 2008 hotel executives around the world where sipping Evian, scanning the landscape to see who their competitors were. Not a single one of them identified a website which allowed people to list, find, and rent accommodation. 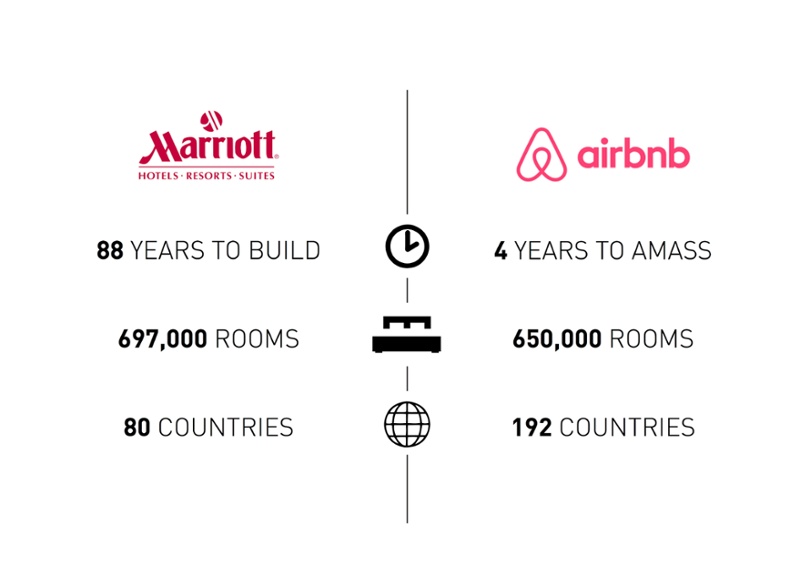 Massive change is coming but don’t expect your local banker to identify it coming and let you know.

The list of ways to make the financial services industry better could rival the magna carta. High fees and endless hours waiting for automated call centres in Mumbai are just the tip of the iceberg. In fact, recently I wired money to someone in the US from an Asian bank and it took 4 days to get there. It would have been faster to take it myself. That’s due to change.

A while ago I read an article from a banker who does understand the change coming to the industry. The former CEO at Barclays, Antony Jenkins, summarizes it nicely:

“We will see massive pressure on incumbent banks which will struggle to implement new technologies at the same pace as their new rivals.”

The banks have been looked after very nicely indeed with taxpayer-funded bailout packages and sweetheart financing deals from the central banks and it is ironically this which may well aid in their downfall. It’s made them fat and lazy.

Lurking just on the horizon is a technology which we believe will see their business models turned upside down. And as they scramble to adjust to a new reality, there will be no bailouts to save their overweight behinds this time around.

That new reality involves the blockchain, the technology underpinning Bitcoin. I wrote about this recently in this report. If you’ve not read it yet I recommend doing so as a short primer.

Though we’ve discussed the topic before in these missives, the futurist Peter Diamandis does an excellent job in distilling some of the core features and a smattering of the industries at risk of major disruption:

“At its core, bitcoin is a smart currency, designed by very forward-thinking engineers. It eliminates the need for banks, gets rid of credit card fees, currency exchange fees, money transfer fees, and reduces the need for lawyers in transitions… all good things. Most importantly, it is an “exponential currency” that will change the way we think about money. Much the same way email changed the way we thought of mail. (Can you remember life before email?)”

The bitcoin evolution is gathering momentum. We are involved with and constantly looking at companies in this sector. One thing is for sure: there will be a dramatic improvement in customer experience, making peoples’ lives better, and this will drive user adoption. When this takes place Moore’s law kicks in and before you know it the world is a different place.

Consider the evolution of the publishing, taxi, music, and hotel industries which have already seen disruptive technologies shake their world.

It all starts with a few early adopters, and once decent user interfaces are built then adoption skyrockets and the world changes forever. We’re on the brink of this now.

Next week I’ll talk about potential USD alternatives. It’s probably not what you’re expecting and it’s certainly not mainstream thinking.

Have a wonderful weekend!

“The key is to embrace disruption and change early. Don’t react to it decades later. You can’t fight innovation.” – Ryan Kavanaugh

Chris has founded and built several multi-million dollar businesses in the investment arena including overseeing the deployment of over $30m into Venture Capital opportunities and advising family offices internationally. Prior to this, Chris built a career at Invesco Asset Management, Lehman Brothers, JPMChase, & Robert Flemings.
MORE ARTICLES »
PrevPreviousDo You Really Want to Raise Money From a Venture Capitalist?
NextIs This How the Dollar Gets Replaced?Next