…and it’s only getting worse. Bin, by the way, means “son of” in Arabic.

This is why there are “Bins” here, there, and everywhere scattered across the Middle East. And some of them are having a rough week. In particular:

Adding fuel to the fire we have declarations of war.

Saudi Arabia amazingly said that Lebanon had declared war against it, blaming attacks against the Kingdom by the Lebanese Shi‘ite group Hezbollah.

As reported by Reuters:

Saudi Gulf affairs minister Thamer al-Sabhan told Al-Arabiya TV that Saad al-Hariri, who announced his resignation as Lebanon’s prime minister on Saturday, had been told that acts of “aggression” by Hezbollah “were considered acts of a declaration of war against Saudi Arabia by Lebanon and by the Lebanese Party of the Devil.

That’s quite a threat and declaration. But wait… there’s more!

As reported by Al Jazeera:

Saudi Arabia has accused Iran of being responsible for Saturday’s ballistic missile launched from Yemen that targeted Riyadh airport, warning that it could be “considered an act of war”.

Now, if you remember what I said earlier this year when discussing Qatar, which was a trial balloon as I said:

They are merely a pawn in this. The target here is Iran, and now that Chairman Trump just gave the Saudis a “we’ve got your back” pledge, it’s time to move things forward.

The arrests had been decreed by the monarch, King Salman, and carried out by his increasingly powerful son and heir, Mohammed bin Salman, who, for the sake of brevity, I’ll call MBS. MBS is in the process of completely upturning the established order so this promises to be more exciting than a Hitchcock thriller.

But first some background.

Tribal Society – A Gang of Thieves

Saudi Arabia is a tribal society where order has been, up until last week, maintained by a consensus amongst the various branches of the Royal family. Up until now it’s been unthinkable to publicly shame, humiliate, and imprison other members of the ruling family, and so fracturing this established order is a big deal. A really big deal!

This is not like admitting at a family gathering to having snuck into auntie’s beach house for a quickie with the cute waitress at the corner coffee shop.

Rather, it’s like telling them you’ve already burnt down their homes after becoming a transvestite. It’d be a huge shock, and that’s exactly what the families are experiencing right now.

You see, the way it’s worked is that the families all have a stake in the system, and this in turn helps secure their loyalty. What MBS has just done is to completely shatter the way things have always worked and in so doing destroyed any loyalty and trust.

So what the hell is happening?

Here’s what we do know.

Oil makes up 90% of Saudi government revenue, and the entire place is a giant welfare state. So the price drop has been very painful and they’re bleeding through their reserves.

In fact, according to the IMF, Saudi Arabia is set to burn through all of its cash within five years.

This is why the market is putting more pressure on their currency peg than at any time in its history. I wrote about this back in May when I said the Saudi sheikhs only have two options.

This is also why they need to list Aramco — in order to shore up their finances.

Not only have weak oil prices hurt them. They’ve been engaging in futile silly wars… and these things cost billions. Yemen, Syria — both of which they figured would be easily won and over in months. Oops!

So their expense column looks horrible due to their losing billions in wars and welfare, while their revenue column has been under severe pressure due to the price of oil.

In fact, their status as swing producer just ain’t what it used to be either. They’ve the US to thank for that.

What else do we know?

We know that the house of Saud (the Royal family that is) are unpopular in the country. Thus far, they’ve managed to keep things together though constant skirmishes with their neighbours keep popping up. Notably Yemen. Any dissent within their own borders has been met with a combination of brutal crackdowns and, as mentioned, a giant welfare system. People who’re fed well tend not to complain.

Importantly, the Wahhabi sect tolerates other religious or ideological beliefs in the same way you and I’d tolerate a cockroach on our kitchen bench: Not so much.

For instance, in all its 50 years, there has not been a single non-Sunni Muslim diplomat in the embassy. These guys are so radical that the branch of Imam Mohamed Bin Saud University in Fairfax, Virginia instructs its students that Shia Islam is a Jewish conspiracy.

So with that backdrop: Finances in turmoil, a bunch of rich (15,000 odd) squabbling family members, unloved in their own country, due in no small part to having ruled brutally, what would you be thinking?

I know what I’d be thinking.

I’d be thinking that the House of Saudi is like an expiring option contract and it’s out of the money. Some in the family realise that, namely MBS.

The House of Saud is like an expiring option contract and it's out of the money.Click To Tweet

This is why he’s been pushing forward to liberalise the economy. It’s not hard to look across the pond to the success Dubai has seen to realise that Wahhabism is antithetical to economic growth. And so if Saudi Arabia is to survive and the Royal Family to survive, by default, they need a plan. And fast.

This requires getting rid of some of the clerics and old tribal establishments. This has been taking place ever since MBS moved into the gilded rooms 6 months ago.

What you’ve got to remember is that the old guard don’t want change, and these guys have depended 100% on oil revenues.

It looks to me like MBS sees this for the expiring option contract that it is. My best guess is that he realises that if they wait too long, by the time the welfare money has run out, they’ll all be overthrown. The old guard probably don’t want to hear that, but it is the truth. And because they don’t want to hear it, you need to get rid of them.

So why all the noise about war with Lebanon and Iran?

Certainly, the enemy of my enemy is my friend applies, and Israel and Saudi have formed some sort of unholy alliance. It’s clearly not so secretly backed by Washington because let’s not forget that Saudi Arabia don’t even recognise the Israeli state. 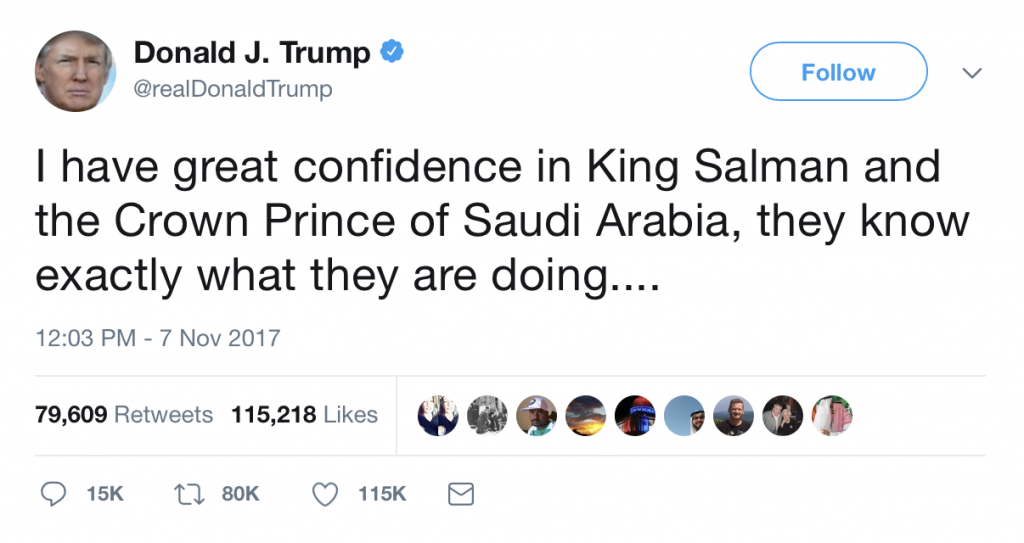 But why all at the same time?

I think Goering nailed it: 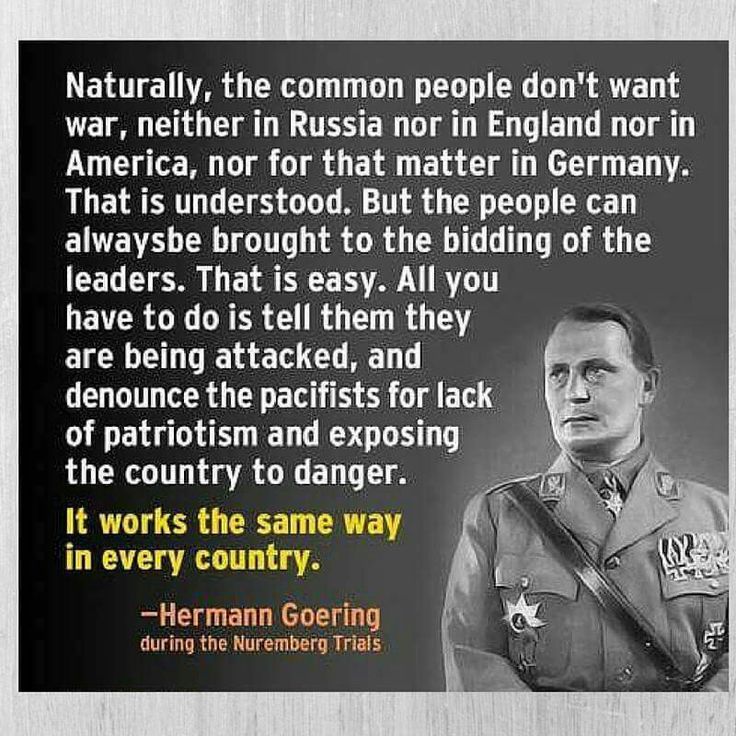 The first order of events it so consolidate power, eliminate anyone within the royal family that could pose a threat to what will be some radical changes to what Saudi Arabia looks like.

The second order of priority is to ensure the local populace don’t get any funny ideas. Thus some pretty decent scare tactics. Threats of war will do that perfectly adequately.

And the unholy alliance with the infidels is to ensure that, should the going get tough, they’ll have formidable military power behind them. Who better than the US and Israel?

This is one very risky initiative, but it’s do or die for these guys. History indicates that when despots allow more freedoms and reforms, they are forced to begin using popular support in exchange for welfare. I can’t think of one that’s managed it. Typically, they lose power.

“The rain begins with a single drop.” — Manal Al Sharif

Chris has founded and built several multi-million dollar businesses in the investment arena including overseeing the deployment of over $30m into Venture Capital opportunities and advising family offices internationally. Prior to this, Chris built a career at Invesco Asset Management, Lehman Brothers, JPMChase, & Robert Flemings.
MORE ARTICLES »
PrevPreviousThe Year Was 1989…
NextInsider Weekly: An Economic Recovery Nobody NoticesNext