The cryptocurrency world is certainly no stranger to China. Since 2009, when Bitcoin first entered the world stage, the Asian nation has been in a turbulent relationship with the network and its technologies. The sovereign government went from banning the use of Bitcoin in 2013, to actually adopting its technology, with president Xi Jinping stressing the importance of blockchain investment for China’s future, during a Politburo Committee session in October, 2019.

Now as of 2020, China is announcing their plan to launch an official, State-recognised coin. Named the Digital Currency Electronic Payment (DCEP), commonly referred to as the “Digital Yuan”, which is supposedly in the final stages of testing.

In this article, we cover the reasons why China decided to create the first Central Bank Digital Currency in the world, and what that means for the broader crypto markets. This piece will also expand on China’s history with Bitcoin (BTC), Ethereum (ETH) and the Tether USD stablecoin (USDT), and why those networks have become a substantial threat to China’s internal capital control.

Before diving in, it is relevant to clarify the distinction between the terms “digital currency” and “cryptocurrency”. Cryptocurrencies are digital currencies and assets that use blockchain technology as a pathway to perform safely encrypted, frictionless transactions through a decentralised network. Bitcoin, Ethereum and Tether, as mentioned above, are a few of the most used cryptocurrencies. The DCEP coin, on the other hand, does not use blockchain technology per se, but rather a blockchain inspired type of Ledger Technology that is completely controlled by a central government. Since blockchains provide an encrypted, unbreakable chain of data transfers, the centralised system of DCEP has an intentionally different mechanism than traditional cryptocurrency frameworks.

DCEP: A Brief Timeline of the Digital Yuan

In early 2014, less than twelve months after China banned Bitcoin usage, the country created a research institute whose entire purpose was to understand and develop a strategy to improve the traditional Chinese yuan currency utilising blockchain technology. The research centre was the kickstarter to what then became four years of development, leading to the government introducing the DCEP project to the world.

The coin was first announced to the Chinese public by the president of the People’s Bank of China (PBoC), Zhou Xiaochuan, during a press conference. After its announcement, however, the work in progress was slow and with not much fruition.

Experts argue that the lengthy development due to the decentralised and anti-regulatory foundations of both blockchain technology and cryptocurrencies not being compatible with the principles of China’s national currency. The yuan, or renminbi (RMB), is entirely controlled by the State, in an effort to shield China from economic shocks. Blockchain, on the other hand, represents the opposing principles of the RMB – a system that allows transactions outside of regulatory control.

Despite DCEP’s slow progress during 2018 and early 2019, the first national digital currency in the world gained a new level of development speed in the second semester of 2019, when Facebook officially announced the creation of their currency, Libra. Intel points to China’s sudden rise in productivity as not only being motivated by a new major competitor, but also that several development partners from Facebook’s currency were openly rejecting DCEP as a relevant and substantial rival.

On April 14th, 2020, the national digital currency project created by the PBoC had its testing trials uncovered through a shared computer screenshot that showed the DCEP coin being accessed across a few Chinese districts. As of late June of this year, the PBoC announced that China had almost completed the software phase of development. After the testing leaks appeared online and this most recent update, speculation has been circulating around when and how the DCEP will be officially released.

Why a Digital Currency, and Why Now?

Why would this country, with its intricate and complex socialist market system, want to build a digital currency?

To answer the question, it’s crucial to have a look at China’s foreign reserves. As of July of 2020, China holds a foreign currency reserve of approximately 3.15 trillion US dollars, the largest holder in the world. Around 60% of the global foreign exchange reserves and around 40% of international payments are in US dollars, a throwback to the Bretton Woods agreement that cemented the USD as the global reserve currency. The DCEP coin serves as a buffer to China’s reserves, one that is not hindered by liquidity constraints that could abound given rising tensions in Hong Kong, and potential US tightening on USD liquidity in the region.

Furthermore, China is looking to expand the international reach of the yuan and have a more accessible and reliable infrastructure for cross-border transfers. This has been driven by the Belt and Road initiative, an logistical supply chain expansion of China’s global trading networks across Asia, Europe and Africa. Currently, most of the regulated wire transfers performed from or to China are made either through SWIFT or CHIPS. That is a problem for China, since CHIPS is an American company while SWIFT, an allegedly neutral international organisation, consists of mostly American citizens as Directors. Again, given the nation’s longstanding tensions with the US, and escalating trade war, it comes as no surprise that China would want to distance itself from American institutions. The DCEP provides a transaction gateway for the Belt and Road value chain.

The Chinese government is struggling with money leaving the country through blackmarkets, and cryptocurrency transactions, specifically through Bitcoin, Ethereum and Tether.

As mandated by China’s Central Bank, any citizen or resident living in the mainland can only transfer up to $50,000 USD offshore, per year. This policy comes with several obstacles for wealthy Chinese families and businesses, as they would often resort to complicated and often blackmarket methods to send their money to other nations.

With the rapidly emerging middle and upper-class looking to expand their investment horizons in a thriving new market, cryptocurrencies provide liquid and global investment exposure. Chinese investors buy the assets through specialised services and send them anonymously to digital currency firms outside of China, with modest fees compared to fiat black markets.

The Chinese government sees huge risks of capital outflows – threatening drawdown in foreign currency reserves, and increasing shock vectors to their economy. A state-managed transactional system – the DCEP is a viable alternative to regain control.

How the DCEP Affects Bitcoin, Ethereum and Tokenised USD (USDT)

China is facing substantial sovereign challenges when competing against non-sovereign cryptocurrencies. When it comes to Chinese nationals moving their capital out of the country with digital assets, China is still searching for solutions. How large is the cryptocurrency trade volume in China and what does it mean for the Bitcoin and Ethereum crypto leaders?

According to the data research institute Diar, China alone represents over 60% of all the USDT trading volume in the crypto market; roughly US$10 billion in the first semester of 2019. As a comparison, the US market accounts for only US$450 million of all the USDT traded during that period.

This tremendous trading volume coming from China brings great news for Ethereum, since USDT is an Ethereum-based token. Chinese USDT usage is bullish for Ethereum, and we expect volumes to increase.

It should also be noted that China’s Central Bank Digital Currency could prove the impetus for more residents to adopt BTC, ETH and USDT who may have not previously turned to crypto. A late August report from Chainanalysis found that over USD 50 billion were moved through digital assets from Chinese sources to overseas wallets since August, 2019.

As DCEP attempts to regulate, those not yet familiar with the benefits of digital assets could subsequently migrate to decentralised alternatives with less regulatory oversight.. With an ever-broadening interest from the Chinese population, it’s likely that Bitcoin and Ethereum will benefit from tightening regulations.

What the Future Holds for DCEP

The official release of the Digital Currency Electronic Payment coin by China will be a monumental milestone for the world of cryptocurrencies and digital assets, simultaneously serving as an example of the global relevance of the technology, and a refashioning of digital currencies to fit into its internal goals.

With China’s official and unofficial ideological goals for the DCEP considered, it is still unclear how the digital yuan will impact the national and global economy. One thing is for sure: China has understood that there is no point in waging war against blockchain technology, but rather using it to further its own strategic goals. We believe that this will drive further inflows into non-sovereign crypto-assets.

ZeroCap helps private clients, high net worth individuals and institutions purchase and custody digital assets. If you would like to know more, hit up the team at vip@zerocap.io. 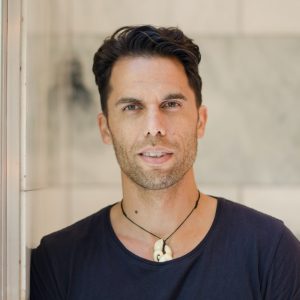 Cofounder at ZeroCap, a digital asset execution firm utilised by high net worth and institutional clients. Holds board positions for the Blockchain Association of Australia, and Vesper Capital, a multi-strategy prop firm.
MORE ARTICLES »
PrevPreviousPutin Gives the Middle Finger to Gates and the Marxist UN Green Agenda
NextInvesting For The Greenwash BubbleNext