In a post entitled “The Future of Manufacturing” we pontificated on one of the technologies which our team and network had been encountering around the world. What we were seeing with 3D printing we believed was changing our world. Naturally, as investors we found an interest in the technology, even if only for the mental stimulation it elicits.

Though we’ve been looking, we’ve not managed to find a suitable private equity deal in which to invest in this space. We missed a couple while still private, unfortunately. Sure, we could buy publicly-listed plays, but that’s not typically what we do. Those public companies which sport hundred million dollar plus market caps were, not long ago, startups being financed with sub $5m valuations. You do the math.

A company I was recently introduced to is the world’s largest producer of 3D Titanium printed materials. Weapons, intricate machine parts, the list is unbelievable. Things I literally never even knew existed. NASA for example are sending a 3D printer up into space so that astronauts can print themselves tools or spare parts. Why lug an entire laundry list of spare parts if you can just print on demand?

The process is equally unbelievable. You’d be forgiven thinking that there is some sort of black magic at work. What this company and others like them are doing would not be out of place in a Harry Potter movie.

When I mentioned what I have been looking at to my wife her response was, “Is that some sort of jazzed up, turbo-charged Lexmark?”. She was being facetious, but I assure you the machines are nothing like your inkjet, though they can be surprisingly small.

The company founder and I spoke about where the future lies. Combining 3D printing with nanotechnology is completely mind blowing. Imagine a world where materials are “printed” only to move about and execute pre-programmed orders. The technology for this exists and is being tested NOW. Little nano bot armies being created, and re-creating themselves and other things.

Right now MIT’s Skylar Tibbits are printing objects which can change shape. They do this using “shape memory plastics.” Think of your favourite shoe, which is now moulded to your own foot, bunyons and all. Well, how about printing a new shoe which changes its shape according to your specifications? Call it Bunyon shoe 1.0. Pretty cool.

Tailor made products in the future will be exactly that. Imagine for a minute a body scan which takes all your measurements, together with how you walk, run, swing a golf club, or sit in a chair. Feed this information into a computer which then produces you optimal clothing designs for your particular body. Now off to the printer you go and just print your shoes, trousers and shirts. Yes, clothing is being 3D printed.

Additive manufacturing, or 3D printing has already radically changed the prosthetics industry. Take a look at this video.

As nice as it may be to have really comfortable clothing… and how amazing it is to change peoples lives as shown in the video, where this technology gets really important is in life sciences.

There is a scene in Star Wars where Luke Skywalker has his hand repaired by robots. George Lucas knew nothing about 3D printing at the time (or did he?), but his depictions of a future replete with technology is startlingly accurate. Bio-printing involves the printing of human cells. Organs are tricky to print, but skin grafts through to blood vessels are much easier to print due to their structure being predominantly flat.

Printing skin commercially is very close to coming mainstream. It is now possible to utilize laser technology to generate a map of a wound together with precise measurements, and to then print a skin graft specifically for that particular wound. Say goodbye to generic and painful skin grafts.

While it’s not mainstream yet, successful printing of bone and muscle implants have been conducted. Organs have already been bio-printed, though I’ve not come across any evidence of successful implants being done… yet. 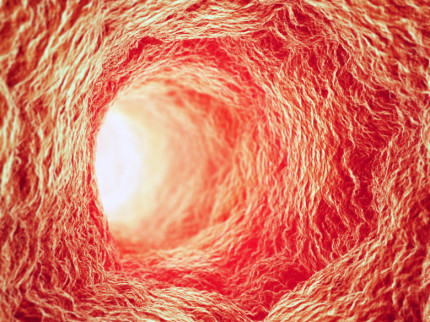 Researchers at the University of Sydney, MIT, Stanford and Harvard have successfully printed blood vessels.

“While recreating little parts of tissues in the lab is something that we have already been able to do, the possibility of printing three-dimensional tissues with functional blood capillaries in the blink of an eye is a game changer,” said  Dr. Luiz Bertassoni, the study’s lead author and a University of Sydney researcher.

Apparently experts are predicting that we’re 10 years away from seeing much of this on the “shelves.” As always, Government are a barrier to development, but what I expect to happen is that “friendly” jurisdictions will open up to the technology and attract a lot of the talent and skill. At then end of the day what is being developed is IP. That IP can and will hop on a plane to friendlier climes.

Certainly my children will be living in a very different world from that which we enjoy today. This is an incredibly disruptive technology and there will be some massive home runs in this space… of that I’m sure.

“The next episode of 3D printing will involve printing entirely new kinds of materials. Eventually we will print complete products – circuits, motors, and batteries already included. At that point, all bets are off.” – Hod Lipson

Chris has founded and built several multi-million dollar businesses in the investment arena including overseeing the deployment of over $30m into Venture Capital opportunities and advising family offices internationally. Prior to this, Chris built a career at Invesco Asset Management, Lehman Brothers, JPMChase, & Robert Flemings.
MORE ARTICLES »
PrevPreviousThe World’s Most Crowded Trade
NextShark Tank on a Chair LiftNext

Forgive me if I am a bit skeptiical: ” … we’re 10 years away from seeing much of this on the “shelves.” …”. I have watched in amazement how fusion always is in “fifty years” – and it was fifty years ago. What the “layity” does not understand is that normal (“2D”) printing uses just three to five colors to print any which one color from the about sixteen million distinguishable colors in the RGB/CMYK/Pantone etc. universes. But the effect is a spectroscopic one. Now in 3D “printing” you cannot just combine only, say, three to five basic substances if you want to create complex structures. If in the real world these consist of thousands of chemically distinct compounds you either have to radically redesign them (3D print old cognac – good luck to you with the connoisseurs!) or you will never print them. Nature has 3D-“printed e.g. stalactites. They are made from pure lime. It has not 3D-printed birds. They are hatched to this day, after millions of years of alleged evolution.