Today I have for you a recorded conversation with Harris Kupperman (Kuppy), a friend of mine who manages Praetorian Capital, a Florida-based hedge fund. Kuppy is one of a clutch of guys who I call on to stress test my views and vice versa. Sometimes we disagree, though more often than not we don’t.

Either way, Kuppy’s views are always, always valuable to me.

In this conversation, we discuss, among other things:

Plus, The Failed Coup in Turkey

In addition to the above, I’ve got some thoughts on the failed coup in Turkey and why a coup in a land run by an obvious IS supporter and dictator and where people wear funny hats and eat chicken for dessert (tavuk göğsü) matters.

Turkey is important for a host of reasons but let me just mention the most obvious one today.

A global and rapidly increasing risk to liquidity is here. Coups (failed or not), regular shootings, and terrorism, as I discussed last week, are all net negative for liquidity. And liquidity, my friends, is what our central banker friends have been so desperate to sustain.

Global capital flows will continue to shift and, in fact, accelerate as capital searches for liquidity, because liquidity provides safety even if it is being sought in asset classes which are ultimately flawed.

Understanding what is happening and why it is happening is all that matters because like it or not, we have to deal with the world the way it is, not the way we want it to be.

Consider how portfolio managers from Manhattan to London and in-between are currently restructuring portfolios, many of which are mandated to invest only in certain asset classes which themselves are selected based on a number of criteria, a deciding one being volatility ratios – ratios which are now blowing out. If we get a Brexit, a coup, or a terrorist attack every week, we’ll be experiencing entire indexes gap every day.

Here are some things that you as an informed and intelligent investor may want to consider:

While you’re pondering those thoughts, I have another conversation to share with you today.

This from a friend Chris Welsh, who is a real estate magnate in California, an adventurer, a sailor, and who – together with the other crazy and inspiring soul, Richard Branson, co-founded Virgin Oceanic.

I share Chris’ thoughts with you from a recent exchange I had with him because firstly he’s “one helluva” smart guy and secondly because he’s been very accurate in identifying global trends: 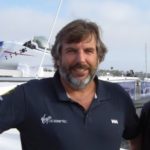 “Increased violence will be the new world order and it can not be stopped. Disaffected youth will be more prevalent as technology obviates the need for work and allows for the “minimum basic wage” (euphemism for welfare) to be instituted in developed nations. Underdeveloped nations are just going to suck as rather than having a $2/day wage the robot in Detroit will be sewing that shoe or dress and they do not have agrarian basics to revert to any longer. Either way, a disaffected youth (Tsaernev Brothers in Boston) or a desperate youth in Bangladesh, Iran, Saudi Arabia, Morocco, etc will be liable to convert to Islam or another religion. If you have only 1/10th of 1% of all Islam go bad, you are talking 2,000,000 bad people (Based on 2B total after recruiting).

The future is violent. Literally, safe havens like NZ (almost uniquely like NZ) will be the future. Not Argentina, not anywhere in Europe, but maybe Iceland, maybe the Caribbean and mostly in America will you find safety. Maybe in a bizarre way Russia but that’s a tough row to hoe for myriad other reasons. Outside of that, there will be trouble. Imagine Islam getting a toe hold in China…

All of that is to comment that Brexit may be just a population making a wise choice. It’s not that far from the Fijians having a coup each time a non-Fijian has been elected… there comes a limit.

So that being said, being a prepper in NZ is the most valuable investment. Solar panels, electric car, as few outside of NZ resources as possible. Enough land for sheep & chickens. On a bay for access to fishing. From there, diverse wealth and maybe more than gold, land and more sheep. We can debate all day the value of gold as a money; I think it is a paper currency because the intrinsic value as anything but currency is 1/5th the current trading value. I would rather have preservable food. Milk powder. Cheese. Meat (in the US, corn, wheat). NZ is in a very good position, despite appearances in the milk marketplace.

As I spent the weekend with my family hiking in the mountains of New Zealand beside crystal clear rushing rivers, breathing the fresh air, and watching my children enjoy the freedom which they take for granted, I realised that while nobody can know the future, some things are pretty darn obvious if we wake up and pay attention.

People sometimes ask me why – after travelling the world extensively and living in half a dozen countries – I hang out in New Zealand. My answer lies in the headlines trailing across your screens.

“Rule #1: always look out for yourself first; don’t nobody love/care for you like you do.” — Surgeo Bell

Chris has founded and built several multi-million dollar businesses in the investment arena including overseeing the deployment of over $30m into Venture Capital opportunities and advising family offices internationally. Prior to this, Chris built a career at Invesco Asset Management, Lehman Brothers, JPMChase, & Robert Flemings.
MORE ARTICLES »
PrevPreviousGold, Terrorists, And Investing Legends
NextWorld Out Of Whack: Pokemon GoNext