Last night as I was playing a board game with my kids. To make it more interesting we were “bending the rules”. Each player was allowed to make a new rule if they rolled a double six. It was fascinating to watch, as my kids managed to make up asinine rules which would often come around to bite them in the behind later on.

It felt in fact like I was in a meeting of congress or parliament. It was proof to me that ill-thought rules are not the exclusive domain of Government!

This “Cuba Special” series is compliments of our friend and colleague Harris “Kuppy” Kupperman. Today he looks at American policy on Cuba. It’s an enjoyable and insightful read. 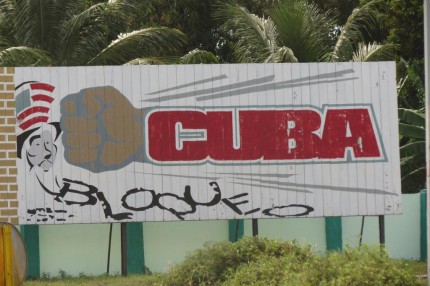 Let’s say that Cuba’s socialist utopia doesn’t quite appeal to you—shocking right? How do you escape? Well, actually, it’s a simple process. You need to start by scavenging for materials, building a floating contraption of some sort, piling your worldly possessions into that contrivance and setting out for Florida. Along the way, you must evade the Cuban Coast Guard, who will imprison you for trying to escape and the American Coast Guard who may alternatively; turn you over to the Cubans, spray you with water cannons, capsize your boat, or let you continue floating north depending on America’s capricious Cuba immigration policy.

US Citizenship can be yours, if you can successfully cross the Straits of Florida and then physically step off your boat onto mainland American soil. This is known as America’s “Wet Feet, Dry Feet” policy—you need to get at least one “Dry Foot”. Unfortunately, there are some unique wrinkles in America’s policy; such that the Dry Tortugas, despite being part of Monroe County Florida, are considered an unincorporated area of Florida (whatever that means), hence they’re not officially “Dry” and that disembarking on bridges and other man-made structures, not connected to land, do not count as “Land”. The important thing to remember is that despite a Cuban internet blackout, you should make sure to research the hundreds of “Dry Feet” rules, because they’ve likely continued to evolve by the time you read this.

If “Wet Feet, Dry Feet” sounds like a game created for a kindergarten playground, it is only because it was created by Congress, the world’s most august kindergarten. Unfortunately, thousands of people have now died while playing this game, proving conclusively that the Castro Brothers do not have a monopoly on asinine Cuba laws. However, no policy is as ridiculous as the five decade long US Embargo on Cuba. 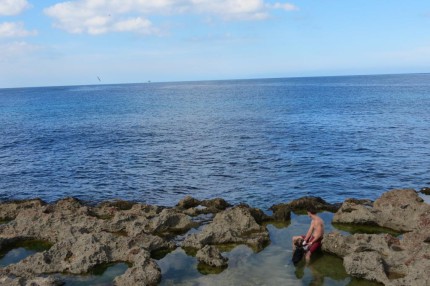 Let’s face it; embargos as a rule rarely achieve their intended goal of overthrowing governments—55 years later, and the Castros are still there. Instead, embargos tend to deprive the poor of basic necessities, enrich government cronies while giving the government an excuse for why their economic policies are failing. If anything, embargos help to entrench the very governments that they are meant to overthrow.

As I wandered Cuba, it was interesting to see which American products were available. Coca-Cola was ubiquitous, as were household P&G products, meanwhile, I never saw a single Pepsi product. The shops were full of knock-off luxury clothing from China, but there was also plenty of US clothing—no one knocks off Old Navy (or do they?). Red Bull was cheaper than in Miami (not American) as were most American whiskeys (damn liquor taxes in America). In fact, with a few notable exceptions (no American cars older than 1959) most American products were getting through the embargo just fine.

What was not getting through was the fact that the embargo was not particularly responsible for Cuba’s economic predicament. While even the most ardent Communists that I met with agreed that Cuba’s economic policies were holding back the country—most Cubans placed a majority of the blame on the embargo. I have a hunch that the embargo is the only thing keeping the Castro Brothers in power. Without the embargo, the people would recognize the immediate failings of Cuban Socialism.

This brings me back to the title of this piece—the question that pretty much every Cuban asked me while I was there: “Why is there an embargo?” 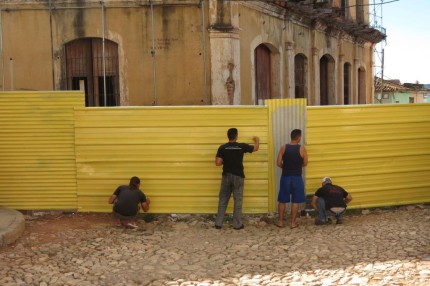 I spent most of my trip convinced that no paint ever made it through the embargo, but then I saw this… In a country that has not repainted a single building in 55 years, they’re instead painting the fence around a renovation site, for a building that they will probably never renovate… Just when you think Cuban Socialism is starting to make sense, you have to throw away the puzzle pieces and try to figure it all out again…

That concludes our re-posting of Harris’s Cuba coverage. We hope you enjoyed it.

We expect to have Harris attending our upcoming exclusive Meet Up in Aspen. If you’re an accredited investor interested in private equity drop us a line here and we’ll send you details on how you can join us.