From Zimbabwe to Myanmar we’ve personally had the pleasure of witnessing totalitarian government at its finest. The results are stunning and we’ve spoken about them before in these pages. Cuba, however is arguably the epitome of a totalitarian state if ever there was one.

It’s important to understand Cuba for a number of reasons, not the least of which is that the Western world from the great US of A to the British Empire (yes many Brits still actually think they’re an empire) is now besieged by militarized police forces, body scanners, security cameras, drones, and the all seeing eye of the homeland “protectors” themselves. Pathetic!

It all starts with good intentions of course, like those of our deceased friend Fidel. Today Kuppy delves into the economy of Cuba. Enjoy! 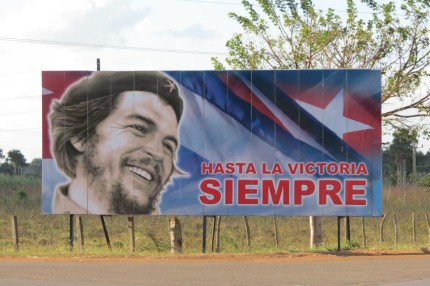 If the secret to economic prosperity was the erection of Che Guevara murals, Cuba would be the wealthiest nation on Earth. Unfortunately, revolutions are meant as transitions between an inferior form of government, and one that is supposed to be better. Revolution itself isn’t a form of government and socialist sloganeering only takes you so far. In the end, you need to produce things that people need. As one Cuban pointed out, Cuba produces cigars, sugar and more Cubans. That isn’t exactly the making of an economy; ironically, since the advent of communism, all three have seen their production decline.

During my second day in Cuba, a very wise taxi driver tried to explain socialism to me as;

“A big puzzle where you spend years putting the pieces together, only to learn that the last few pieces won’t fit how you want them to. Therefore, every decade, you need to disassemble puzzle and put it back together again so that you can get more of the pieces to fit this time.”

A few devoted socialists humored me by explaining that Cuba had finally created a perfect socialist state without classes. It was working, except that the state didn’t earn any hard currency to pay for imports. Cuba had no choice, but to re-do the puzzle—the foreign currency piece would not fit, yet by redoing the puzzle, they unfortunately took a step away from socialism. 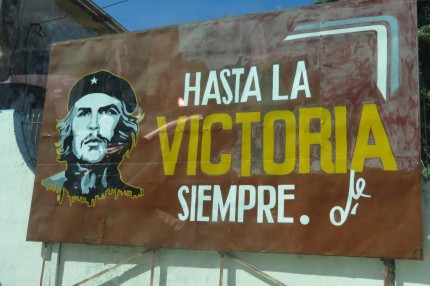 Cuba then opened up parts of the economy to tourists in an effort to attract foreign currency. At first, it was anticipated that tourists would choose to essentially seclude themselves in beach communities, surrounded by specially selected Cuban workers. The problem was that tourists had money to spend, and it didn’t all go to the state. Suddenly an unregulated market sprung up, driven by tourists.

In the communist critique of capitalism, whoever has the highest income, is the most valued in society. Today, in the tourist driven economy, prostitutes make the most, followed by tour guides, taxi drivers, bar keepers, waiters and anyone else who is paid in cash, either for services rendered or in tips. Meanwhile, doctors earn roughly US $20 a month while working for the state. Multiple people pointed out that if doctors are now choosing to become prostitutes and taxi drivers, how will there continue to be free health-care? It sounds like socialism in Cuba is having an existential crisis—is it time to re-do the puzzle? 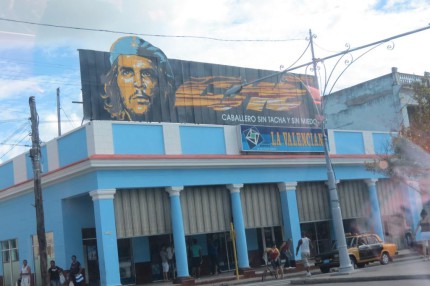 As one very devoted former communist youth leader pointed out, “Cuba now needs a handful of millionaire businessmen—otherwise prostitutes will dominate the social strata. Too many people have seen spendable money in their hands from tourists, for us to go back to the old system. The current system isn’t tenable. Cuba will have to move forward and continue to liberalize the economy—there is no other choice.”

As investors, that is all that you need to know—they’re about to re-do the puzzle again—now, none of the pieces fit. Once you start to liberalize an economy, the trajectory is set—it will only accelerate from there.

It has already begun to accelerate. Despite turning economic mismanagement into a science, we saw many Cubans buying flat screen TVs and designer clothing. Somewhere between a massive black market economy, tourism and overseas remittances, many Cubans are actually doing quite well—which I did not expect. That said, the majority are still mired in a form of socialist inspired poverty, where their needs are taken care of, but they cannot get much more than basic food. 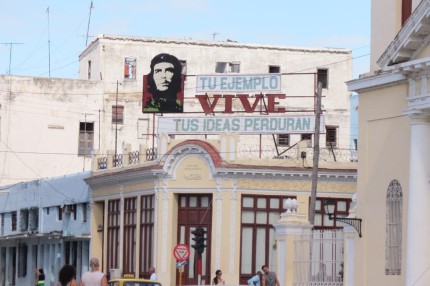 The situation with the currency is emblematic of the problems created by Socialism. The National Peso (CUP) is used by the government to pay government employees or the majority of the people. Meanwhile, the Convertible Peso (CUC) is meant for the tourist economy and only supposed to be accepted by certain businesses catering to tourists. In theory, one US Dollar is worth one CUC which is worth 25 CUP. Of course, in Cuba, it doesn’t work that way. At the government run exchange booths, $100 US Dollars are worth 87 CUC—talk about a wide spread. Meanwhile, CUC cannot convert back to US Dollars and the government mandates that all transactions happen at a handful of government exchange booths. No one will take US Dollars in a transaction outside of the exchange counters and Cubans are not allowed to possess US Dollars. Finally, the vast majority of stores will only take CUC for transactions and will refuse to take CUP—which is what most Cubans actually have.

So you enter the country with US Dollars, convert them into CUC at a horrible spread, but get most of your change back in the CUP that no one will accept. It is like the county fair where you have to buy either food tickets or ride tickets and you always end up with too many of one and not enough of the other. They might cost the same per ticket, but you cannot exchange them for each other. Meanwhile, the kid running the tilt-a-whirl will let you pay a dollar to ride it instead of 8 tickets because he wants to pocket the money. On the way out, you give the food tickets to some cute kid in line because you can only eat so much fried dough before your stomach decides the matter for you. Cuba is that dysfunctional carnival. 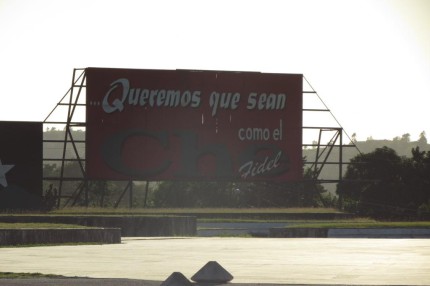 After the first time that I exchanged for CUC, I wised up to the fact that all the hotel employees are tipped in CUC yet desperate for US Dollars. I have been to many black markets in my life, but exchanging currency in Cuba has the feel of a drug deal, because it is equally illegal. In the bowls of the luggage storage rooms of various hotels, I asked why the bellhops would give me parity or better for my US Dollars.

“Castro says I cannot have it, so I probably want it.”

“When I escape this stupid island, my CUC won’t be worth much in Miami.”

“I can only pay the bribe for my travel visa in US Dollars. Since I won’t return from my travel, I won’t need CUC.”

Like most things in Cuba, there is an element of the surreal in everyday life, but that is to be expected when a government tries to interfere in the economy. 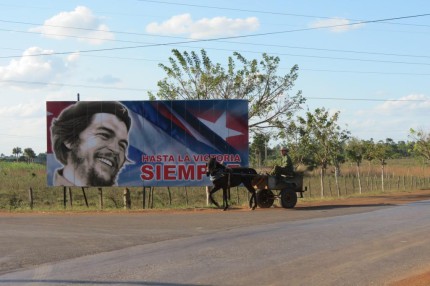 Fascinating to say the least… More to come.

“I come from Cuba. Taxes for me are no big thing.” – Tony Oliva

US sanctions, as detailed in statute, have absolutely nothing to do with regime change. Never have. That’s a canard used by the Left to discredit the United States and supporters of current policy. If the Cuban government wants access to the US market, it knows what it needs to do. The suffering in Cuba is caused by the regime, not the United States or our policies.