That we live in both exciting and dangerous times should be obvious to anyone not living under a rock. London’s cities are on fire, Europe teeters, Japan manipulates, intervenes, and the US…well the thugs now investigate S&P. Not that I care for S&P but its amusing nonetheless. Downgrade, how dare they!

Politics unfortunately plays an ever increasing role in the markets and by extension in many of the small companies that I typically finance. It’s not the way I like it but I don’t make the rules, I just play the game.

I’d Rather Not Be Part Of This Ridiculousness

Politics, and the pure ridiculousness of actions taken and being taken led me to giving some thoughts on the topic of democracy. For the record I don’t vote and I don’t consider myself a “citizen” of anywhere. To consider yourself a “citizen” is to think of yourself as the property of some non-descript entity typically controlled by people who you at best disagree with and at worst despise. It impresses me as particularly degrading and akin to “labeling” which I think is dangerous.

The reason I don’t vote, apart from the mathematical certainty that my vote is meaningless and the near mathematical certainty that I will be contributing towards propelling a parasitic self serving, egotistical, yet entirely ignorant, podium doughnut towards stardom is that I don’t care for any political party either. Not the Reds, Whites, Pinks or Browns, the Tea party, Libertarian party, or any other party. They all end up the same way, with some folks moving to expand their sphere of influence to the detriment of others who disagree with them. Voting is meaningless in its present form. “The people” are presented with a select group of egomaniacs with whom they have no connection, and who have proved repeatedly that they will never “represent” said “people” anyway. What a charade. I would go so far as saying its unethical to participate in such a fraud.

Representative Democracy? No, Thank You

Only eons past did “representative democracy” make any form of common sense. This was at a time when the simple logistics and technology existing made it difficult to transfer the desires of voters through the political and legal framework. Think horse drawn carriages and international travel involving months by ship…

Gratefully we’ve moved on since those simpler times, at least in terms of logistics and technology. Not so in politics. I spoke just recently about how technology completely transformed economies and countries in the past. I believe we have the technology to completely transform the political decision making process right here and now.

The premise behind my solution begins with the simple realization that we should not be voting on People or parties but rather on issues. People are fallible while particular issues are simply inanimate topics.

If the political decision making process was brought down to particular issues we would no longer be under the thumb of minority interests, entrenched lobbyists, and their attendant back room dealings. The issues would be voted on and the public servants would simply be required to follow the orders of the populace who have voted. They would indeed be simple messengers of the people and the word “servants” would actually more accurately describe their positions. 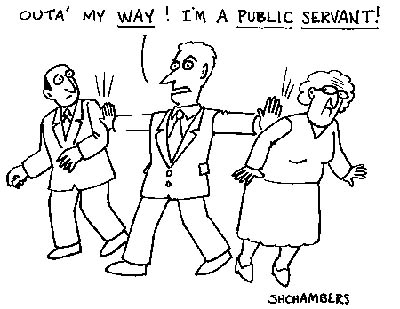 What We Need Is A Marketplace For SOLUTIONS

My solution is to vote on particular issues and to put the entire system online.

If you want a true reflection of what people really want then let them do so in a “marketplace”. Amazon and eBay manage to do this every day with disparate groups of people from all over the world “voting” for what they really want. Its an astoundingly successful model. Why not in politics?

I don’t need other people to make decisions on my behalf, which is what “representative democracy” is supposed to do. I am perfectly willing and capable of reading up on the issues requiring votes and casting my vote accordingly. I can quite easily educate myself about things such as what foods I wish to eat, how I can best educate my children, what wars I would wish to be engaged in or not. If I can educate myself about all those things online then why not vote online?

Since all that would be required for public servants would be to follow the orders of the public we would automatically be able to eliminate at the very least 50% of the current bureaucrats’ positions, not to mention the swathes of real estate they occupy which could be sold off to pay for some of the malfeasance they’ve managed to get up to while in a position to conduct affairs as they see fit. There would be no need for any persons to sit around debating and talking all day long at the expense of the taxpayer. The “people” will debate, just as they are already in chat rooms all over the world, on blogs such as this and many more, on twitter, and facebook. They will make up their minds one way or the other and vote accordingly. The decisions made would then simply be enforced by the public servants who are nothing more than messengers.

Naturally I think this a grand idea and astute speculators would stand to making a killing shorting PR firms that presently suck on the public tit, while this would also have the added benefit of annihilating lobbyists, entrenched interests and monopolies while the media would only benefit by interviewing people with some real knowledge of the issues of concern instead of politicians who typically have a preschooler’s grasp of the topics and issues in question.

We wouldn’t ask a motor car mechanic to operate on our iris, or a neurosurgeon to teach us how to surf, yet everywhere we turn we are confronted with the incredible stupidity in the media asking some career politician to opine on topics such as the human genome or deep sea oil extraction. We may as well ask Paris Hilton to explain quantum physics. This would automatically change. I realise that this system would wipe out legions of state departments. I mean who needs a dept of agriculture to determine what farmers can determine directly from their own homes via a voting platform where particular issues are voted on directly? Ditto the department of housing, education and so on. Good riddance.

Focus On Solutions Rather Than On People Who Claim Can Help

There would be absolutely no need for politicians to promise anything or deliver anything. It would see the death of lobbyists and entrenched interests. They would act purely as messengers of the people and act out those decisions. Decisions made by the people. I don’t expect it to be perfect but it would beat the current state of affairs hands down and cost an absolute fraction of the current systems that exist across most of the developed world.

In fact I would think that these “public servants” would be able to hold down jobs much like the rest of the population and perform their civic duties in their spare time. Much the same way public servants did in the founding fathers days.

I would take the voting process a step further than merely deciding what “should” be done. Why not incorporate your tax dollars into the equation. From my own personal experience people are easily led to making decisions when it’s someone else’s posterior on the line. When it’s their own hard earned capital at risk it becomes a different story. It’s one of the reasons I talk about the deals we’re involved in and our own thoughts on markets. We may not be correct but we eat our own cooking. Voting should be no different.

Take for example the decision of going to war. Yay or nay. Tick a box.

If its yay provide details in order to enlist yourself to fight said war. Remember soldiers will be voting too here. There’s direct democracy for you. If you want and believe a war is what needs taking place then go right ahead, but you need to put your posterior where your mouth is. Perhaps you’ll reconsider at night when you have time to think through your actions and you begin to have visions of lying on a side street in Farflungistan staring at your entrails, perplexed as to how this all happened. I envisage some fancy drop down boxes where voters will elect what percentage of their income tax dollars go towards the war and whether or not they or their children will be signing up to fight the war. I suspect people would become directly responsible for the decisions they make and would very quickly rethink some of the topics.

I think we’d have an entirely different set of decisions being made. It may not be perfect but it would actually represent the will of the people.

Crazy thinking I know. I mean could we trust voting online? probably not. I mean it’s an unknown world right? With all manner of bogeymen out there? It’s not like we’d ever be so crazy as to bank online, pay our bills online, shop online, get our news online or manage our daily lives on mobile phones. Nutty stuff.