I talk a lot about the global investment markets here. I’m focused on making profits, and often I’m looking to make multiples, knowing full well that some opportunities won’t work out. I’ll get timing wrong or I’ll miss something entirely and need to hedge, reposition, or exit entirely. That’s life.

But I haven’t spent much time on stating the obvious (because I figured it’s obvious) so today’s post is going to do just that.

We are going to forget all about economics, financial markets, central banks, derivatives, GDP, and all that fun stuff, and we’re going to go all the way back to some basics. Basics which purple-haired grandmothers everywhere would approve of as they make that second cup of tea from the same teabag.

How to Get Rich… Easily

You’ll see headlines like the above one all over the place and they’re all bullsh*t.

They come neatly packaged with some shiny toothed douchebag standing in front of a rented lear jet or some gratuitous ostentatious far-to-big house while standing next to Mr. Douche is some bimbo with far too large breasts who appears to be only just managing to contain the collagen which infests her lips from exploding over the screen. They simply scream, “Look at me, I’m an asshole!”

You don’t need me to tell you that life is nothing like that.

I am writing this because I receive emails from people of all ages looking for advice. From middle-aged guys and gals asking, “What do I do now to get secure?” Secure… not rich, just secure. Why? Because they’ve been making the wrong decisions for at least 2 decades and they’re realizing time is running out and the current path of mediocrity isn’t likely to make them rich, let alone secure. That’s a big problem, which I’m not even going to try tackle here. This article is for those who haven’t yet been led down the rosy path of consumer driven expectations.

This is a 4 point summary for younger guys and gals, someone coming out of college or high school.

The goal here is to build net worth as fast as you possibly can.

Is net worth the amount of accumulated wealth you own? Nope, not really.

That’s a terrible metric. Net worth should really be calculated as a number of years, not a dollar number. I call it “the beach ratio”.

Your goal should be to ensure you don’t end up like this. 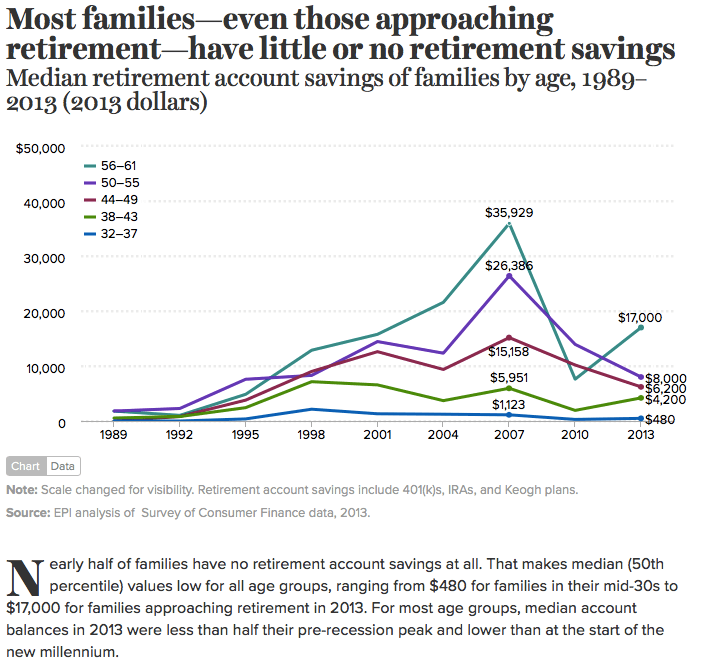 The above data comes from this this study done by the Economic Policy Institute. A couple of things to consider. The average American couple (that’s two working people!!) has $5,000 saved for retirement. Nearly 40% of the population has $480 saved. How many of that same 40% own a new smartphone? Just sayin’…

So we don’t want to end up there, OK? Let’s get started.

1. Set Yourself a Base FIXED Expense Ratio

Let’s say you come out of college or high school and you’re earning $50k/year. For goodness sake don’t spend more than 10% of your income on accommodation. Now immediately I know I’m going to get a ton of emails saying…oh but you don’t understand Chris…where I live you can’t get a decent apartment for 3x that.

Look. You have to decide if you’re prepared to sell your future upfront for comfort now or not.

When you’re in your 20s you can (and should) flat-share with others to ensure that you don’t castrate yourself financially before you’ve even tried to procreate. I know of people spending 30% or more of their income on rent and doing it well into their 30s, 40s, and even 50s.

That, my friends, is catastrophic to wealth creation and is like dumping a bag of cement on your back and then trying to swim the English Channel. Good luck, you’re cementing your path to poverty. Real poverty, like in those 3rd world charity commercials you’ve seen, because for anyone that’s been reading capitalist exploits for some time they are fully aware there is a coming pension crisis and there ain’t nobody to bail you out but you.

The task is to fix your expenses as low as you possibly can and then work your tail off on expanding the right hand side of the ledger.

As a rule of thumb your expenses should never exceed 70% of your net income, though 50% is really the number.

What does this mean?

When you’re in your 20s it means no $7 tequila shots to be had from the gyrating crotch of an intoxicated beauty and no lattes to follow the morning after to cure a hangover. 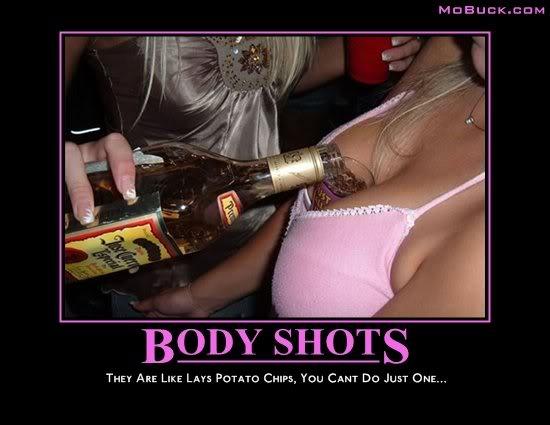 You won’t have the time. All your time should be focused on generating income streams. If you don’t like the concept then by all means join the rest of the crowd, enjoy yourself now and welcome a life of mediocrity. Nobody will fault you for it because it’s what everyone does. This is your choice. It’s black and white. You’re 20, you have high energy levels, don’t need much sleep, have high risk tolerance, and now is the time you actually should…no, need to be taking risks.

Create the habit, do what is necessary and do it early. If you’re working as hard as you should be at this age you won’t have the time or energy to be spending any money anyway.

For the purposes of this article let’s work on a 3% annual pay increase. You’ll be gaining experience, increasing your skill set and this is reasonable. It can easily be higher but let’s be conservative.

My readers are a sharp bunch so you’ll understand quite quickly that if you get more than 3% pay increase it all drops to the bottom line.

As mentioned in point 1 above you should be taking risks. What sort of risks?

Risk your time on things that will educate you to be able to execute better. Develop skills that you can monetise.

If you’re in a job, which presumably you are or will be, you should be on a constant lookout for opportunities to try your hand at building business incomes. By the time you’ve been at your job for 3 years, if you’ve not got at least one side business operating outside of your job you’re doing it wrong.

Your income is going to be rising because you’ll be working your little tail off in your job, and additional gigs which bring income.

Let me say one thing about taking additional gigs to earn more income. Focus on things which increase your skill sets. (some examples) Pumping gas wont do that, waiting tables won’t do that. Instead pick industries that are evolving where opportunities will open up… if only due to fewer entrants knowing they exist. Robotics, programming, anything that can’t be automated away because automated away it will be. It’s only a matter of time.

If you ever attend those bars and clubs your peers are going to on weekends it should be to learn and work in the clubs. If you get lucky on the side all the better but you’re not focussed on that. Learn the mechanics of the business. When the club owner is looking for that $250k expansion capital to setup a new club across town guess who’ll have the investment capital to take an equity ownership, and have a deeper understanding of the business?

Buy long dated options. What do I mean by this?

Let me use an example:

In the early and mid 2,000s I had some friends who were earning great money doing web development. Some were taking additional courses to better their skill sets but there were no barriers to entry. None. Ok, there was the MCSP (Microsoft Certified Systems Programmer). Remember that?

One friend saw the writing on the wall for his job and continued to work in his job but instead of “up-skilling” with various programs sold, used his spare time to moonlight at a firm building CMS systems.

The skills he picked up there helped him snatch a job which included an options package at a Danish software development company which went onto develop a CMS system for packaging firms, and after just 7 years and a buyout from a private equity firm he walked away with about 14 million euros.

That is what I mean by buying long dated options.

My daughter loves horses. Every little girl wants a pony, right? The thing is I can’t see how learning how to break in, and train a horse will ever be done by a robot. As our world becomes increasingly automated and the robots take ever increasing tasks it makes sense to me that as humans we’ll gravitate towards, and place increasing value on certain non mechanical and natural things in our world.

And so, mucking out horse stables and paddocks, and learning horsemanship skills (not rich Daddy riding lessons for little princess, oh no) can come in handy in the future. You can’t start early enough.

When you internalise what I’ve just said and really get it. You’ll see a marked change in your net worth in just 2 short years and you’ll realise that every single dollar you SPEND is arsenic to your net worth (beach years). Stick with it and you’ll get income acceleration as you have increased not just income but most importantly net worth.

This is pretty much guaranteed if you stick to it. By the time you’re clocking in at 30 years on this ball of dirt you’ll be richer than most highly paid investment bankers (trust me on this) based on how many years you can survive (remember: the beach ratio).

Remember, it doesn’t matter if you’re earning $100,000 a year or $1 million a year. What matters is how much you’re spending relative to your income which provides you with your “beach ratio”.

My last point: If you disagree you’re just disagreeing with math and you may as well disagree with soil. It is what it is and the only thing stopping you from getting secure and then wealthy is will-power. Exercise it early and exercise it hard.

Over and over again I’m baffled by the calibre of people who don’t understand this simple framework – investment bankers, business owners, venture capitalists,… you get the picture. So share this with anyone you think needs to hear it.

It is my sincere hope that at least one of you reading this will contact me in 10 years time with the subject line, “F**k yeah, I did it!”

“Too many people spend money they earned, to buy things they don’t want, to impress people that they don’t like.” ― Will Rogers