Four Reasons to Keep an Eye on North Korea

Last week I wrote about the possibilities of increasing change in North Korea, and its importance in the complex Northeast Asian region, which is quickly becoming a fault line between the world’s three leading powers.

I have been writing for a couple of years now and it is safe to say that this post has generated stronger reactions than anything I’ve done previously, ranging from genuine interest (“I’ve heard that Jim Rogers has invested in North Korea – how can I do the same?”) to skepticism (“How can you consider yourself an authority on North Korea if you’ve never been there?”) to the absurdly naïve (“How the #$%^ can a self-respecting American possibly consider putting money into the pockets of our country’s enemies?”).

Everyone is busy these days, so I’ll save you some time and advise that if your response was the latter of the three mentioned above, you might as well stop reading. You probably also believe that embargoes and sanctions are effective policy against corrupt regimes, which is a point that Messrs. Bashir, Castro, Mugabe and the late (and unlamented) Qaddafi would have enjoyed with a healthy chuckle. I would argue – as would many of the free-thinking readers who offered some very insightful comments last week – that unrestricted flow of capital is the most effective way to encourage reforms. History has proven time and again that regime change does not occur when conditions are at their worst, but when circumstances begin to improve and the people grow impatient for further progress. 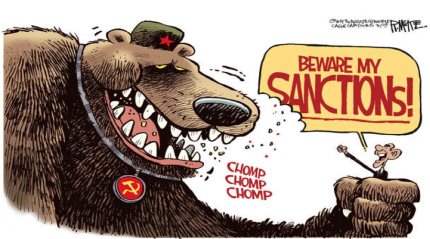 The Korean peninsula plays host to the world’s longest-running unresolved conflict. Sanctions, diplomatic negotiations, economic assistance and even shameless state-level bribery have failed to resolve the issue after 64 years of conflict. When a dispute has outlived 92% of the global population then it’s clearly time to consider a new approach.

Obviously very few people have an informed perspective on the ground there and any news – even the kind normally carried in supermarket tabloids – is breathlessly reported. Clearly the world wants to know more about the DPRK, and the only way to acquire this insight is to engage with North Korea. I would argue that, instead of leaving the task of engagement to government bureaucrats with terrible track records, free trade remains the best strategy to improve both our knowledge of North Korea and the fortunes of its people. The following are just a few reasons why it may be time to reconsider your perceptions of the DPRK:

1. In most cases investing in, and doing business with, North Korea is perfectly legal – even for US citizens.

Current United Nations sanctions are not as draconian as you might believe. The US government lifted most export bans in 2008. The UN Security Council’s latest resolution, dated March 2013, still calls for an outright ban of exports regarding: any equipment that can be considered dual-use for production of nuclear or chemical weapons; any equipment that can aid development of ballistic missiles; or luxury goods (jewelry, yachts, luxury automobiles and race cars). Do you work for Louis Vuitton or Raytheon? If not, then your company can probably export to North Korea. Before doing so, check the US government’s Specially Designated Nationals list to ensure your potential business partner isn’t anywhere to be found.

If you’re a US citizen or work for a US company, then you should take the extra step of reviewing the OFAC (Office of Foreign Assets Control) guide on North Korea. You probably can’t import anything from the DPRK, but there are no export bans beyond what is covered in the UN resolution mentioned above. No government permission is required for US citizens to travel to the DPRK. Ensure your legal counsel reviews your proposed market entry strategy in relation to current legislation before going down this road.

This is not to say that North Korea is open for business – I’m not naïve and you shouldn’t be either. It’s likely that your biggest obstacle won’t be government interference, but in finding a bank that will actually work with you (drop me a line if you want some recommendations). The important point is that in most cases you are not legally forbidden from doing business in the DPRK.

2. North Korea is in a very interesting neighborhood.

Last week I mentioned some key points about Northeast Asia, and how pivotal this region will be in the coming decades. We are only beginning to understand how much change will take place in this part of the world. There is absolutely no doubt that we are now in the early days of a new Cold War, with America and its Western partners aligned against an uneasy alliance between China and a resurgent Russia. These two countries have starkly different agendas, but both have a clear and vested interest in reducing American economic hegemony and ending the dollar’s status as a global reserve currency. They are, respectively, the world’s second- and third-most powerful nations and the ancient stratagem “my enemy’s enemy is my friend” clearly reflects their current economic policies.

Last week the headlines focused on the enormous $400 billion gas deal between Gazprom and CNPC. Another story was arguably more important yet thinly reported – on the day before the gas deal, Russia’s VTB Bank signed an agreement with the Bank of China to bypass the dollar and pay each other in domestic currencies. This is a small step, but we will see many more of these agreements in the coming years. America’s economic dominance is slowly but surely coming under threat, and challenges to its influence will be stronger in Northeast Asia than in any other region.

3. Russian influence in North Korea is on the rise.

Recent tensions in Ukraine are not the catalyst for Russia’s increased interest in Asia; rather, these problems have accelerated an ongoing initiative to reduce its reliance on hydrocarbon exports to Europe. Two years ago the Russian government created the new Ministry for Development of the Russian Far East in order to spur internal economic development and trade agreements with regional partners. The Gazprom-CNPC gas deal was important, but is only one of many initiatives taking place in Russia’s eastern regions. 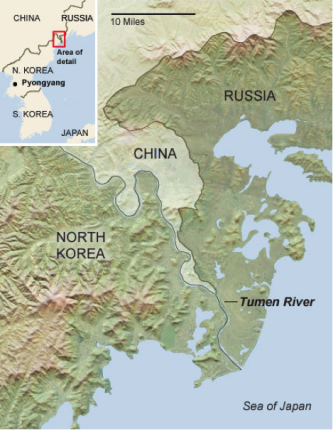 Russia shares a 17-km border with the DPRK along the Tumen River – a tiny stretch of territory that nonetheless holds enormous potential for Russia and could become a game-changer for the DPRK. For the past several years Russia has been negotiating with the North and South Koreans to build a gas pipeline and rail link that would (a) connect the Trans-Siberian Railway to the Trans-Korean railway, and (b) connect South Korea (the world’s second-largest gas importer) to Russian infrastructure.

Conservative estimates of South Korean demand for Russian gas approach 10 billion cubic meters per year – just over 25% of last week’s China deal. This is undoubtedly important to Russia, but by far the biggest prize would be a rail link. The implications for global trade could be significant, in that it would become possible to ship Korean exports from Busan via Russian rail to Europe in one-third the time of conventional shipping via the Suez Canal. (In fairness, it remains to be seen how many European customers will entrust their shipping needs to Russian Railways). Don’t believe it? It’s already happening.

As a sign of their interest, earlier this year Russia forgave a $10 billion debt obligation that the DPRK had held since the 1980s. Speculation abounds that this has been offered in exchange for the right to build the rail and gas infrastructure mentioned earlier, which will transit through the DPRK into South Korea. If completed this would increase South Korea’s reliance on Russian gas from 6% to 30% of its total requirement, and achieve the strategic goal of communicating to the Chinese that Russia need not rely exclusively on them to provide new export markets. For the DPRK, such an agreement would immediately convey the status of energy transit country – an exclusive club which, as the Journal of Energy Security reports, has benefitted Turkey, Georgia and Kazakhstan exceedingly well over the years. Such a deal would change the DPRK’s fortunes overnight, and it appears increasingly likely that the Russians are committed to this strategy.

4. North Korea has significant mineral resources – and is largely unexplored.

For obvious reasons North Korea remains one of the least-explored areas on earth. There are many historical similarities with Mongolia, as Soviet and Japanese geologists ran surveys until the 1970s but very little exploration has since been conducted with modern technology.

Recent estimates are that the DPRK’s reserves of rare earth elements (REEs) may surpass those of China, who currently produce 95% of global supply. A deposit based in Jongju province was surveyed in December 2013 and estimated to hold 216 million tonnes of REEs, or six times the proven reserves in China. These are conceptual and not yet proven, and an exploration license has been granted to a joint venture between a British exploration company and a North Korean state-owned entity.

Proven and estimated reserves in North Korea include:

At this point the skeptical investor should ask several questions:

I will address all of the above next time, when we’ll also review ongoing infrastructure development and at least one listed company that offers direct exposure to DPRK resources. Most importantly, we’ll discuss whether the regime has any interest in opening its doors to foreign investment and whether conditions are truly changing after decades of isolation. I will point out that the relationship between North Korea and its neighbors – particularly South Korea – is much more complex and nuanced than the simplistic narrative (i.e. “those guys are all barking mad!”) than we have been led to believe.

Finally, keep in mind that if this blog sounds optimistic and unbalanced it is not because we are endorsing investment into the DPRK. This blog is only intended to offer a contrarian argument against the conventional portrayal of the DPRK as a reclusive wasteland – in other words, to question what you are hearing from mainstream media.

Talk to you next week…

“There is a different future that is available to North Korea, if they choose differently.” – Mitchell Reiss

Chris has founded and built several multi-million dollar businesses in the investment arena including overseeing the deployment of over $30m into Venture Capital opportunities and advising family offices internationally. Prior to this, Chris built a career at Invesco Asset Management, Lehman Brothers, JPMChase, & Robert Flemings.
MORE ARTICLES »
PrevPreviousTrading Floor Insights with Brad Thomas
NextI Want My Children to Go Cold and HungryNext

Again, another fascinating look at North Korea. I will be passing this on to some of our analysts. Thanks for posting!