What Would You Do?

That was the question we posed to you earlier this week if you were a CEO of a mining company in South Africa. If you want to see a crazy mining charter, go check out our post on what’s happening in South Africa.

Not content to live in their own little world of make believe words and realities the hand-wringing, teeth-gnashing lefties are pushing to control our speech and by force, if they must. From Healthline, a California health info provider: 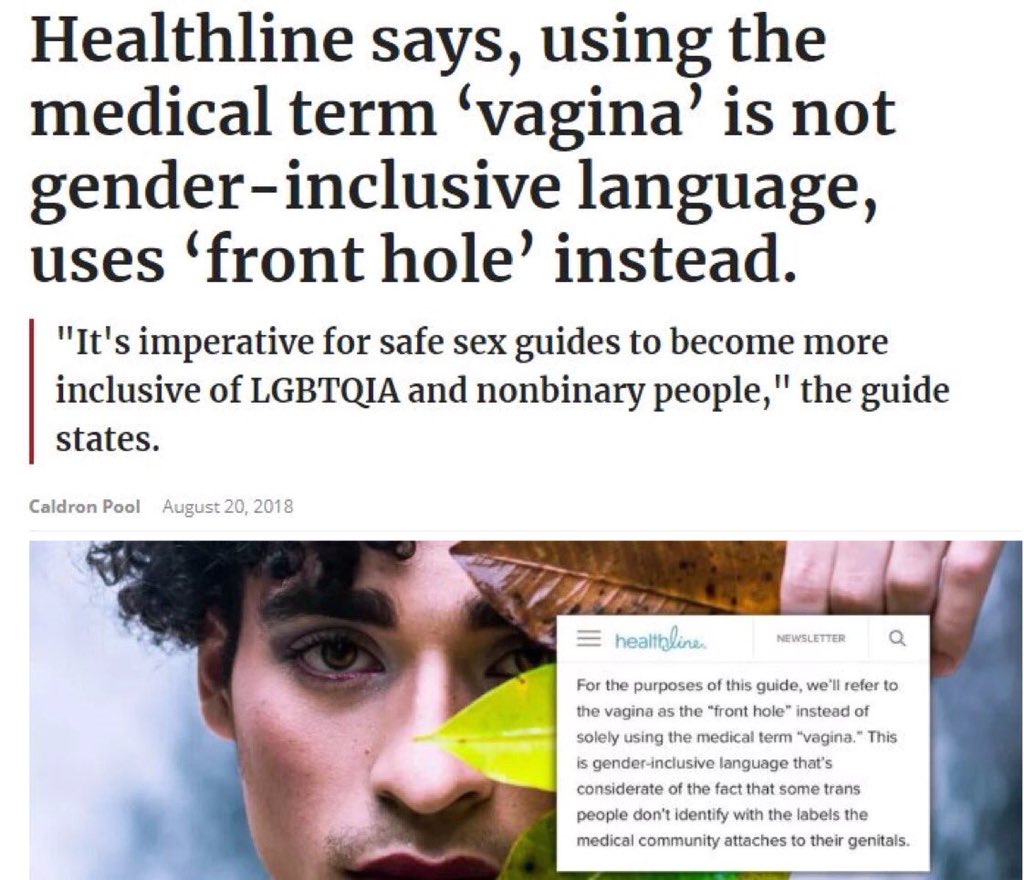 We can laugh at the absurdity of this but unfortunately this goes much deeper. What we’re dealing with here is a Neo-Marxist movement that threatens to restrict freedom of speech. I’ll remind you that’s more dangerous than a crazy man with a machete and a wild look in his eye.

Every level of progress that man has managed began with dialogue, thoughts. Only with those can any action be taken.

It may be worth revisiting what we wrote when we were wondering if this is how the Western Civilization ends.

Specifically, we examined where this has led in the past:

Here’s a graph of the bolivar against the greenback:

Sorry to be the bearer of bad news but the reason for bringing up Venezuela isn’t because we’ve any positions related to the catastrophe there, but rather because it provides us with a real time understanding of how socialist Marxist policies always unfold.

We just had a detailed discussion on this very topic and how we’re trading it. You should absolutely go check it out here.

Worth More Than Singapore and Hong Kong Combined

$4,000 a share. That’s what Ark Investment management CEO Catherine Wood believes Tesla will be worth in a mere 5 years. That puts Tesla at a $672 billion market cap, making it worth almost as much as the GDP of Singapore and Hong Kong… combined.

Wood believes Tesla, with a current market value of around $56 billion, should be in the same league as the big four tech stocks due to Elon Musk, the billionaire founder of Tesla and SpaceX.

I guess we better get long then. You can read it all here.

Those annoying Tesla employees who keep reporting massive waste and poor conditions really are out to “sabotage” the company.

Crazy, I know But…

Judging from the pundits on TV US stocks are off to the races and vs the rest of the world we could be breaking out of a channel that's held since 2008. Questing is with Fed QT where's the money coming from to power the rally? My bet is EM …watch Brazil pic.twitter.com/4HRI62dkOU

It’s a topic we’ve been covering in Insider, and yes, it’s what we’ve been expecting. Lucky us!

…and Jamie Keech discussed a host of really fascinating topics. Many stood out for me but one in particular (since I’m a money grubbing greedy capitalist). This:

We are in a complete sea change in terms of how capital markets work. So much money is being moved out of actively managed institutional investor funds and being put into passive funds, ETFs, which only invest in very large companies which are very liquid. So all of that capital has basically evaporated to mid-tier and junior companies. It just doesn’t exist anymore.

Go listen to it here. It’s awesome. Probably the best conversation I’ve ever heard Nolan on.