Today we’re hearing from our resident mining guru, Jamie Keech. Jamie’s previous article on a bull market in nickel was well received, and today he delves into some key principles for every resource investor.

Let’s start with a quote:

“For to everyone who has will more be given, and he will have abundance; but from him who has not, even what he has will be taken away.”
— Matthew 25:29, RSV.

For every Bible pounding Christian out there, it offers some uncharacteristically tough love from the Savior and for every indignant atheist, a nay missed opportunity to point to some theocratic hypocrisy.

But regardless of your views on immaculate conception (I think we can all agree it’s less fun) perhaps that clever little middle-eastern carpenter was onto something:

Maybe he was just telling it like it is?

Enter: sociologist Robert K. Merton who, based on the above bit of scripture, coined the term “The Matthew Effect” a rather elegant way to say: The rich get richer and the poor… do not.

Or perhaps better put: to win once begets the likelihood of winning again.

We all know that inequality is a fact of life, and as they say “to the victor go the spoils”.

The Pareto Principle in Mining

The most famous iteration of the Matthew Effect is the Pareto Principle, commonly known as the “80/20 Rule” as demonstrated by Italian economist Vilfredo Pareto.

The idea originally pertained to the creation and distribution of wealth, stating that 20% of a given population is responsible for 80% of the output, and the other 80% is more or less useless unproductive hangers-on. If you’ve ever had a job you can probably attest to this, and if you can’t… well, then you know which group you fall into. 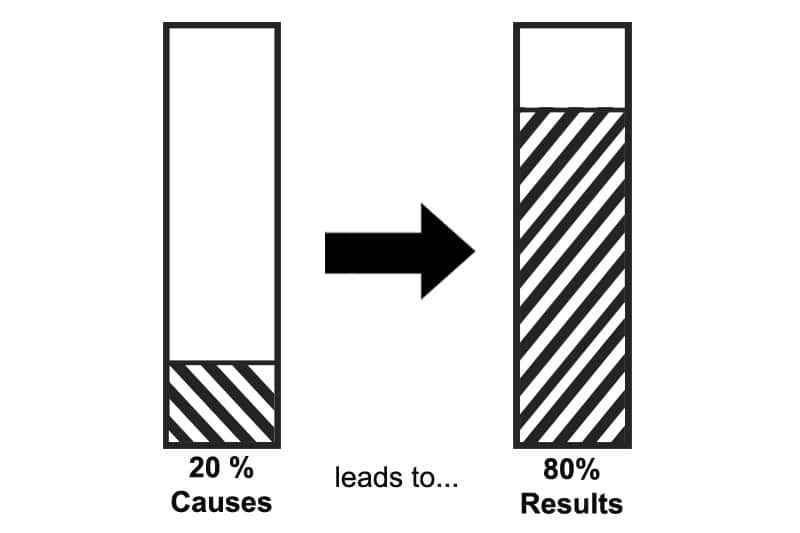 Pareto first demonstrated his rule by showing that 80% of the land in Italy was owned by 20% of the population. It has since been extrapolated across disciplines such as academic citations, book sales, and hits songs. Pretty much everywhere.

An oft-quoted maxim amongst speculators is “Bet the Jockey”. This means that when choosing a stock, bet on the team, not the project. The heuristic stems from the belief that the best management teams will get the best projects, and that the average investor is more able to judge the caliber of an individual (and their track record) than a mining project.

Occasionally this method seems to work out:

Then there is pretty much everyone else.

There are a lot of reasons for this: management is often incompetent, or the geological concept doesn’t quite pan out, or the market turns against them, or metal prices drop and then slowly (or quickly) the company ceases to exist.

Even the winners rarely spend much time on top.

A seldom-discussed aspect of the 80/20 Rule and one conveniently overlooked by the SJW’s constantly banging the inequality drum is that turnover at the top is very high. While there is always a small number of people that control a large amount of money/power/prestige/etc. it is rarely the same person for long.

It’s common to the point of cliche to see a management team come off a big discovery only to flounder and disappear on the next bigger/better project. The obvious (and hotly denied) reason is that most discoveries are not a result of visionary leadership or ingenious ideas, rather something far more common: Luck. 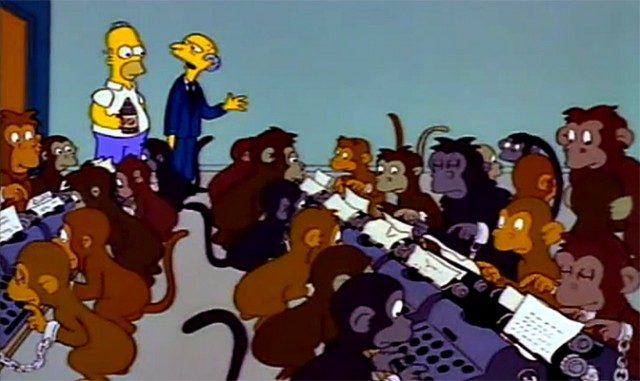 And eventually, someone is going to find a gold mine.

So how do we control for luck? Sort out the monkeys from the serially successfully? Find the top 4%?

Tolstoy said, “happy families are all alike; every unhappy family is unhappy in its own way.” I say “great management teams are alike, but the bad ones all suck in their own unique way.”

Here is what you should look for:

1. Have they done it before?

In his book, “Principles” Bridgewater founder Ray Dalio writes that when hiring someone he checks to see if they’ve done the job at least 3 times before.

This controls for luck. Anyone can get lucky once, the blessed twice… but it’s hard to do so a third time. Anyone who has pulled off three wins is more likely to be competent.

It’s also important to note if someone is in their domain of expertise. A mine is not a mine is not a mine. Finding a porphyry copper deposit in Alaska is not the same thing as building an underground epithermal gold mine in Peru. Ensure that a team’s track record is relevant to the job at hand.

After a person has had multiple successes another phenomenon begins to occur: People beg them to take their ideas. They line up to give them away because everyone has at least one good idea but almost no one can execute.

This inflow of ideas gives them access to opportunities that the unproven simply do not have.

One of the reasons that David Lowell has made more discoveries than anyone else is that he knows when to kill a project. If a target isn’t shaping up the way he expects, he kills it quickly and moves on to the next. He doesn’t spend 5 years (and millions of dollars) praying the next drill hole is the one that proves the theory – he moves on to something better.

Does management waste time on projects with no future? Have they killed projects in the past instead of wasting investors’ money? Did their first project just happen to be a big win?

These are things to look out for.

3. Do they only have one shot?

There will be delays. There will be cost overruns. There will be social issues. I’ve never heard of a project coming together without a complication. There are simply too many unknown unknowns in a mining project. Will the team be able to manage problems when they occur?

Do they have the budget to weather delays and setbacks? Do they have the faith of their backers and the ability to raise more money when they need it? Or are they banking on everything going according to plan?

4. Do their incentives align with yours?

People do what they’re incentivized to do. Period.

This means that the management teams’ incentives need to match yours. They must be meaningful shareholders, and their salaries should be good but not cushy. They need to win if, and only if, shareholders win.

If they have the opportunity to slowly dwindle away the cash in a plush office on $300k a year regardless of what happens to the project… you’re screwed.

5. Give credit where credit is due

For every successful project there are a dozen people who claim responsibility and leverage it for the remainder of their career; or in the words of JFK “Success has many fathers, but failure is an orphan”.

Don’t be fooled. Most big wins come down to the ability or the effort of one or two key people who get it over the line; everyone else is just helping. Just because someone is a good addition to a winning team does not mean that they can repeat the process on their own. From every successful team, you’ll get half a dozen spin-outs who try and do it themselves. Do your homework and be sure to give credit where credit is due.

Backing the right jockey won’t guarantee success. In fact, many of the best performers in the space have almost as many losses as wins on their cards. But the best people tend to get better opportunities and know how to make things happen when they get their hands on them.

Over the coming weeks, I’ll be digging into some of the best opportunities in the mining space. Undervalued assets, asymmetric trades and a proven management team (that meet my rules above).

By identifying these leaders and exploring the opportunities, they’re creating investors that will be well ahead of the pack. And if that doesn’t work out, at least you’ll have Jesus on your side…

“In any field of human endeavor, some people succeed better than others. So, investing with people who have been serially successful is probably more important than any other single variable.” — Rick Rule

Chris has founded and built several multi-million dollar businesses in the investment arena including overseeing the deployment of over $30m into Venture Capital opportunities and advising family offices internationally. Prior to this, Chris built a career at Invesco Asset Management, Lehman Brothers, JPMChase, & Robert Flemings.
MORE ARTICLES »
PrevPreviousInsider Weekly: Killing Two Birds With One Stone
NextOil Wells That End Well?Next

The Problem With Turkeys: A Curious Case For The Platinum Group — Capitalist Exploits

[…] most difficult part about PGMs is finding exposure to good assets and good teams outside of South Africa. In the coming weeks we’ll be exploring opportunities in the space and […]

The Financing of Mining Deals is Changing. Here's How to Profit.

[…] Today companies are begging for their attention (and their dollars). Investors can now participate directly in equity financings, but with added autonomy comes greater responsibility. A consequence of the freedom of online trading is that investors no longer have a broker they can trust to vet opportunities for them. It’s now up to them to find the deal, evaluate the project, and appraise the management. […]

[…] At present corporations are begging for his or her consideration (and their {dollars}). Traders can now take part straight in fairness financings, however with added autonomy comes better duty. A consequence of the liberty of on-line buying and selling is that buyers not have a dealer they will belief to vet alternatives for them. It’s now as much as them to seek out the deal, consider the challenge, and appraise the administration. […]