Gold has remained a fundamental piece of culture among humans for thousands of years, although over time its uses have changed drastically. While it has held value to humans for millennia, its first recorded use as a medium of exchange was around 4000BC. From here it progressively became a cornerstone in the assets of individuals, families and even civilizations. Today gold has many applications but its most prominent use is as a store of wealth. As the above-ground supply is scarce and has average supply growth of 1.6% per annum, it offers a commodity that retains value much better than any widely used currency today. As a risk hedge, gold gives investors portfolio diversity and reduced exposure to global market fluctuations.

Bitcoin, often coined ‘Digital Gold’, is a decentralised digital currency that has seen a sharp growth in popularity due to its anti-inflationary properties and potential for capital growth. The cryptocurrency was launched in 2009 as a “trust-less” cash system that gave users an alternative to the current monetary framework. By creating a peer to peer transfer system, traditional intermediaries that were previously required for digital transactions could now be sidelined, limiting costs and increasing security. As an investment opportunity, Bitcoin can aid investors with all types of risk profiles. By investing as little as a single digit percentage of your portfolio into Bitcoin during the past decade, risk adjusted returns would have improved substantially.

While gold’s purchasing power parity has fluctuated over time, it has consistently returned to the historical average. These fluctuations often occur in times of economic turmoil, with the most prominent examples in recent times occurring due to reactions to monetary policy and crisis situations. As this occurs, many fail to understand how the value will continuously revert to its long-term average. The main factors driving this long-term price inelasticity are liquidity and intrinsic value. This intrinsic value is derived from its scarcity, difficulty to counterfeit and non-existent degradation. Thus, parties are willing to accept gold as a medium of exchange globally. This is what positions gold as one of the most liquid assets in the world. While this is the case, obvious constraints surrounding transportability are limiting, especially in high value transactions.

Similar price fluctuations are notable in Bitcoin’s meteoric rise as a store of value, although a macro view provides investors with evidence of consistent positive growth. Bitcoin’s place as a store of value is largely due to its controlled supply and scarcity. This promotes high liquidity and in turn perceived value. This high liquidity is foundational in supporting Bitcoin’s borderless status, allowing holders to transfer near-instantaneously anywhere in the world. In addition to this, its divisibility is unparalleled. One important factor that positions Bitcoin as an invaluable asset is its cryptography backed security that limits exposure to issues such as theft and confiscation. As these issues are more common among other asset classes, risk is comparatively reduced. In addition, it is conceivable that Bitcoin becomes a unit of account in the coming years, further solidifying its intrinsic value and strengthening its position as a reliable store of value.

Value as a Risk Hedge Asset

Purchasing gold as a value risk hedge has been common-place for decades and is proven to aid in portfolio diversification and risk reduction drastically. As seen in figure 1, inclusion of gold in an individual’s portfolio has potential to reclaim ~10% in lost growth over the course of a decade.

Similarly, Bitcoin is establishing itself as a valuable tool in defending portfolios from risk. As can be seen in Figure 2, the crypto’s correlation to other major common assets (over time) is incredibly low. Overall, this table represents the asset’s power as a hedge asset. With no strong to moderate correlation, the price is unlikely to be dramatically affected by small to medium shifts in the pricing of other assets.

Much of gold’s value is reliant on its perceived scarcity as supply is limited and demand is heightened, particularly in times of economic turmoil. While gold itself is actually quite abundant, the perceived scarcity is due to its stock to flow ratio. In essence, the volume of above-ground gold far exceeds the possible annual production. This is caused by expensive and demanding mining and refinement procedures. The current stock to flow model for gold details that at the current production rate, it would take 62 years to attain present gold reserves.

Currently, Bitcoin’s stock to flow ratio sits at 55.92, just under gold and much higher than any other commodity on offer. After the next halving (expected in 2024), Bitcoin’s ratio will exceed that of gold and become the ‘most scarce’ asset in the world. This could further secure its place as not only a store of value but increase stability and coin valuation.

This scarcity is what poses gold as an “anti-inflationary” asset, one that protects owners from the impact on fiat money inflation. Since the link between gold and the dollar was completely severed in 1976, the value of the dollar has decreased significantly in comparison. As was seen during World War 1, a gold backed dollar did not allow for the over-zealous creation of money as gold is scarce. On August 15th 1971, US President Nixon announced that the US would no longer exchange gold to the greenback at the fixed rate of $35. Thus, the currency valuation pivoted to the Bretton Woods System which relies on a set of rules surrounding the nation’s monetary policy in order to maintain exchange rate accuracy. Such a reliance on monetary policy to control currency valuation resulted in inflation that was directly linked to government action or lack thereof. One of the best and widely-supported hedges against inflation remains gold for the same reason that the US chose to abandon the gold standard – the supply is limited and holds intrinsic value. This solidifies value when other assets such as currency devalue.

As Bitcoin’s supply is controlled and limited, its nature is deflationary. As a portfolio asset, it offers a diversification opportunity that has real potential. In the same way that many cite the gold standard as an economic safety net in the 19th and early 20th century, Bitcoin is continuously proving to be a real option of inflationary counter measure. Not only on an individual level but also at an institutional level.

In the wake of the Covid-19 market crash, the price of gold has skyrocketed to almost US$2000 per ounce. The value of the US dollar has fallen 9% since March, leading to a run on gold by those concerned about the future of the greenback. Since February, the nation has seen a US$3 trillion increase on the Federal Reserve’s balance sheet, raising alarm bells for impending inflation as the economy opens up. With no viable solution in sight, demand for gold will continue to increase further, boosting value and positioning it as a portfolio necessity in 2020.

Bitcoin slumped 50% in the Black Thursday (12/03/20) crash, testing its perceived value as a risk-hedge asset. While initial price drops began as panic spread from other markets, the largest contribution to this was the use of leveraged positions to magnify investor earnings. When this occurs, markets are particularly exposed and leading into March leveraged positions were near all-time highs. In the weeks succeeding the crash, prices quickly returned to near long-term averages. After a 250%+ increase in the months following Black Thursday, the Bitcoin price has recovered in an exceptional manner.

While both assets have their flaws, a historical analysis of what drove so many investors (both retail and institutional) to gold ownership provides insight into Bitcoin’s opportunity. Not only as a store of wealth, but as an anti-inflationary, risk-hedge asset that has unparalleled impact on portfolio diversification. The ability to add value not only in times of economic turmoil but also in the rebuilding and inevitable prosperous stages of the global economy is a luxury that should be exploited by all wishing to secure their investments.

ZeroCap provides digital asset execution and bespoke financial solutions for private clients, high net worth individuals and institutions globally. If you would like to know more hit up JD at capex@zerocap.io. 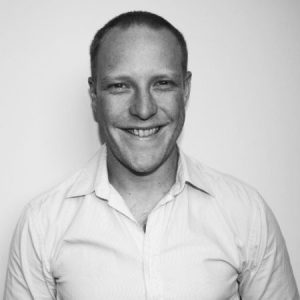 Jon is the Cofounder of Zerocap, a digital asset execution firm utilised by high net worth and institutional clients, and founder of Vesper Capital, a multi-strategy prop firm specialising in FX.
MORE ARTICLES »
PrevPreviousTreasure in the Golden Triangle
NextWhy You Won’t be Allowed to Participate in the Greatest Bull MarketNext