This morning I found myself teaching the rationale of fighting an impossible battle to my 7-year old son. He was attempting to get his strong-headed sister to do something which she had clearly stated she WAS NOT DOING!

Knowing my children as I do, I knew that my sons exercise in persuasion was futile. Getting sis to hold a giant land crab just wasn’t gonna happen. Other things yes…this one NO. 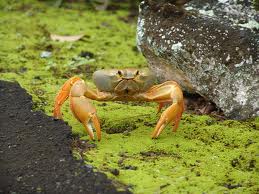 Later that same day as I was bouncing up steep hillsides in a 4-wheel drive surveying land for our soon-to-be resiliency project here in Fiji, I found myself discussing the economic and political situation in the developed world with a new friend. Our Meet Up attendees will have the absolute pleasure of meeting this dynamic and inspirational gentleman soon.

Our discussion turned to how government intrusion into our individual lives, on multiple levels, is just absolutely stunning and continuing to ramp higher by the day. Like my son’s futile attempts to persuade his sister to hold a giant land crab, so too attempting to reverse the metastasising cancer of over-bearing government is not going to happen.

Your “government”, almost regardless of which one it is, now almost completely owns you. Your passport is chipped and tracked, traffic cameras routinely record your motor vehicle’s number plates, the NSA monitors every single email sent and received, local police departments are using drones to monitor the civilian population, your iPhone tracks where you are located anywhere in the world via GPS. Your ATM withdrawals, Amazon.com purchases and even your taste in restaurants is all recorded and databased! WTF?

In most western countries you need permits in order to cut down trees on your own property, paint your house a certain color, or even collect the rain water from your own roof! Not to mention, many places restrict you from even milking your own cow! The list goes on, and on, and on…endlessly.

In short, most governments now control what you can do, and when you can do it. Do they have control over every aspect of your life yet? No, not yet, but the trend is unmistakable. To think they will not continue to usurp your liberties and gain an even tighter grip on your activities flies in the face of the evidence.

It is the nature of bureaucracy for it to grow. Worse yet, legal recourse against the State is now by-and-large non-existent.

Police forces in the western world wield powers no sane person should ever have agreed to allow them. The US constitution has become a part of the history of America. Britain lost anything resembling a constitution a long time ago. European politicians routinely disregard “natural law” in favour of the State.

My new friend that I mentioned a few moments ago is the son of parents who were refugees from the Russian revolution. They escaped to China where he spent his early years growing up. Not even a decade later they became refugees from the cultural revolution there and eventually managed to be accepted as political refugees in Australia. That he is clearly one of the hardest working individuals I’ve met is no coincidence.

These refugees are the minority, to be sure. Most don’t see the problems, and even the ones that do normally don’t leave. What I find fascinating with the ones that stick around is how they seem willing to stand in front of “bulldozers”. Sometimes they do so out of complete naiveté, but often enough they seem to do so out of hope. They hope that things will turn around, hope that things will somehow straighten out and return to something better, hope that they don’t have to make the hard decisions that need making.

It’s a fools game, and it unfortunately never ends happily.

Western societies are in varying stages of decay, if not outright collapse. Most are a slow-motion train wreck. Just look around you, tell me it isn’t so.

In the latter, people aren’t out in the streets yet, but I ask you how different are these nations fiscally? They’re all bankrupt by any reasonable accounting method (I know, a sovereign can’t go bankrupt – semantics). Why do people continue to rely on them? – Hope.

Societies and economies, and of course peoples livelihoods, tend to collapse slowly then all at once. Currency controls are coming. Do people not understand that? Those who read history know it’s a near certainty. Those who do not simply – hope.

This brings me to Fiji, and our Meet Up this coming weekend. Mark and I’s rationale for looking at Fiji as a safe-haven is based on a bunch of factors, all of them very simple. I’ll detail them briefly here for those of you who haven’t followed our missives on the subject.

In no particular order:

Mark and I have been looking at land that frankly reminds us of Land of the Lost. Walking a few meters into the bush I’ve seen literally falling of the trees the following: coconuts, avocados, papaya, cocoa, vanilla, passion fruit, bananas, mango, etc. Being cultivated are sugar cane, rice, kasava, taro and corn to name but a few. If I’ve missed a bunch it’s because I’m feeling lazy. You get the picture though. 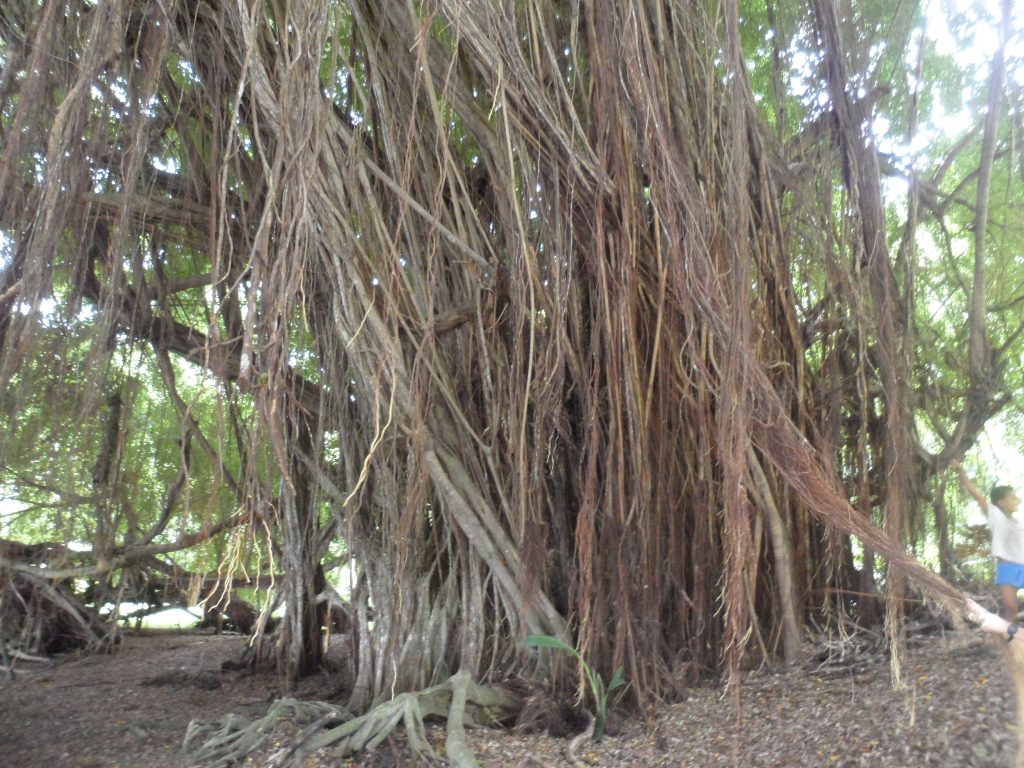 A beautiful old banyan tree. My kids loved swinging on the vines with some local kids while Dad “worked”. 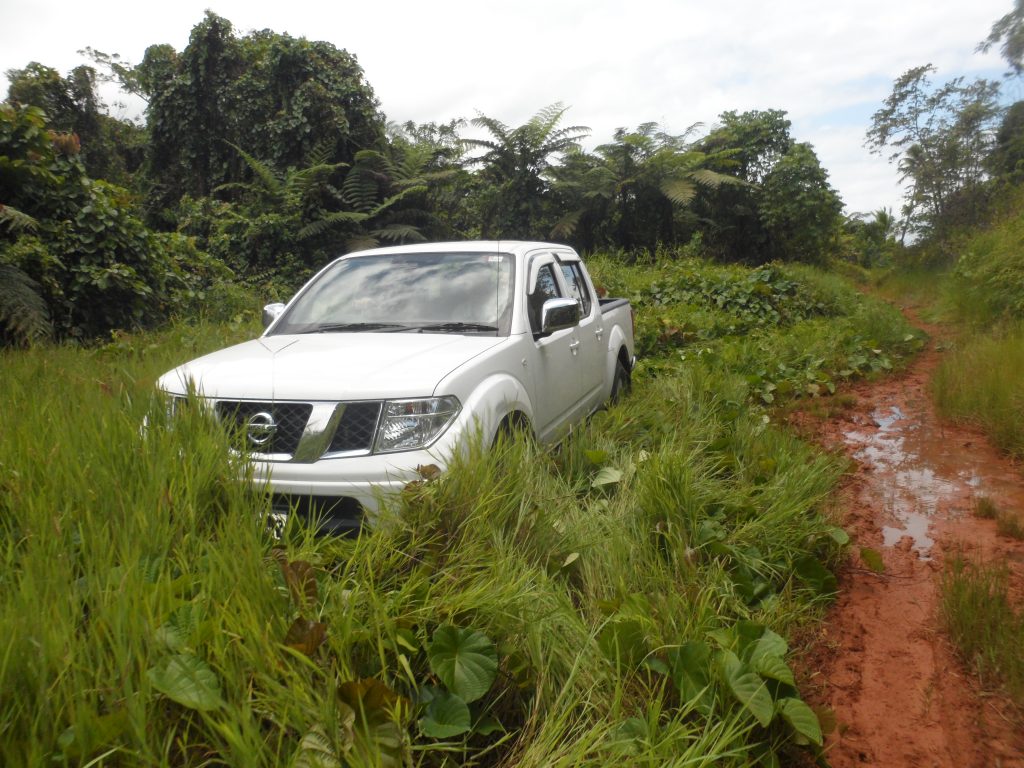 We have little interest in the manicured, puffed-up expensive stuff. Jungle can be cleared here for dollars…literally. A small team of 200 lb Fijians with machetes will turn acres of jungle into cleared park like surroundings for the price of a meal in LA, and leave you speechless at the speed at which they do so. By the way this stretch of “road” was tame. Our favourite realtor here on this particular island is a real-life Indiana Jones. I kid you not. We have to run through “bush safety” classes and sign a release to look at properties with this guy (OK, not really…but we probably should!). 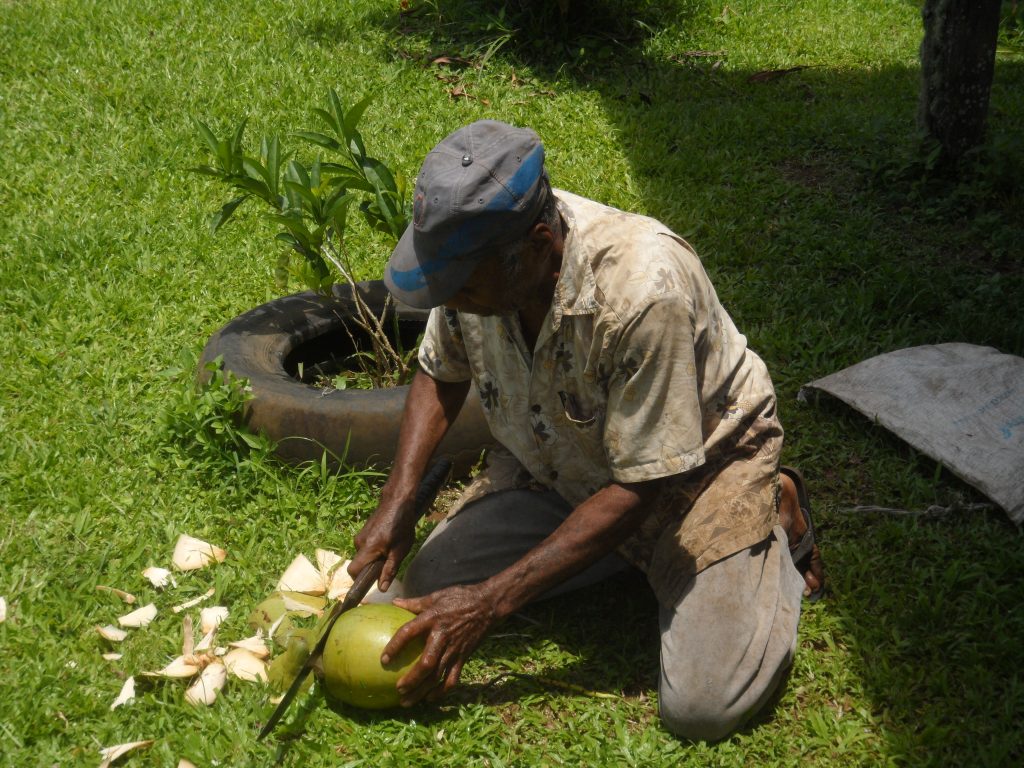 Here’s Daniel, a local we picked up to help trail blaze a path for us. It’s embarrassing when a man who is probably a grandfather literally runs ahead of you in the 30 degree heat hacking a path with his machete, smiling from ear-to-ear (Fijians are easily the friendliest, happiest people on this planet). Then upon arriving at our destination scales up a coconut tree to get everyone a fresh coconut. If you’ve never had a young, green coconut right off the tree you’re missing out! 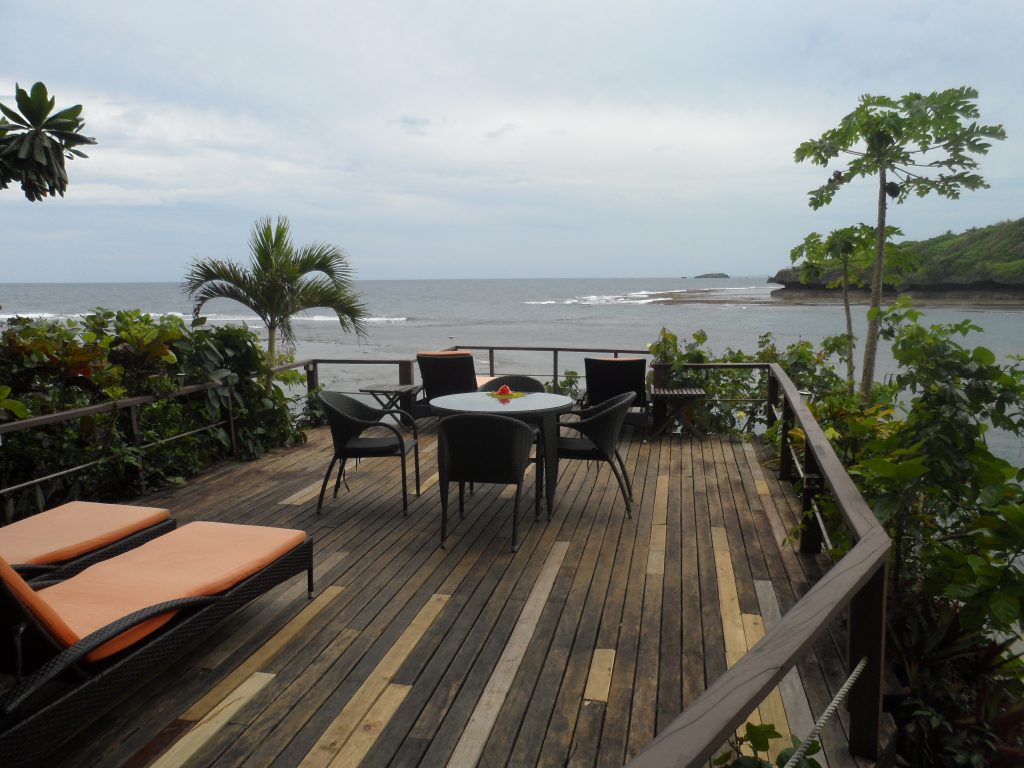 Later our lunch spot. Could be worse. 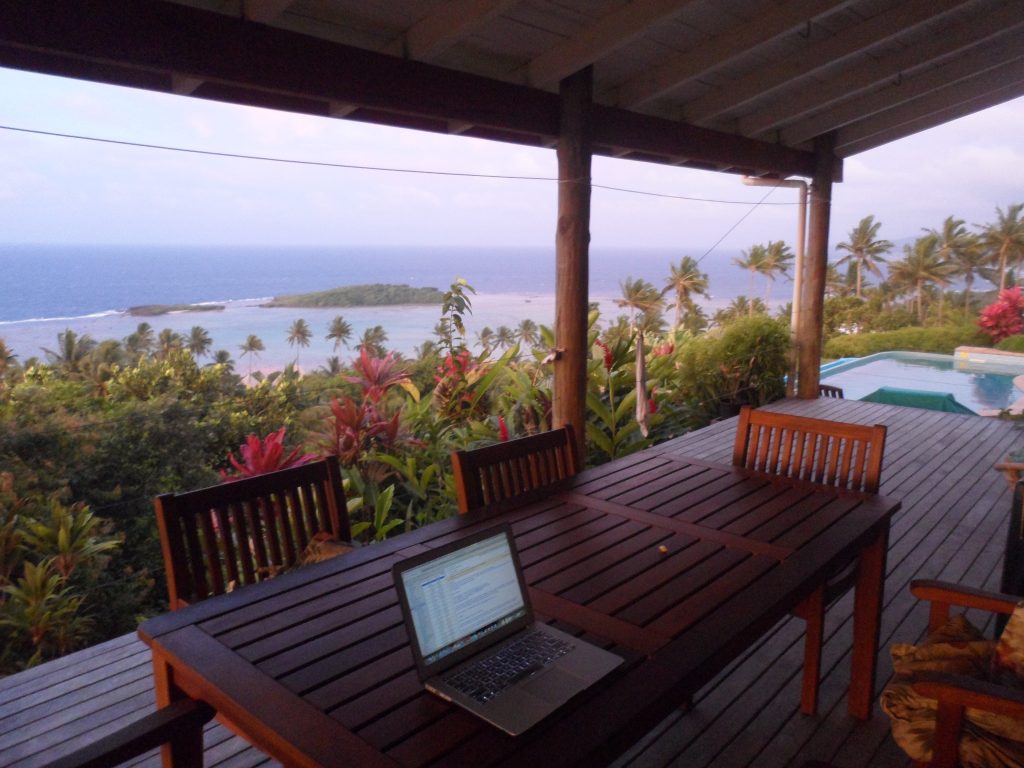 I’ve not had much time to get near my laptop and therefore apologise for missing last Thursday’s post. One would think that since this is what I’m staring at from my “office desk” I might spend more time on the laptop. One would be wrong.

Until next time thanks for reading.