It’s hard to think of a sector more opaque or littered with shady characters than the mining industry.

This means that there is ample opportunity for investors to get screwed over by both the incompetent and the corrupt.

Perhaps Mr. Twain surmised this common sentiment best when he said that “a mine is a hole in the ground with a liar standing next to it.”

It can be an uphill battle, but at Capitalist Exploits we do our best to hold onto our money and not get screwed over.

We’d like to help our readers to do the same. To that end, we are launching a regular column titled How You Got Screwed This Week in which we will be discussing the risks and common pitfalls inherent to investing in the mining sector.

We will be digging into the more blatant scams, failures of gross incompetence, and general numb-scullery from past and present to see what lessons can be learned and heuristics distilled.

Now, before you email to tell me that my title is vulgar, I’d ask you to stop and pause here for a moment…

If this title offends you so greatly, dear reader, it’s best that you quit right there as you’re probably too delicate a flower for the tangled and ambiguous world of natural resource investing.

I was recently having a beer in northern Brazil, sitting on the patio of a dilapidated bar, staring out over the murky brown of the Amazon river.

Fishing boats and cargo ships puttered along under the quickly setting sun. I commented to my guide that I couldn’t believe how widely the water stretched off into the distance. He just laughed at me and said, “What you’re looking at on the far shore is only an island, and, by the way, this isn’t the Amazon it’s only an offshoot”.

I’d never put much thought into the Amazon before, but, now that I’m working on a project in Brazil’s Pará state, it’s become omnipresent. The river impacts everything in the region — flora, fauna, transportation, industry, weather and rainfall. People’s lives are inseparably tied to its ebb and flow.

What’s particularly impressive about the Amazon is not so much it’s length (though it is the 2nd longest river on the planet) but its volume. At its mouth the river is over 300km wide, with 20% of the world’s fresh water flowing through its corridor. Think about that for a second. It’s nearly impossible to visualize.

The importance of volume is at times easily ignored. In reality, it may be the truest measure of the strength and vitality of a river.

These terms are referring to a stock’s trading volume, a measure of how many shares of a company are bought and sold on any given day. For any trade to occur on a stock market someone has to want to buy a stock (“bid”) and someone else has to want to sell it (“ask”). For a stock to be “well traded” it requires a corresponding demand of “bids” and supply of “asks”.

High trading volume means that enough people wish to purchase a stock, at any given time, at a prices that existing shareholders want to sell for. There is no set threshold of “trades per day” that signifies a well traded stock.

A common phenomena witnessed in the junior mining market (or any microcap company) is a stock that no one wants to buy… This often painful scenario traps existing shareholders in a trade, or forces them to reduce their ask, thus driving down the share price.

This is called an illiquid stock.

You many have heard people complain about “promoters”, excessive marketing, or “pump and dumps” in the junior mining industry. Well, this game is all about liquidity.

Small companies with thinly traded (ie. illiquid) stocks are easily manipulated; a relatively modest increase in buying can disproportionally affect the share price. Because of this, focused marketing can be extremely effective in driving up the price of a stock.

All those unsolicited emails you get telling you about the next great deal?

This is what’s happening:

The stock is being aggressively marketed which promotes interest in the company and increases buying and selling activity (aka: “trading volume”). This increase in volume artificially inflates the share price thereby bringing new investors in at an unrealistic valuation.

When the promotional event ends, it leaves these investors stranded in the stock and unable to sell their shares anywhere near the price that they bought them for; this is known as being left “holding the bag”.

What makes matters worse is that the promoters and early investors often use these promotional events to unload their stock to unsuspecting retail buyers on the way up… and are long gone by the time the share price collapses.

This type of promotional event is what is referred to as creating a market and is the business model of many of your favorite letter writers. Read the fine print of those mile-long disclaimers before you take “free” stock pick advice.

Many of these would be gurus sell “market making” services (AKA: they create demand for a stock and drive volume) to mediocre junior companies in exchange for free or heavily discounted shares. As their campaign drives the price upwards, they sell their cheap shares into the (temporary) buying frenzy.

Did you happen to buy into that promo on the way up? Then my friend, you, the other unsuspecting retail investors, are screwed.

The following chart is an excellent example of a stock driven up by an influx of trading volume only to see the price crash as the volume dried up. The volume drops from over 11M shares per day at its height to as few 100k at the low (all in the span of 2 months).

No one wants to buy a stock that you overpaid for, or at least not what you paid for it. All you can do is wait around and hope that the company does something brilliant, or more likely, pays for another round of marketing, so you can get the hell out.

We shouldn’t paint all low volume stocks with the same scumbag brush. As Halon’s razor states: Never attribute to malice that which is adequately explained by stupidity.

More often than not, a micro-cap company will fail to trade simply because no one cares about them. They might have had poor results, run out of money, lack any sort of intelligent marketing, or simply be the victim of a horrible market.

Whatever the reason, they remain illiquid despite managements best intentions. This is the situation many junior miners will find themselves in at some point in their lives.

There is, however, an inverse to this situation.

While a stock is typically illiquid because no one wants to buy it, on some occasions as company is so well loved that no one is willing to sell their shares.

What typically occurs in this scenario is that a stock is held so tightly (meaning a small number of investors control a large portion of the shares and are not selling) that new investors are unable to buy shares, even though they’d like to.

We’ve been following Maverix Metals (MMX: TSX.V) at Capitalist Exploits for some time now, and recently interviewed CEO Dan O’Flaherty on the Resource Insider Podcast. I’m a big fan of the company and the work they are doing. The only problem? It’s nearly impossible to purchase the stock right now, as very few of the existing shareholders are willing to sell.

Maverix has grown aggressively over the past two years through a series of transactions with major mining companies that include: Pan American Silver, Gold Fields, and Newmont Mining.

These companies sold significant royalty packages to Maverix, primarily in exchange for shares. Due to the nature of these deals, the bulk of Maverix’s stock remains tightly held by these corporations, as well as a small number of institutions, and the management.

Maverix seldom trades more than a few thousand shares per day, and has rarely broken 100K. For a company with over 200M shares outstanding this is highly unusual and is a consequence of no one wanting to sell their stock!

It’s All About Structure

In some cases, a tightly held stock leads to a stronger share price because only a small portion of outstanding shares are available for purchase.

Think about a pool of water as an analogy, in an inflatable kids pool the shallow water is much easier to control and move around than the deep water of an olympic swimming pool. 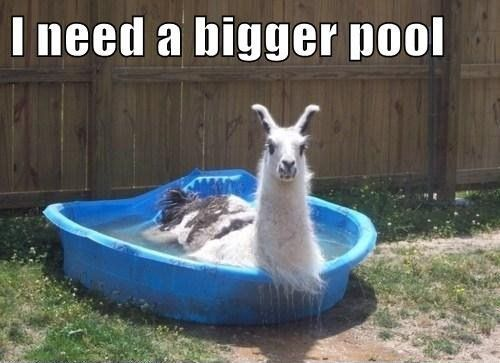 In the case of a tightly held stock, the pool of available shares is shallower and more easily managed. This lack of depth allows major shareholders to “backstop” a stock by buying up the small number of shares that come available on the market. Because the bids are coming in at such a low volume the price can be maintained, or increased, simply by purchasing all of the shares that become available.

Investors do this because the cost of purchasing new shares is negligible when compared to the importance of maintaining the value of the large quantity of stock that they already own.

This is often what investors are referring to when they call a company “well structured”; one where management and large investors protect the stock from bad markets and setbacks.

To accomplish this, the backers must have deep pockets, a serious belief in the company’s mission, and a willingness to stick it out and support the company through the rough patches. This is a rare scenario in the mining space.

The inflow of capital into junior and micro-cap stocks is largely the reason that there are such huge gains to be made in the mining industry. But it’s important for investors to be cognizant that trading volume must be linked to reality and the creation of real value in the ground, not merely promotion.

Otherwise you’re going to get stuck. And then you’re pretty much screwed.

PS: Have you been screwed in the mining industry? Let me know here.