In Support of Ubers of the World

Recently I read how Uber is blitzing London’s black cabbies. God, it couldn’t have come sooner!

I spent my 20s living in London and whenever I landed up taking a black cab in London it was usually after I’d had too many drinks and my cognitive powers had gone kaput. I blame the fog of alcohol for that as there is simply no other explanation for being ripped off.

In fact, I’d come to think that there were no homeless people on London’s streets, the “homeless” were merely office workers who’d missed the last tube home and couldn’t bear spending their weeks paycheck on a black cab.

Competition in the form of Uber is now providing a better, cheaper and more efficient service. It makes my heart leap for joy.

This is possibly the best thing to happen to the British way of life since the country was invaded by India and Pakistan, causing the widespread displacement of dingy eating houses smelling of grandmas’ curtains, hocking sausages and mash, with an incredible array of ethnic restaurants all selling delicious tasting cuisine. 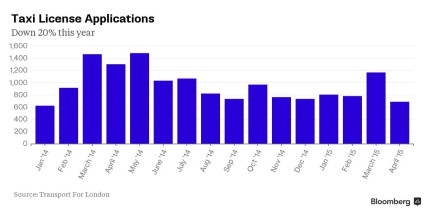 Now, there was some truth to the value that a London cabbie could bring to the exchange. In order to get a license cab, drivers need to learn the streets of London like the back of their hand. No small task, I assure you. And as a passenger I would find that valuable if it weren’t for this piece of technology that made such knowledge largely obsolete – the GPS that sits on your smart phone.

Of course Londoners are not the only beneficiaries. The Americans have had it long before and it’s been working magic on their shores.

Driving a car is something that a teenager can and does do. It doesn’t require any particular level of skill. Recently NY medallions have been selling for over $1M. How on earth do we get to such an absurd situation where it costs over $1M in order to be “allowed” to drive a taxi in New York City?

Whenever we find absurdities where market forces are not left to solve problems, we find a market skewed by regulations where a tiny elite benefit while the majority suffer.

To understand why New York medallions sell for what seems to be an absurd price we need only look at the manipulation of the taxi market, namely a mandated limiting of supply of taxis. There are just over 13,000 medallions sold and they are strictly limited in supply.

This in itself is absurd. It’s the antithesis of a free market but nevertheless, the real reason that they are selling for ever increasing sums is due to the bond market.

As we detail in our extensive report on global debt markets, interest rates have been butchered by successive central bankers so the hunt for yield has accelerated. If, for example, you can earn just $100,000 annually from your medallion, you’re looking at a 10% return. In today’s environment that looks pretty attractive. Even if you’re paying someone else to drive for you and that amounts to, say, $50,000 you’re still netting a real return of 5%. Again, not too bad in today’s yield starved world. 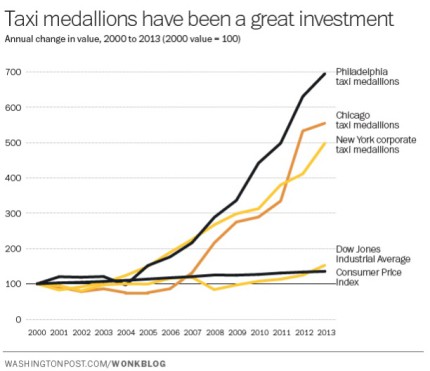 There are changes afoot in the bond market. Little do most purchasers of New York medallions realise that their actions are a result of central bank meddling.

I suspect that medallion purchasers are going to get hit from two sides. One from the repricing of risk in the global debt markets and two from disruptive technologies laying waste to archaic industries and practices.

There will always be those who mourn the loss of London’s black cabs and I say let them mourn. Not that long ago there was an outcry that we’d no longer have these things: 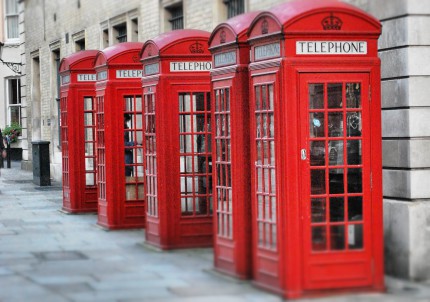 Now, I ask you to choose… 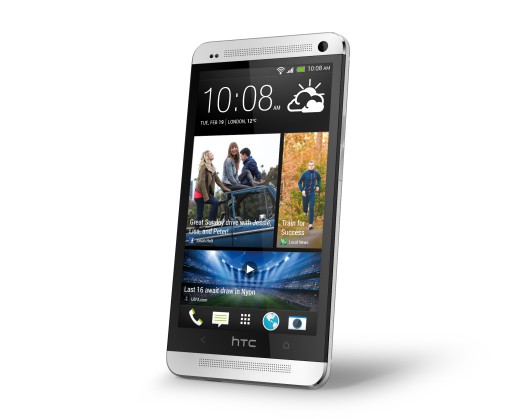 Yeah, I thought so. Me too!

I realise that many readers are reading this as it’s largely for financial and investment reasons.

I don’t have any particular thoughts on the current round of financing on Uber which values the company at $50 billion, other than to say that I’ve not quite figured out in all honesty why Uber is so special. There are no particular barriers to entry in this market, and it looks awfully like Uber is being valued like a monopoly.

Clearly they’ve shone the brightest thus far but this is a very short timeframe we’re talking about here. On the plus side, they actually have revenues, unlike Groupon who rose like a Phoenix only to collapse post IPO.

Certainly I think what Uber highlights more than anything is the very real fact that there are markets screaming out for disruption.

I’m in favour of Uber’s everywhere. I have written about disruptive industries and Uber is a great example of disruption to the taxi world. And it’s coming to the financial world too.

Some of the markets we’ve got our eye on in the venture capital space which are ripe for disruption are:

As I contemplate the list of private companies sitting in our due diligence pipeline, I’m terribly excited by the world that awaits. There are some truly enormous problems that the global economy faces, which we’ve detailed repeatedly on the blog.

One of those is a very real threat of capital moving rapidly out of current “safe” investments. At the same time, there are companies who are moving to take advantage of the current dysfunctional and broken system we have. This is one of the themes I’m actively investing in. Sometimes it takes chaos to bring about change…

“A free and open internet is a despot’s worst enemy.” – Jay Samit

Chris has founded and built several multi-million dollar businesses in the investment arena including overseeing the deployment of over $30m into Venture Capital opportunities and advising family offices internationally. Prior to this, Chris built a career at Invesco Asset Management, Lehman Brothers, JPMChase, & Robert Flemings.
MORE ARTICLES »
PrevPreviousMongolia – Finding Its Feet Again
NextIt’s Q and A Time!Next