Following right along from “Letters from a Hedge Fund Manager – Part I”, today we have “part deux” as a follow up for you…
[hr]
Date: 10 December 2014
Subject: There Will Be Blood – Part II

Let me be clear: I am no expert on shale wells. I’m not even an “almost” expert in the shale sector. If you called me an idiot when it comes to shale drilling, I wouldn’t argue with you. With that caveat out of the way, I’m going to generalize about the shale sector (anyway).

In oil and gas, most of the money is spent up front in acquiring the drilling rights and putting the well into production. You then have revenue and hopefully some profit in the period afterwards, as the well produces for you. Unfortunately, shale wells are very different from conventional wells. Shale wells see the vast majority of their total production in the first two years after they are drilled. This means that you have to keep drilling more wells just to stay at a constant level of production. In many ways this is akin to a hamster wheel – except you can never get off – or your production collapses. If you want to grow production, you need to drill even more wells – all of which see significant declines after two years.

Let me show this by using some data from WPX Energy (WPX: USA):

Basically, in order to keep production roughly constant, they borrowed a bunch of money, spent a bunch of money and lost globs of money in the process – yet production remained constant. Amazingly, this is a $2.5 billion dollar company. Don’t feel bad for WPX. Their numbers aren’t all that different from plenty of other shale companies.

In essence, since shale wells have a short lifespan of intensive production and they are highly leveraged to the prevailing energy price over this peak production period – particularly since the land acquisition and drilling expenses are already sunk costs. What if you drill a well based on $100 oil and it’s at $60 today? Hope you hedged your production. What about all the money you borrowed to buy future drilling sites that are no longer economic to produce? 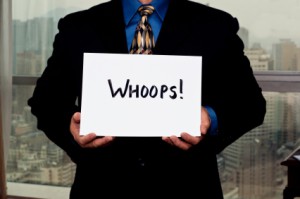 Here’s the thing – I have this hunch that, excluding a handful of the best “plays”, much of the shale being drilled was never all that profitable, even when oil was at $100. Given the high initial costs of acquiring land and drilling a well, much of the profitability accounting for a well depends on the shape of the decline curve. Given how young the shale industry is and how imprecise the data can be, I suspect that many of these companies have been aggressive in their assumptions – especially if they need the capital markets to fund their dreams.

If your well production declines by 70% in the first 24 months, adding 10 weeks to that duration doesn’t sound like much, but it lowers the depletion, depreciation and amortization cost per barrel by almost 10%. More importantly, it dramatically increases the IRR and NPV of each well – which are important benchmarks for lenders. Unfortunately, as an equity investor, good luck trying to determine the actual economics of each well, when you have: misleading data, changing production across the whole company and all sorts of one-time costs lumped in with operating expenses.

Instead, a whole bunch of investors seem to have taken comfort in the high single digit yields offered on short dated bonds issued by these shale companies – along with an ingrained belief that oil prices would remain constant or rise. Now with oil prices declining, all sorts of lenders are having a “whoops moment.” In fact, I wonder if the financial system on the verge of having another “WHOOPS! moment”?

In Part III, we will look at just how much debt is tied to this sector – for starters, it’s not just the high yield debt that is suddenly flashing danger. 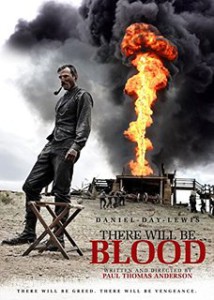 When subprime first got wobbly in 2007, there was a small panic followed by the “all clear” from Wall Street analysts. You literally had a year to prepare for the fallout, before prices followed. Despite a bunch of media coverage on this topic, I don’t think that most people appreciate the true magnitude of what may happen if oil stays at these prices.

Remember, all of this is very long-term bullish for energy prices. This shakeout will set the stage for the next boom, but first, there will be all sorts of pain experienced in sectors that do not even appear linked to the energy sector. I suspect that this pain, will be the major theme for 2015.

Stay tuned for part III.
[hr]
The collapse in oil prices, leading to massively uneconomic projects being mothballed and those that are economic being “value adjusted”, actually opens up some very interesting opportunities once this all unravels itself like the ball of yarn that it is.

“The bubble is bursting. And if oil stays where it is, the worst is yet to come.” – Spencer Cutter, Bloomberg Intelligence

Chris has founded and built several multi-million dollar businesses in the investment arena including overseeing the deployment of over $30m into Venture Capital opportunities and advising family offices internationally. Prior to this, Chris built a career at Invesco Asset Management, Lehman Brothers, JPMChase, & Robert Flemings.
MORE ARTICLES »
PrevPreviousLetters From a Hedge Fund Manager – Part I
NextLetters From a Hedge Fund Manager – Part IIINext