Mayhem At Your Fingertips

My wife was looking at an app on my phone with a stream of automated alerts. 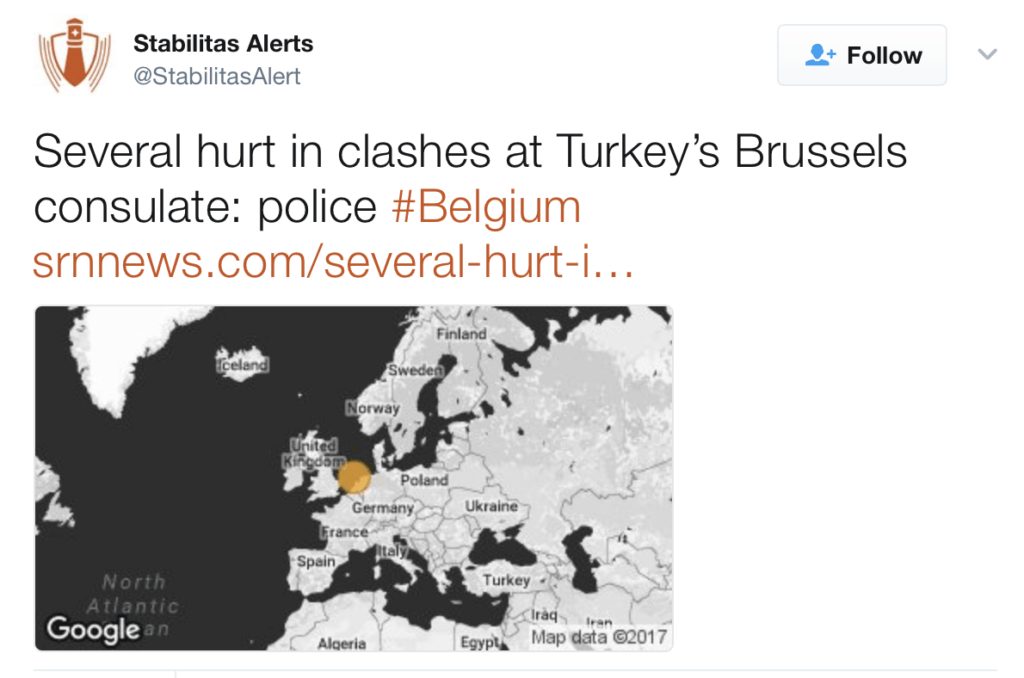 Actually, it’s way more than an app. It’s the tip of the iceberg for a much broader safety and security iceberg. A multi-channel communication platform with push, SMS, voice calling, email, and real-time alerts – meaning time saved reacting to any emergency. Soon, it’s coming with a network of partners that will actually snag you during an emergency.

I explained all this to my wife.

“But why do you need this,” stuff she wanted to know.

I’ll readily and, might I say, gladly admit that living in a small boutique beachside community in a country many don’t know exists this technology seems awfully like overkill. The fact is bugger all happens in the “terror” bracket down here.

Well, that’s not true actually. Just last week some naughty backpackers went and rented surfboards at the main beach and never returned them. It was all over the local news in hours and residents were on the lookout. I suspect some burly Kiwi farmer has probably found and dealt with the little snots by now and they’ll shortly be found naked tied to a tree with bailing twine and with goats chewing on their soft bits. In any event, this is big news here.

The truth is I don’t always need this stuff for my personal use but I’ve got this sexy swishbang real time data feed on global risk at my fingertips. Just because I’m removed from “hot spots” doesn’t mean I can’t benefit from knowing what’s happening. The SigActs™ engine (part of their platform) creates a place for aggregated open-source intelligence that provides an every-day benefit, not just during an emergency.

If, for example, I wanted to know about the risks of carjackings in an area my sister was looking at a job offering, I’ve got it at my fingertips. Prevention is better than cure.

The other reason is that I seeded the particular company and, as a result, have been eager to be kept up to speed on their progress. They are, after all, in a sector that I’ve said before will EXPLODE.

The real solutions to crime aren’t going to look like Vin Diesel, and the dunderheads at airports around the world aren’t helping anyone by ruining our laptops while having half a dozen labradors rummage through our shoes. That’s useful for keeping pedophiles and people with suspiciously long arms employed, but not much else.

The real bang for your buck will lie in artificial intelligence, machine learning, drones, and the integration of existing data sources.

Here’s a useful little set of stats for you.

I reached out to the CEO Greg Adams of Stabilitas (the company referenced above) to see if he’d be ok with sharing their recent update with you:

Crowdsourcing security data offers enormous promise: real-time, ground-truth intel for everyone in the network. But any crowdsourcing effort comes with significant challenges. With more than 7 billion potential intel sources, crowdsourced reporting needs some controls for reliability. Current models for security information are consumer-centric and do not have mechanisms to protect proprietary or sensitive company data. More importantly, these models leave organizations without the structure they need to safeguard large numbers of people effectively.

…so we’re building one.

Leveraging professionals, vested stakeholders, and Artificial Intelligence (AI) , we’re tackling each of these problems. The concept is simple, develop a broad, trusted network for intelligence-sharing and validation of open-source data to keep one another safe.

Here’s how it works. A user-generated report gets passed to the security manager (or similar role), who confirms the report and shares it to her organization and passes it up to Stabilitas. Our software does a final analysis, then anonymizes and shares the report across our ecosystem while still keeping your company’s data secure and partitioned. There’s trust-based human verification at each level, supported by pattern recognition, sentiment analysis, and other machine learning (more AI) processes the whole way through.

We believe this will provide unparalleled speed, accuracy, and granularity in risk information. Security leaders at Fortune 500 companies have told us how excited they are about this project, particularly when combined with our intelligence and communication platform.

We’re testing the service with a limited group. To be among the first members of the Security Crowd™, click here.

This sort of business will be the future of security and crime control – I’m sure of it.

If you want to know more about what they’re doing feel free to reach out directly to the gents here.

Disclosure: I am an investor in Stabilitas and this is NOT a solicitation to do anything. I’m not paid by them or anyone under this blue sky to say or do anything. I mention the company because, unsurprisingly, I know a little about what they’re up to, and I believe, rightly or wrongly, that this is the space to be in – obviously otherwise I wouldn’t have sent them some of my hard earned moolah. That may turn out to be a terrible idea… or not. I am banking on the latter.

“Technology is anything that wasn’t around when you were born.” — Alan Kay