Natural Resources & Sleeper Cells: China’s Plan For The Next 5,000 Years

Today’s article comes to you from our resident resource expert Jamie Keech. Enjoy!

Coming out of university, I managed to catch the tail end of the so called “super-cycle”, arguably the biggest commodities boom in history fueled by China’s explosive growth over the previous decade. Six months later, along came the financial crisis and the exploration project I was working on was halted abruptly.

The next day I caught a flight home, my boss told me: “We’ll call you when there’s more money.”

Several years later when a colleague invited me to come to Nanjing, a city only a few hours from Shanghai, to teach a course on mining and geology I jumped at the opportunity to get a few weeks exposure to the mainland.

After a redeye to Shanghai and a few days of ceremonials dinners containing copious amounts of baijiu, I’d settled into my apartment and was grabbing lunch at a Uyghurs noodle shop down the street. Sitting in the back of the cramped restaurant I noticed three young Africans come in and order. This was unexpected as I’d not yet seen a single foreigner in Nanjing. A few minutes later another group of African students came in and began speaking Mandarin to the server. Then another.

Later that day I saw dozens of African students on campus. Some speaking English others French, and most seemed at least functionally fluent in mandarin.

The next day I met my teaching assistant Matthew, he was from Ghana. He spoke perfect English, a smattering of French, functional Mandarin and several African languages. He had a Master’s degree and had come to China for four years to complete his PhD.

Matt and I became friends over the weeks of working together, having dinner together almost every night. Eventually I asked him: how is it there are so many African students here?

It turns out that most of the African students on campus were there on scholarship to complete a Master’s degree or PhD. They’d come from countries all over Africa, the Chinese government paid their expenses, travel, tuition and gave them enough money that most had something extra to send home to their families at the end of each month. Additionally, learning mandarin was mandatory and they were sent to a special language institutes as part of their curriculum.

Think about what that means.

When their time at University is up they go home speaking fluent Chinese, understanding Chinese culture, and having made significant relationships in the country. They return to their home country well educated and primed to rise through the ranks of businesses or Government.

I should start by stipulating that I am not a conspiracy theorist. I believe in the moon landing, I know the earth is not flat; but China is quite literally creating economic sleeper cells.

This isn’t aid. China is not providing free education out of a sense of charity. In 10 or 20 years those students, having leveraged that education, are going to rise through the ranks of society. When they’re in positions of power they’re going to make decisions on who their countries do business with.

When a Chinese SOE wants to acquire a mining asset or bid for a construction contract, who do you think they’ll talk to? They’re going to call the officials that speak their language. They’re going to partner with the local business owner that went to the same University as they did.

They’ve created economic sleeper cells that speak their language, understand their culture, and will act as allies to their business interests in resource rich, underdeveloped countries all over Africa.

Before getting angry about that, or dismissing it as absurd, think about how ingenious it is. Today the Western democracies can barely plan 4 years in advance. China’s strategy won’t bear fruit for decades it’s thinking in terms of generations, not election cycles.

The Chinese think differently about time. While the West has been the major power for a few hundred years, the Chinese view themselves as a civilization with 5,000 years of unbroken history. Western superiority, starting with the Opium Wars in the 19th century, is considered an irritating and humiliating blip on the radar of centuries of Chinese dominance (one that will soon be put right).

To put it into perspective, until Portuguese sailors washed up on their shores in the 16th century, the Japanese considered Japan “the land of the gods” and China: everything else.

“The supreme art of war is to subdue the enemy without fighting.” — The Art of War, Sun Tzu

China is now moving steadily to reclaim its title of global superpower, not so much by conquest but acquisition. The great folly of West has been to assume that because China is an economic powerhouse and is focused on acquiring wealth that they are essentially capitalist, albeit under the helm of a single party dictatorship.

This is wrong. China is still mostly closed. The government increasingly controls the flow of information and its market are largely managed by the state.

They are not capitalists, they’re mercantilists.

Mercantilists maximize exports, while reducing imports to preserve a positive trade balance and maximize the accumulation of money (historically: gold and silver). They tend to be heavily regulated and their industries are run and controlled by monopolies which are protected and supported by government.

Historically mercantilism was propped up by colonialism (think the British or Dutch sucking the wealth out of their colonies and protectorates), but China has done it better and much more efficiently. It’s no longer necessary to control, protect, and govern a nation when you can simply own its assets and resources.

Who has bought up dozens of the worlds ports? China.

According to law firm Baker & McKenzie in 2016 China shelled out $4.5 billion for overseas mining assets in just 6 months. 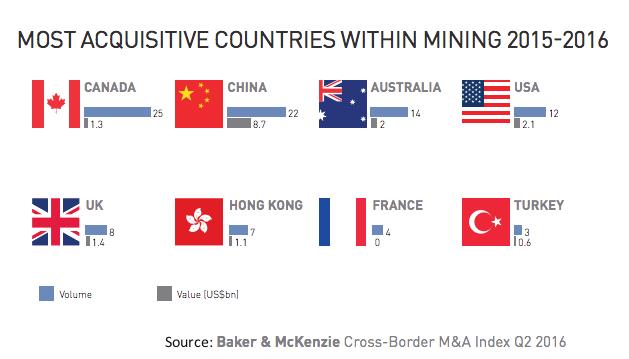 I’ve seen it first-hand. In 2011 I was working in Mongolia building and operating coal mines for the world’s largest mining contractor, almost every one of our clients were Chinese companies.

China is now Africa’s largest trading partner. It offers loans, grants, and development deals without the anticorruption and environmental strings attached by Western investors. It now controls a nearly immeasurable amount of natural resources across the continent and in the past several years over 1 million Chinese immigrants have relocated to Africa.

Today when the US wants to control a country they start a war, spend trillions of dollars, and hope to get out in 10 years whilst leaving a half-baked democracy in their wake. China enters as a friend and before long they control the assets, own the resources, and have loaned billions of dollars of debt. After that they educate the populace and send in their own citizens to build up the economy.

“China is a sleeping giant. Let her sleep, for when she wakes she will move the world.” — Napoleon Bonaparte 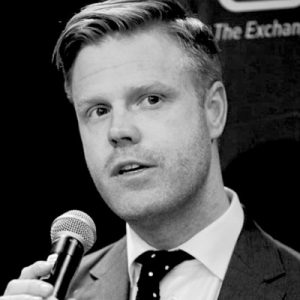 Jamie is a Vancouver based financier with a background in mining engineering. Having worked on mining projects across the world, he is focused on providing catalytic capital to high quality teams in the mining and natural resources sector, which he believes is on the cusp of reversing its multi-year trend of being an unloved market.
MORE ARTICLES »
PrevPreviousThe State of Africa: NIMBY
NextChina’s Role In The Coming Commodities BoomNext