The State of Africa: NIMBY

How could we forget it? Especially when Margot Robbie did such a splendid job of explaining it.

Well, I recall something that Kyle Bass mentioned when being interviewed about his role in it.

Prior to the isht hitting the fan, and while he was traveling around the US talking to folks in various states, he found something pretty odd. Most everyone he spoke with agreed with his summation that things were indeed out-of-kilter.

How could they not when presented with the hard facts? 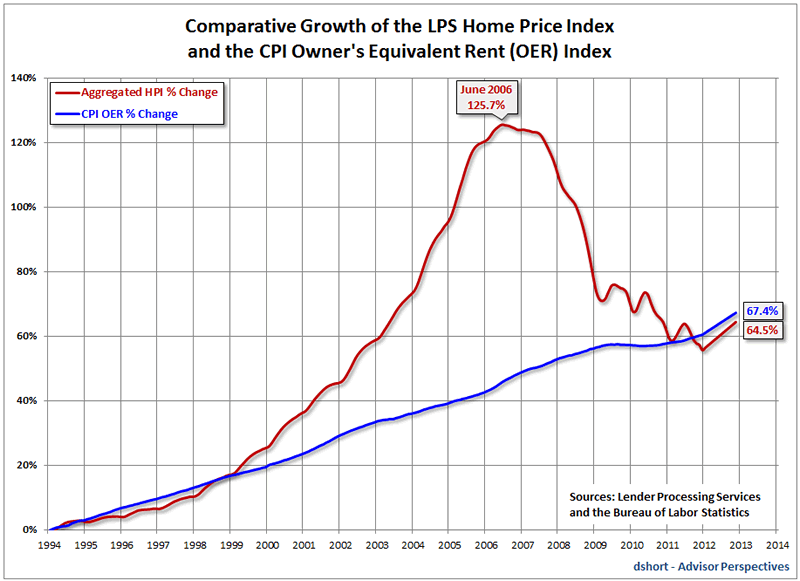 But here’s the odd thing.

He would show them all the divergences that looked compellingly armageddon-like, such as the one above (before the red line did its nosedive). And the responses where always along the lines of, “Sure, yeah. You’re right. Hmm… that looks terrible. The housing market and those invested are all more thoroughly screwed than the leader of the KKK at a Puff Daddy concert, but here where we live here in [insert city/state of respondent] and because of [insert whatever was special about said city/state], we’ll get through this fine. But yeah, everyone else in this thing, they’re screwed. For sure”

In a word: NIMBY

Bad things only happen to “other people”, right? 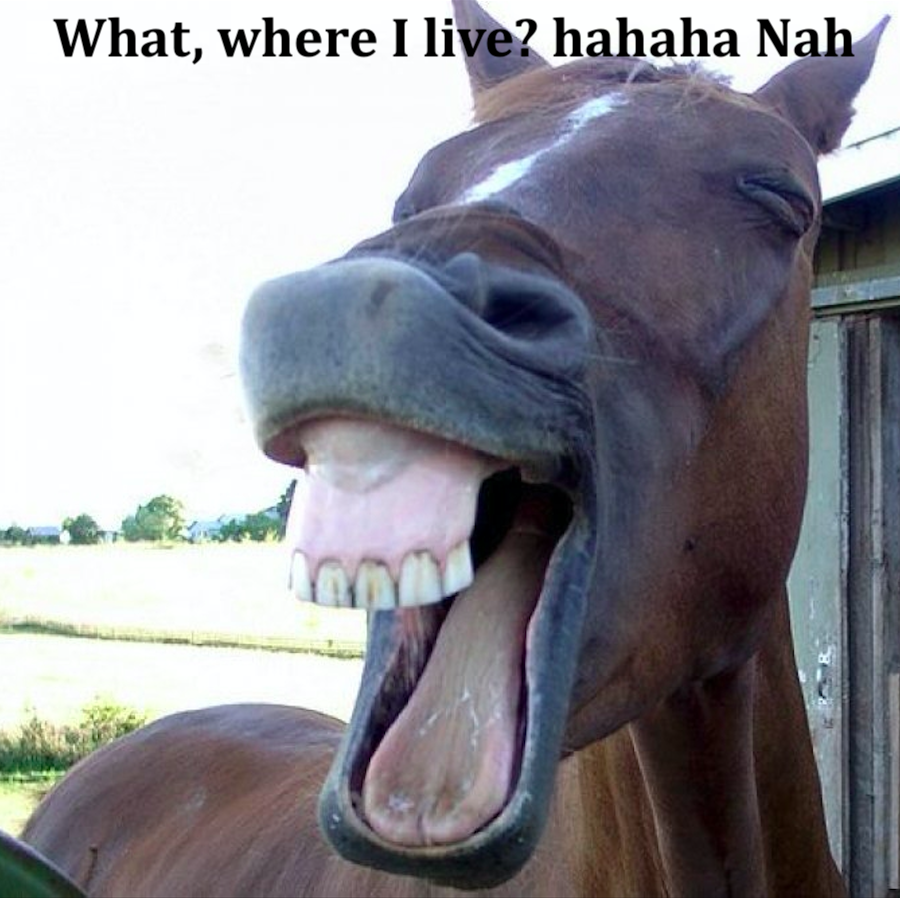 When the energy companies want to lay pipelines to transport their product to market, inevitably those folks who realise the benefits of cheaper energy and all its myriad knock-on effects become positively orgasmic with delight.

“About bloody time,” they’ll say to their neighbours at a weekend barbecue, sipping on a cold one knowingly.

Now, on the other hand, if we take those same folks and told them that what are, and let’s be honest here, ungodly looking things now need to go through their neighbourhood, they will respond with, “Bloody Hell Fire and Holy Mother of Christ! Over my dead body!” Which is sometimes what happens, but that’s a another story for another day.

In a word: NIMBY

Now, all this seems as obvious as finding Waldo at a nudist camp, but that’s only because we’re looking at it from the outside in.

Let Me Give You a Real Time Example

Now, I’m going to show you something crazier than a spotted zebra.

I’ve a friend. A South African, wealthy, certainly not middle class. Far from it, actually. I mention this because, quite candidly, he can get out of the country because he’s wealthy. For now.

Well, for many years now we’ve discussed probabilities of what may lay in store for South Africa.

I was hopeful. We both were.

And though there were signs of Marxism, etc. creeping in a good 10 to 15 years ago, there was hope that they’d be quashed by things heading generally in the right direction, leading to growth, higher living standards, rule of law, an educated middle class — all the things which tend to relegate Marxist ideology to the corner with a dunce hat (which is where it belongs).

Crime was always a problem and for me a solid enough reason to leave. I’ve never tried death but I suspect it’s overrated and so I chose a different path. And you may say, “Oh, don’t be so dramatic, Chris.” To which I respond, “Who’s being dramatic?”

The statistics are frightening.

It’s the most dangerous country in the world not engaged in war.

One in three women in South Africa will be raped. Fact.

Farmers in South Africa suffer more murders per capita than any other community across the world outside a war zone. Fact, but don’t expect to see that in any western media because “white privilege” won’t allow it, and you’ll probably be called racist for even mentioning it. No really.

I know, I know. It makes no sense. It’s just part of how Western Civilisation is castrating itself.

Now, this in itself isn’t actually surprising when you think about it. Education that is… or what’s left of it in South Africa is abysmal with 1 in every 3 students who’s attended school for 6 years actually having difficulty reading. Yes, reading.

Here’s the last president trying to read the number 769,870:

In any event, more recently the country has been sliding rapidly downhill under the leadership of this idiot Jacob Zuma, a thug so blatant and stupid that even Hollywood couldn’t have made him up for a role as a third world dictator.

Late last year he was ousted as party head.

Styled as business friendly and practical, the world had high hopes for him. Certainly compared to his rival Nkosazan Dlamini-Zuma, a former chairman of the African Union and ex-wife to the aforementioned Mr Zuma, Ramaphosa looked positively awesome.

Ramaphosa wasted no time in fast-tracking mass scale theft of white owned farms, revising mining laws, and a host of other truly stupid moves that will absolutely destroy confidence in the country.

Now, obviously this is as dangerous as Anne Frank learning to play the drums. The country needs these policies like the Taliban needs a plate of bacon.

The inexorable slide is well underway but the markets haven’t fully digested this. So that’s a good thing.

All of this is going to happen and not because some think tank in New York says so but because it is what happens when the forces are in motion. And though not unstoppable, the probability they’ll be stopped are lower than the probability they will. And that’s all we need to know for the foundation of high probability investing.

Those forces in a nutshell are:

Now, remember this guy — the animal jumping up and down chanting, “shoot to kill, shoot the boer” (boer being the name for a white farmer) — is a member of the current government and head of the EFF.

Can you imagine for a minute if a member of Trump’s administration got up and danced around chanting, “shoot to kill, shoot a black man”?

It’d be on the headlines of every media outlet across the world within minutes and every government would be screaming for retractions, firing, you name it.

But this is Africa and it’s not blacks in the firing line but whites and that makes it all different.

Back to my friend. You know what his response is?

They’re taking farms, and I don’t have a farm. They won’t take residential houses, there’s no point in doing that. NIMBY.

Now, since presumably most of you reading this aren’t South Africans and haven’t assets in the country, let’s look at this from the outside, because things are always clearer when you’re not emotionally involved.

Let Me Ask You a Simple Question

Pretend for a minute you’re head of, say, Citi and you’ve a few hundred million extended to various businesses in South Africa.

Where would those loans be sitting in all probability?

Well, you’d have diversified a bit as any sensible banker would. But you’d have targeted relative value that is particular to South Africa and this means you’d have a decent wadge in mining, another fairly hefty wadge in agriculture, and the rest scattered around various commercial operations. But realise not a helluva lot in manufacturing because it’s just not that competitive on that front. After all, you’ve got offices in Asia for that, right?

Well, those mining laws that have been passed (I spoke about it before) are going to instill confidence in you in the same way as if Kim Kardashian was appointed CEO of a Fortune 500 company.

Then there’s those loans to the agriculture sector. “Oh, for God’s sake, no” I hear you say. They’re taking all the white owned farms. It’s not like we can even foreclose. I mean, who are we going to sell the farms to?

Buyers for farms in South Africa? Anyone? Anyone?

Now, let me remind you of a little history because this is worth thinking through.

It was mid 2017, not that long ago that Citi (yes, the same Citi that we’re pretending we’ve got the hot seat in) refused to roll over loans to South African Airways. The reasons were as common as mud. State owned, ran by farm animals… you get the picture.

It was a pretty big deal and it forced an urgent government bail-out.

At the time it had many people in the investment community on edge, though they managed to get through it without isht blowing out all over the show into other sectors of the economy. But this time they may not be so lucky.

You see, if more banks start pulling loans from state owned companies, let alone private companies (and really, if you and I were bankers, recall that our first job is as a fiduciary of our customers’ money, we sure as hell would be considering it, wouldn’t we?), it’s a pretty short elevator drop before this triggers a run on the currency, a spike in interest rates, and the inevitable inability to service government debts, because even though debt-to-GDP is around 50%, it’s already headed decisively in one direction. The WRONG one.

And what’ll happen is that the government will have to make a decision.

I know what they’ll do. They’ll be compelled to step in which will drive debt-to-GDP another 5 to 10 percentage points higher, and that’ll be all that we need to have them go completely bust as debt servicing cost, which is already in double digits, will swallow more than they’ve got coming in. And that is when we’ll read about the IMF bail-out.

Here’s the greenback against the rand:

And in case you are worried about the greenback not giving us a decent picture (after all it’s got its own thing going on), here’s the Aussie against the rand (remember, both of these are commodity currencies).

Now, shorting the rand for the next decade is, I think, a decent trade, but it means managing spot FX positions or futures contracts, which involve time expiry, and none of those really excite me too much.

As I mentioned in my earlier post on how to go long Africa, we think the answer lies in commodities.

They’re not all made equal, though, and finding the most asymmetric way to play major trends and themes is what keeps me from strutting around like one of those placard-carrying people we see on the telly yelling at people to look at all the craziness going on in the world.

Instead, I can sit and figure out how best to take advantage of it. And for that I’m truly grateful.

South Africa is an expiring option and it’s out of the money. The only value left is time, and I don’t know how much of that is left.

“Opportunity does not waste time with those who are unprepared.” ― Idowu Koyenikan

Chris has founded and built several multi-million dollar businesses in the investment arena including overseeing the deployment of over $30m into Venture Capital opportunities and advising family offices internationally. Prior to this, Chris built a career at Invesco Asset Management, Lehman Brothers, JPMChase, & Robert Flemings.
MORE ARTICLES »
PrevPreviousInsider Weekly: Are You A Market Timer Or A Deep Value Investor?
NextNatural Resources & Sleeper Cells: China’s Plan For The Next 5,000 YearsNext