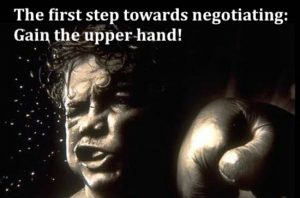 Vinny was a tall, skinny Dutch guy I’d met while backpacking around Canada when I was 18.

We became firm friends and kept in touch for many years. I, toiling amongst the pointy shoes in the city of London, and he, managing a family business in Holland. This meant that we were only a few hundred quid in flights away, and so we would occasionally get together for some wild bender weekends in Europe’s cities.

On one occasion we’d been partying in Amsterdam and were moving from a bar on to a club he wanted to show me when trouble showed up.

It was too late by the time we realised that the 4 oafs coming our way clearly wished bad things to happen to us, and they were there to make sure those things happened.

The inevitable aggressive banter began as they blocked our path forwards.

Now, one thing you need to know about Vinny is that he was the kind of guy who could talk the bark off a tree. He had the ability to make pretty much anybody warm to him.

In fact, despite his not looking remotely like a Brad Pitt, he regularly had THE most stunning girls falling for him. He was unbelievably funny, super witty, and very intelligent. And so, as he was prone to do, he fell to his trusty intellect hoping that would bail us out.

A few witty responses designed to thaw the situation, however, fell on deaf ears as the thugs stepped up the rhetoric.

One thing was clear to me right then…

We were clearly set on a course that ended with us vomiting in a back alley while crawling about, trying to find missing pieces.

And it was then that Vinny moved quietly forwards, picking the biggest of the guys and…

Vinny punched him with all the crunchyness of Yoda summoning the force. Square in the face!

Biggest oaf-like guy dropped like a stone… and big oaf-like friends stood shocked staring at their friend on the floor.

Turning back towards me Vinny mouthed silently: “Run!”

And boy did we.

Afterwards, he explained his rationale.

We had no chance of getting out of that situation without crushed testicles and arriving to work on Monday morning looking like we’d been dragged through the bush backwards and then run over for good measure.

Our only card we had to play was surprise. We were going there anyway so may as well make the most of it right. That was Vinny’s logic, and I sure am glad he had the nous to carry it out.

The sheer surprise of having a skinny guy pick the biggest guy in the pack and promptly drop him like a slab of butchers meat meant that the 3 oafs were in a state of shock and surprise for at least 5 seconds, which was all we needed to run like the police were after us… which would have been preferable to be honest.

Another piece of Vinny’s logic was that if we were ever to “negotiate” it was definitely better to begin said “negotiations” on a stronger not a weaker footing. Landing the first crushing blow would at the very least make an opponent wonder if you really were possibly mental…and who wants to deal with a mentally unstable psycho no matter how outnumbered he may be?

If you think about it that’s been a tactic Kim Jong Un has employed with amazing effectiveness. I mean, here is a leader of what is easily one of THE most impoverished countries on the planet and he’s got the world’s top leaders paying attention to him.

In any event, it saved our butts and I’ll never forget it.

Think of what he did when setting the stage for negotiations with Russia — a topic I covered previously.

Trump lined up all the major energy companies in Russia, picked the one with the most powerful oligarchs, and then punched it in the face.

Trump lined up all the major energy companies in Russia, picked the one with the most powerful oligarchs, and punched it in the face.Click To Tweet 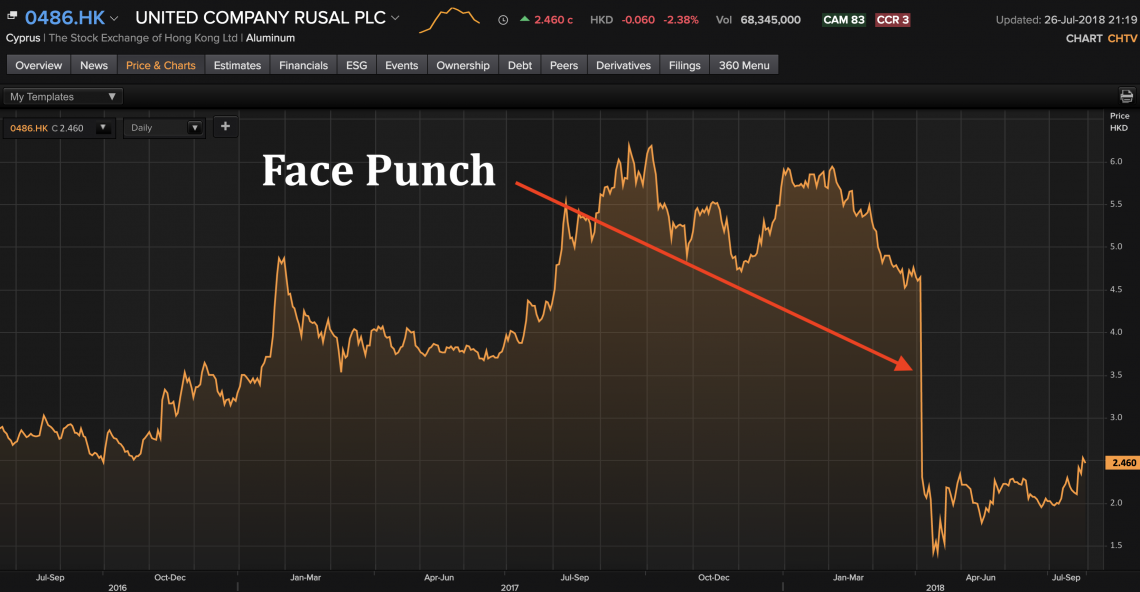 And he did it with all the others standing there watching.

Now, you can bitch, moan, and squeal all you like that these be bullying tactics and “not very nice”. And I’ll just remind you that politicians routinely say “nice” things to one another, then go home, and launch missiles.

Ostensibly Trump is crazier than a bag of monkeys. But if you look at how he’s gone about things there is a clear strategy behind what he’s doing.

It’s certainly not conventional, which has the media up in arms. And even more infuriating to his foes, it’s got the ability to be quite effective, which probably explains the hysteric never-ending desperation to find something… anything on him and the Russians.

In any event, the strategy is what it is so we don’t need to be too surprised when after the initial punch the the face. That’s when negotiations actually start.

It’s also notably when markets expect the worst. After all, everyone’s screaming, “Hey, did you see that? He just punched them in the face!”

Which is probably an opportune time to go hunting for value.

“Everybody has a plan until they get punched in the face.” — Mike Tyson

Chris has founded and built several multi-million dollar businesses in the investment arena including overseeing the deployment of over $30m into Venture Capital opportunities and advising family offices internationally. Prior to this, Chris built a career at Invesco Asset Management, Lehman Brothers, JPMChase, & Robert Flemings.
MORE ARTICLES »
PrevPreviousHow To Deploy Venture Capital In The Resource Sector
NextInsider Weekly: The Single Best $100 Oil TradeNext