As a teenager brimming with testosterone my reptilian brain loved action movies.

Top of my list were Steven Seagal movies. Clearly it wasn’t for his acting skills, which are only marginally better than Barney the dinosaur.

What I loved about Seagal was that he was both deadly and terribly fast. His opponents had mere seconds before their arms, legs, or other bones were snapped like twigs. Or they suffered a severe beating leaving them either dead or in a bludgeoned unrecognisable mess. Fabulous stuff!

With Seagal risk happened fast. The targets of his aggression never had time to get out once the onslaught began, and then it was all over in seconds. None of this drawn out biff-baff nonsense, taking forever to finally get to where you knew things were headed anyways.

Back in January of 2015 the currency markets had a “Seagal moment”.

The Swiss National Bank (SNB) had pegged the Swiss Franc to the Euro at 1.20 and by the end of 2014 had already spent billions defending the peg.

All the numbers told us the peg was untenable. We didn’t know how long the peg would hold but we did know that with every passing day what was clearly untenable simply became more untenable. The stress was building.

Failing to participate is one of my regrets. I saw the imbalance, the fact that volatility was unbelievably cheap presenting awesome asymmetry, and instead made another cup of coffee thinking, I’ll get an entry sign. Something that allows me to identify timing. Dumber than thinking you can get out of Seagal’s way after disrespecting his mama.

Back in March of 2015 we explained why the probability of the Chinese renminbi being devalued was high and increasing daily. Five months later the PBOC shocked markets by devaluing the yuan. Here is what we said at the time when discussing the CHF:

At least having sat and watched the franc peg break the lesson wasn’t lost. And so when it came to watching the renminbi and the problems we’d identified in the Chinese interbank market (something we discussed on the blog as well) we could evaluate the cost of entering the short renminbi trade accordingly since volatility was priced as if it not only didn’t exist as a threat but that it would NEVER exist. We all know how that ended.

The same had been true of the Swiss franc. When it broke, the move was even more explosive.

See that long green line at the bottom of the screen?

That’s what you call complacency, trust, and faith. This made no sense given the fundamentals. It was as loony as planning a driving trip across Africa in a Lada, expecting trouble-free motoring.

Now if you look closely you’ll see the line at the very end of the chart is a 90 degree angle. This is the volatility in the EUR/CHF pair when it broke.

As reported by Bloomberg at the time in an article entitled, “No One Was Supposed to Lose This Much Money on Swiss Francs”:

“Goldman Sachs Chief Financial Officer Harvey Schwartz said on this morning’s earnings call that this was something like a 20-standard-deviation event, and while the exact number of standard deviations is of course a subjective matter, that’s the right ballpark. Over the 12 months ended on Wednesday, the annual volatility – that is, the annualized standard deviation of daily returns – of the euro/franc relationship was a bit over 1.7 percent; over the last three months of that period the volatility was less than 1 percent. That converts to a daily standard deviation of something like 0.1 percent. On Thursday, the euro ended down almost 19 percent, or call it 180 standard deviations, depending on what period you use.”

The chart below shows the EUR/CHF currency move which coincided with the volatility shown above.

The truth is that even though the situation was untenable and the cost to going long the CHF extremely low, it was unpopular since the market believed in the status quo, and its ability to sustain the unsustainable.

Experience has taught us that typically the greater the asymmetry, the less the opportunity for us to position when a move has already begun. There isn’t time! Risk happens fast.

The opportunities we focus on present asymmetry and often happen all at once. It is important to be positioned BEFORE the move. This requires risk management, and intelligent position sizing.

Thinking you will get to position once a move starts in a market exhibiting extraordinary asymmetry is a bit like thinking you can get out of the way when Seagal gets to work on you. It’s probably too late though perhaps I should use someone other than Seagal nowadays since the only thing “under siege” appears to be his arteries.

Discipline and patience are imperative. You will inevitably be a day or two early at the train station and waiting sucks but a minute too late and it’s a loooong walk.

Investing in such opportunities you can rest assured we have to suffer fools parroting phrases such as “being early is the same thing as being wrong” until a collapse demonstrates that actually no, it’s really not.

Hubris is one sign that asymmetry may exist. Volatility and the pricing of volatility is usually key. In scrounging around the global macro landscape in search of opportunity, and in speaking with the dozens and dozens of truly great investment minds, one thing that so often becomes vividly apparent is that the very best investment minds in the world are never complacent and you shouldn’t be either. 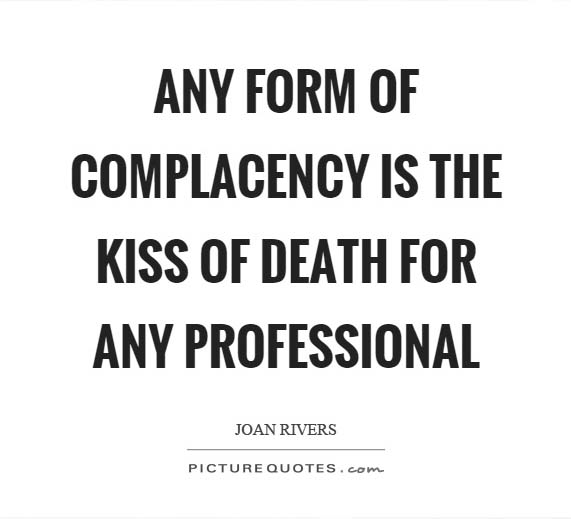 “This kind of event is the kind of thing that will trigger volatility. This is not a one day thing now.” — Darren Courtney-Cook, Head of trading at Central Markets Investment Management on the SNB abandoning the euro peg

Chris has founded and built several multi-million dollar businesses in the investment arena including overseeing the deployment of over $30m into Venture Capital opportunities and advising family offices internationally. Prior to this, Chris built a career at Invesco Asset Management, Lehman Brothers, JPMChase, & Robert Flemings.
MORE ARTICLES »
PrevPreviousWorld Out Of Whack: A Bubble in Dumb Money
NextHedging Extraordinary RiskNext