Over the weekend I was watching a movie with my kids…”How to Train a Dragon”.

In the story, a tribe of Vikings live in a particularly inhospitable part of the world. They have some enemies…dragons in this case. Their homes are continuously destroyed and their cattle stolen by these fire-breathing beasts, but as the narrator, a little viking boy mentions at the outset of the film, “they have stubbornness issues”.

This reminded me of many people I’ve met…living miserably in admittedly inhospitable climes, while justifying sticking with the status quo. Why is this?

Why do people lament a system, yet cling to it fervently as if there are no options?

From sea to shining sea the majority of the populace is “educated” in State-run schooling systems. Every single one of these institutions parrot the same lame story, namely “We are the best country in the world, we have the best education system, we must sacrifice for the good of our country…blah, blah, blah.”

The problem with this “flawed” belief system is that it’s complete fiction.

This brain washing, when instilled at a tender young age, is how large swathes of the populace are brought up to think, and brought under control.

Hop on one of those pressurized tin cans that cart us across the oceans, and you’ll see immediately that certain countries are far more hospitable than others. Some countries have better educational programs, some have higher literacy rates and some have lower levels of red tape and so forth. Clearly they cannot all be “the best”.

If we look back through history we see that large populations can and will move to places with friendlier climes if pressed to do so, for a myriad of reasons. America itself was founded by people escaping persecution and repression, and seeking a better life.

Some would argue that they were, based on the fact that they refused to abide by the doctrine of their British rulers. Mark and I would obviously disagree!

I touched on the subject of patriotism in a post entitled Military Minds, which drew a few vehement emails and unsubscribe’s.

Why patriotism is considered a virtue rather than a severe mental disorder is an unresolved mystery to me.

The political class love it of course…how else do you sell the concept that an individual should sacrifice his life, family and future, while raping, nuking and torturing fellow human beings, all for a political system that keeps bureaucrats in clover? Read any history book and tell me it isn’t so.

Of course it’s NEVER “sold” like that. Marketing/media/propaganda are all weapons in the same powerful arsenal, yet often bear little resemblance to reality. If the “sell” reflected the truth, nobody in their right mind would “buy” it.

Young Johnny in Oklahoma, fresh out of high school, armed with pimples and some political zest, full of grandiose perceptions of “his country’s” place in the world, and possibly some religious fervour is never told he’ll be coordinating drone strikes on innocent women and children whom he has never met before.

Lacking any smattering of critical thinking, which was never allowed to take root thanks to mind-numbing television programming, video games and an educational system that apparently teaches nothing other than to expect everything to be given to you on a silver platter (see our post on the Strawberry Generation), he’s going to “fight for freedom”…he’ll be a hero.

Is this resonating with anyone out there? It’s been happening far longer than any of us have been alive, and will continue to happen.

How did we get here?

A subscriber of ours, and a regular correspondent recently sent Mark and I the info graphic below from an article on Zerohedge.com. It shows how Americans spend their time. No further commentary is necessary, however, please indulge me! 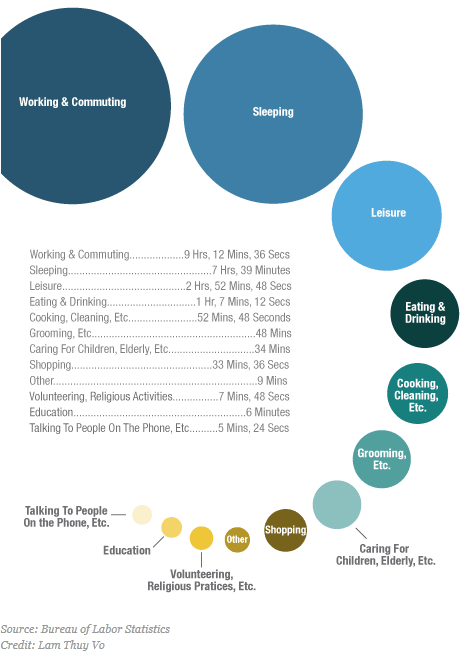 In short, the average American spends over an hour and half a day watching television, and a whopping 6 minutes a day reading. That reading may well be Glamour, or People Magazine or some other such garbage.

Does this matter? Yes and no.

More importantly, should it matter to YOU…and what are YOU going to do about it?

The world has a ton of problems, they’re everywhere. There is also no shortage of people doing stupid things. When someone complains to me about the state of the world, or the state of their country, town, or even household, my immediate thought is “does it matter to me, and what am I going to do about it, if anything?”

If there is nothing that I can do about the situation…then why worry about it? If on the other hand there is a reason for me to get involved, then I can and will.

If someone was to tell you that the Sentinelese people have decided to accept gay marriages, abortion, and outlaw the eating of strawberries you’d likely care less, right? 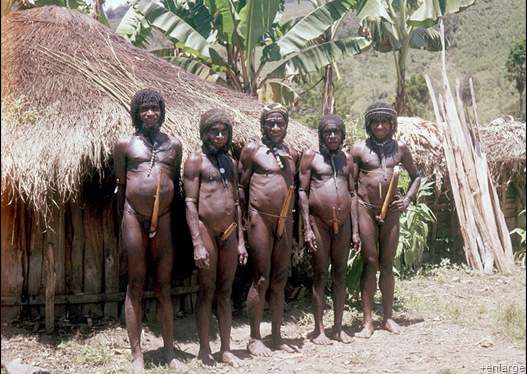 First, it doesn’t affect you directly, and second, if it did we would likely be living in the Bay of Bengal, and we’d have the choice to opt out…if we liked strawberries that is.

Instead of lamenting whatever system or setup exists where you are at, you have the choice to either accept it, reject it, or to change it. If you cannot change it, and assuming you disagree with it, then you need to grow some balls and make your own change!

The world, as my young daughter tells me…is a HUMASSIVE place. The truth is that life exists beyond the narrow confines most people so easily limit their view to.

Mark and I believe that the best opportunities to actually effect some change are by putting our capital to work in small, growing frontier markets. Attempting to affect change in societies which are moving in the wrong direction amounts to swimming upstream. We shouldn’t lament the breakdown of certain markets, we need to be aware of it and adjust accordingly. In doing so we are taking action, even if that action is saying, “I’m not playing in this sandpit anymore”.

The flip side is that the Frontier Markets where Mark and I prefer to operate are places where small amounts of capital can, and do, change lives – literally – both for us as investors, but more importantly for those entrepreneurs who are growing businesses which impact their societies…bringing goods, services and wealth to their people.

As far as “not playing in the lamenting sandpit” goes, we have found our own personal Shangri-La, a place where we can grow our own food, harvest our own rainwater (try that in Oregon), have little or nothing to do with bureaucrats, enjoy inexpensive living, warm sunshine on our faces year-round and be marveled every day by some of the most spectacular beauty and the happiest people we’ve encountered – bar none.

What is this marvelous place? Fiji.

You can come see it for yourself November 6th – 13th in Savusavu, on the Island of Vanua Levu, mark your calendar. More info coming soon!