Have you ever been to one of those embassy type parties where at the start everyone’s manners are impeccable, the 5-course meal is eaten with so many different knives and forks of varying shapes and sizes that you long for a spoon (or a piece of toast), and where the conversation is so dull and boring you find yourself in deep conversation – not with the attendees but the wait staff?

Well, if you haven’t, you’re lucky, and if you have, I can promise you one thing: this all changes as the night drags on and enough alcohol gets poured into the “dignified” guests.

When the majority of remaining guests are completely on their ear, someone has taken off with the host’s wife, and a group of call girls has arrived, then and only then do you get to see what these “dignified” guests really think.

Because in dignified surroundings when people are watching, politically correct answers are “de rigueur”. Only when people no longer think anyone is watching (or are too inebriated to care) will the truth come out.

When political polls are taken, Joe Sixpack responds as if he’s a devout believer and the Vicar is listening,

But put him in a voting booth where nobody can see which box is getting checked and it’s as if Joe’s 10 beers down on a raucous night out with the boys at the local strip club – the truth comes out.

Society operates at a mass scale level. The German word zeitgeist explains it better than any other”:

“The Zeitgeist (spirit of the age or spirit of the time) is the dominant set of ideals and beliefs that motivate the actions of the members of a society in a particular period in time. “

Identifying any problem is over 80% of the solution, which is why most people don’t know what to do because they don’t really understand the problem.

Adding to this is the fact that today we have vested interests doing their best to obscure the facts. But as more people wake up to and identify the facts and thus the problem we get the sort of changes taking place that stun the status quo.

Brexit and Trump’s election were two such events, and today we’re going to walk through where we’re at. This can help us determine the probabilities of what happens next.

My interest is purely in ensuring I’m adequately positioned for this with my capital and life. Here I’m simply pointing out that which goes unsaid.

Recently I read this article about a gang of “men” who gang-raped a 21 year old Swedish woman, streaming the video on Facebook while gloating over the attack.

Disturbingly comments on the Facebook stream were complementary and encouraging. The comments were from muslims who believe that western women are “unclean” and “deserve” to be raped. The rapists were all immigrant muslims, which you’re not allowed to mention in today’s PC world. Simply mentioning the facts opens one to cries of racism.

My initial thoughts were that the rapists, together with those encouraging them online, should all be rounded up and shot without hesitation.

To hell with assigning them legal representation paid for by the state. To hell with employing clinical psychologists who will try convince us of traumatic childhoods, and to hell with the inevitable months of “due process” resulting in – at worst – a couple of years in the slammer after which these vermin will be released on good behaviour.

Who agrees with me?

Who is willing to agree with me in public?

Who is willing to retweet this very article and put their name to it in agreement?

That number grows by the day but we’re still living in a twilight zone where agreeing with what I’ve just suggested is a big no-no.

Why? Not because I’ve suggested these animals be shot but because I mentioned two things which the politically correct West steadfastly refuses to acknowledge.

I mentioned immigrants and muslims.

The answer you’ll find is that it would sound absurd to suggest I’m racist towards fat, atheist, middle aged white men, and yet by stating the fact that the criminals are in fact both immigrants and muslims the politically correct West will eat me alive.

Perhaps it has something to do with the fact that there is no epidemic of fat, middle aged white men raping women, driving trucks and cars into people, rioting, murdering, and blowing themselves up to the cry of Allahu Akbar. I assure you that if that were the case, I’d name them just as readily but there are not.

And yet we cannot say such things…

Side story: I was contacted by the editor of a major financial publication who is a reader of the blog. Here is the message:

We all know that an open discussion is desperately required. Facing reality and identifying the problem is, as mentioned, at least 80% of the solution, and yet this is not allowed.

When the open discussion of extremely serious problems such as the daily atrocities committed by immigrants in the name of Islam is prevented, then the lid on the pot bobbles. Silently, behind closed doors, or intoxicated at parties but when honesty is laid bare, people seek someone – anyone – who will put an end to the insanity. With brutal force if necessary.

Daily we wait now for the next event. Beheadings of priests, trucks being driven into crowds of innocent families, stabbings of random people going about their everyday affairs, rapes of woman and children… all to the cry of Allahu Akbar. 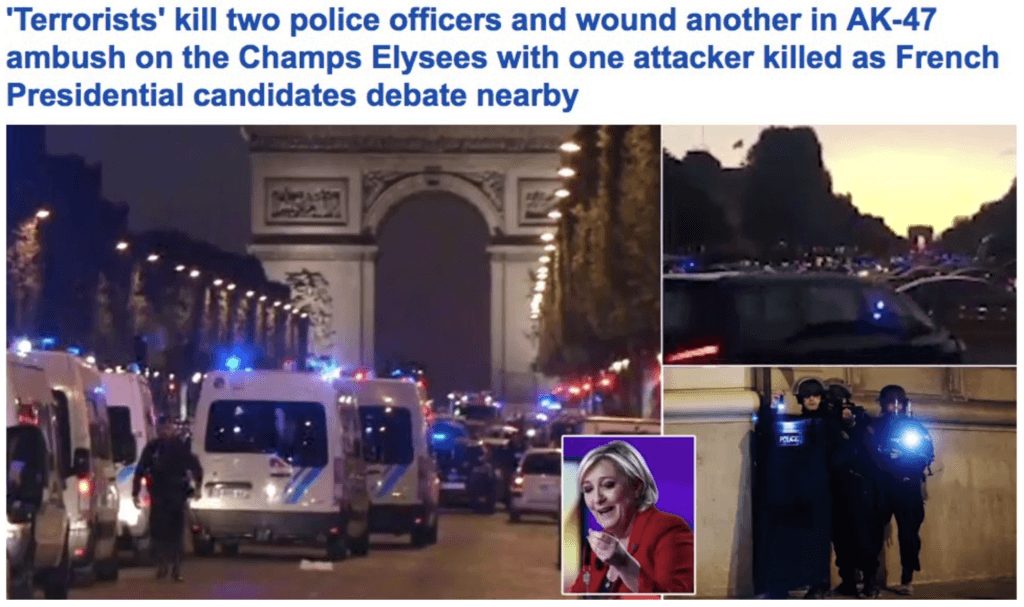 People look to their elected leaders and here’s what they get. The  establishment tell them they must learn to live with it.

Their leaders tell them that what they’re seeing with their own eyes is not real. 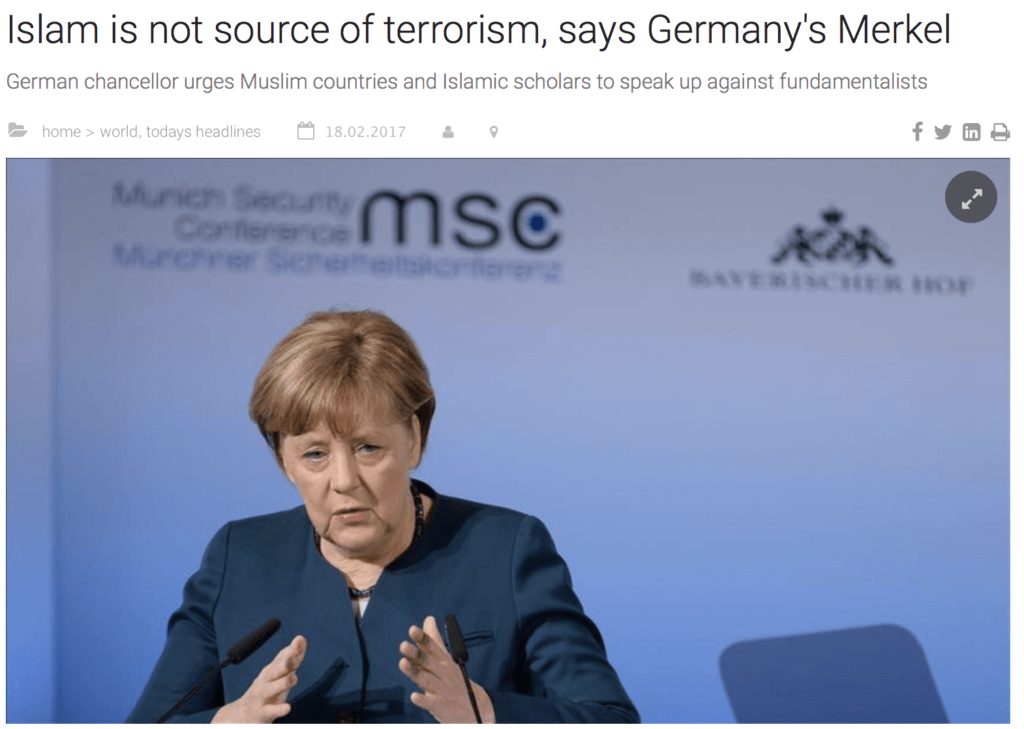 Their leaders tell them that what they’re hearing with their own ears is not real. 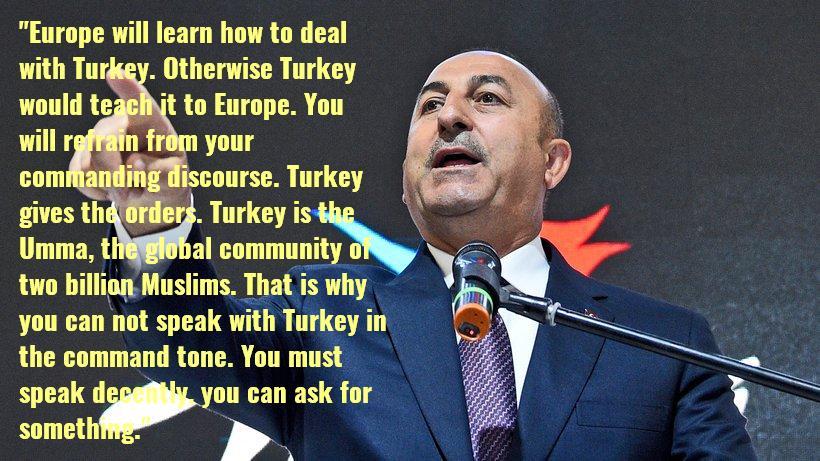 And yet Western leaders try tell us that isn’t what is meant. No, really, it’s something else.

Even while Islamic fighters tell us precisely what they mean both in actions and words. 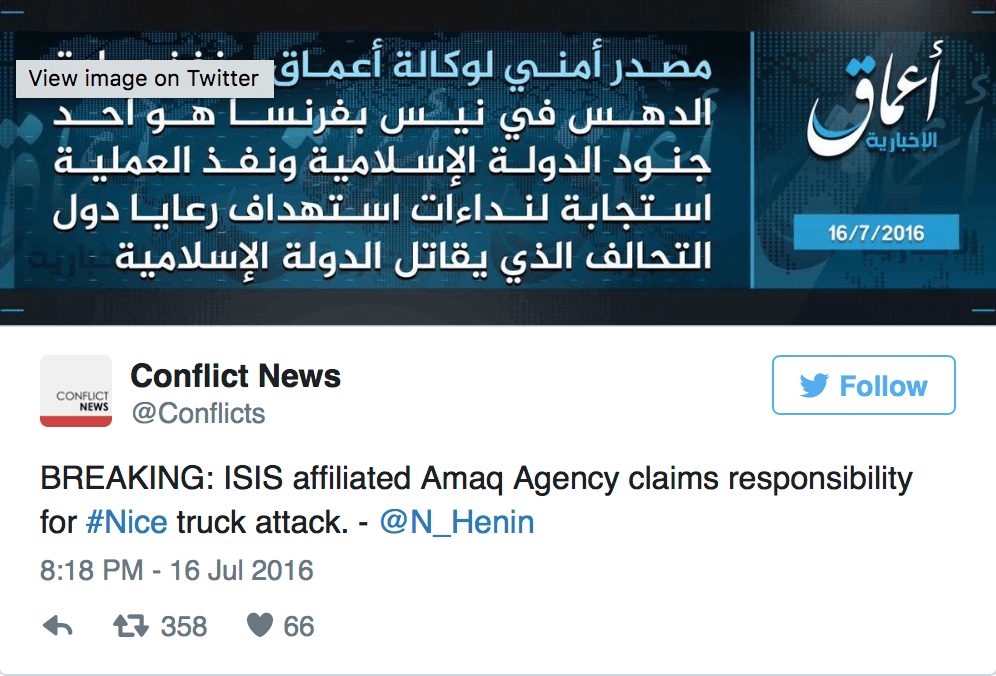 While afraid to say so publicly how many in private think: is it not time to bring in the military, round them all up, put them on a ship with a jammed rudder and aim it at North Africa?

With no end in sight and the PC infested establishment refusing to acknowledge, let alone deal with the issues, the zeitgeist silently but rapidly shifts towards those who promise to do something -no matter how ugly or violent it may look.

Left unchecked, the passage of time combined with the daily mayhem unleashed on the streets, malls, and public spaces drives ordinary citizens ordinarily repulsed by violence to increasingly call for it. This is the future.

Read my article on why people will accept and condone the coming violence.

It doesn’t matter whether you or I think this good or bad. That’s not the point. It’s already happening and thousands of years of human nature prove it isn’t the first time.

It’s because they didn’t care about them. In context they were seen as largely irrelevant. While the establishment focused on gender issues, safe spaces, trigger warnings, and foreign wars Trump focused on what people were seeing with their own eyes and he promised to do something about it.

The media would have us believe that those voting for the Donald are of low IQ and blue collar. They’ll be saying the same thing about Le Pen in France.

But the truth is that the median income of Trump voters was $72,000. This was not Billy Redneck who lost his job at the coal mine voting as much as the MSM would like to portray it that way.

The fact that America had a president (Obama) who refused to use the phrase “Islamic extremism” and who managed to say things such as “terrorism has less to do with Islam than any other religion” and the fact that Clinton embraced this delusion isn’t actually all that surprising. We know that the basilisk and her husband took tens of millions of dollars from the Saudis and other Islamist regimes.

Scenes such as this from Europe had Americans concerned. Trump understood that and made the most of it.

Which is one reason why the basilisk lost. 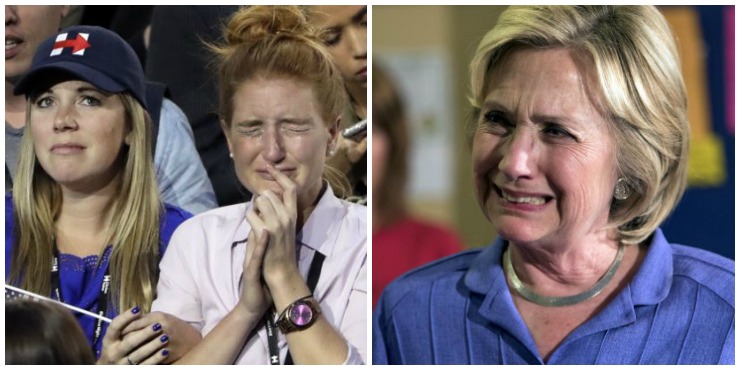 Standing up for Western civilisation has become “racist”.

Over in Malaysia the government has just recently voted down a child marriage ban with a prominent MP stating:

‘They reach puberty at the age of nine or 12. And at that time, their body is already akin to them being 18 years old. So physically and spiritually, it is not a barrier for the girl to marry,’ Shabudin said on Tuesday during a debate on the bill.

He also said there was ‘nothing wrong’ with a rape victim marrying her rapist as she would then not face a ‘bleak future’.

Shabudin’s comments sparked outrage on social media, with some opposition politicians asking for him to be fired.

Under Islamic law, children younger than 16 can get married if the Shariah courts allow it”

This is dangerously and offensively irrational.

Any thinking human being should be outraged. Pedophilia and rape should not be part of any culture we’d want to live in. This MP should be hung immediately. How many are with me? How many are prepared to say so at a cocktail party?

In a mad bid to prove “acceptance” and “tolerance” the West have gone entirely off the deep end ignoring and condoning comments and actions completely antithetical and incompatible with modern Western Civilisation.

This creep is part of the force Canadians are told is there to “protect” them.

That the Toronto Police Association are “raising concerns” when one of their own is championing pedophilia and rape is nothing short of insane. How many wish to live in a society where pedophilia, rape, throwing gays from rooftops, and the beheading of “infidels” is sanctioned? How many would willingly let their daughter near this man?

I ask you: What are the “silent majority” saying to one another when they’re alone?

This is what’s coming. Watch

The odds are mayhem or a man on a white horse. Perhaps both.

I built INSIDER in response to many investors asking for dedicated actionable investment research. This research needed to be easily understood allowing for the ability to be implemented and applied to investors own portfolios. Try it risk-free for 30 days. If it’s not right for you we’ll refund your subscription

Chris has founded and built several multi-million dollar businesses in the investment arena including overseeing the deployment of over $30m into Venture Capital opportunities and advising family offices internationally. Prior to this, Chris built a career at Invesco Asset Management, Lehman Brothers, JPMChase, & Robert Flemings.
MORE ARTICLES »
PrevPreviousWorld Out Of Whack: An Absurd Unintended Consequence Of Abnormally Low Rates
NextWorld Out Of Whack: 5 Head ScratchersNext