Skin In The Game

When last did you really need help from complete strangers? 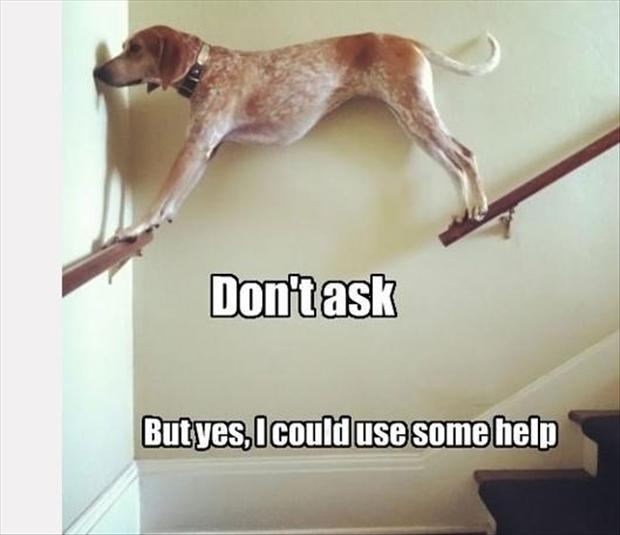 Last week my wife, daughter, and a friend headed down to the beach to ride the horses (yup, the same ones I wrote about here).

To get to the beach from where the hay-burners are kept is about a kilometre through quiet neighbourhood streets. Normally, this is no problem.

The most excitement from a trip to the beach typically involves waving to some of the old wrinklies while they water the gerberas… or watching little sprogs get excited, racing inside yelling, “Horsey, Mummy! Horsey!”

Not this time, though.

This time all hell  broke loose as a scrappy little terrier with Napoleon syndrome came charging at the horses about halfway to the beach. With a snarling mutt tearing at their legs the horses panicked, went all bronco, bucked the riders off, and bolted with little “Napoleon” in hot pursuit.

Now realise that nobody, not even Ben Johnson fuelled with an extra dose of roids, can keep up with galloping horses. And so they promptly disappeared to God knows where.

And this is where my original question comes in… When was the last time you needed someone’s help?

Which brings me to what happened next.

Within minutes folks in the neighbourhood had noticed horses galloping down the road, sans riders — not a normal thing.

Neighbours came out to see if they could help, then called neighbours further up the street, someone called the police, and within 10 minutes, and I kid you not, my wife, daughter, and their friend had been picked up by some bloke in his car and were searching the streets looking for the panicked nags.

Streets had filled with people on a mission to locate the horses and help. The police had arrived, cordoned off two roads which exited onto a busy street and thus presented danger for panicked horses and motorists. And a full scale horse hunt was underway.

The horses, not being the thickest animals on the planet, must have recognised surroundings and promptly bolted back to their home. The community determined to help out in the chaos connected via phones, loud yelling, and running kids to locate the horses, the police, and my wife, and co. This was like a military exercise where even Waldo couldn’t hide. 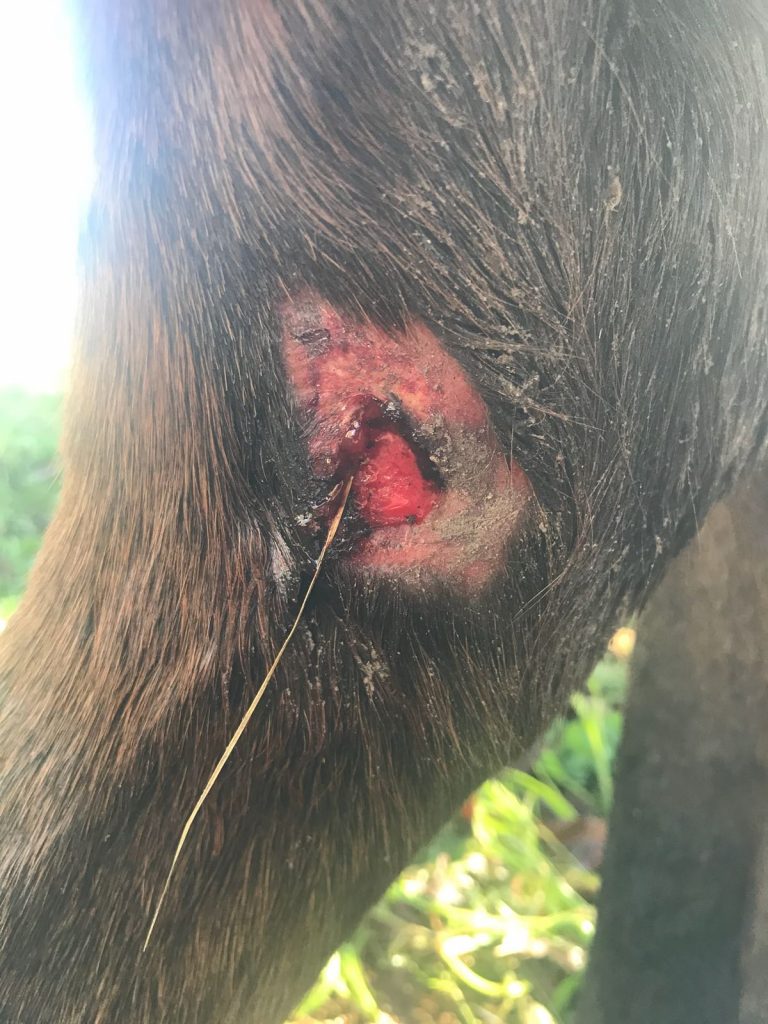 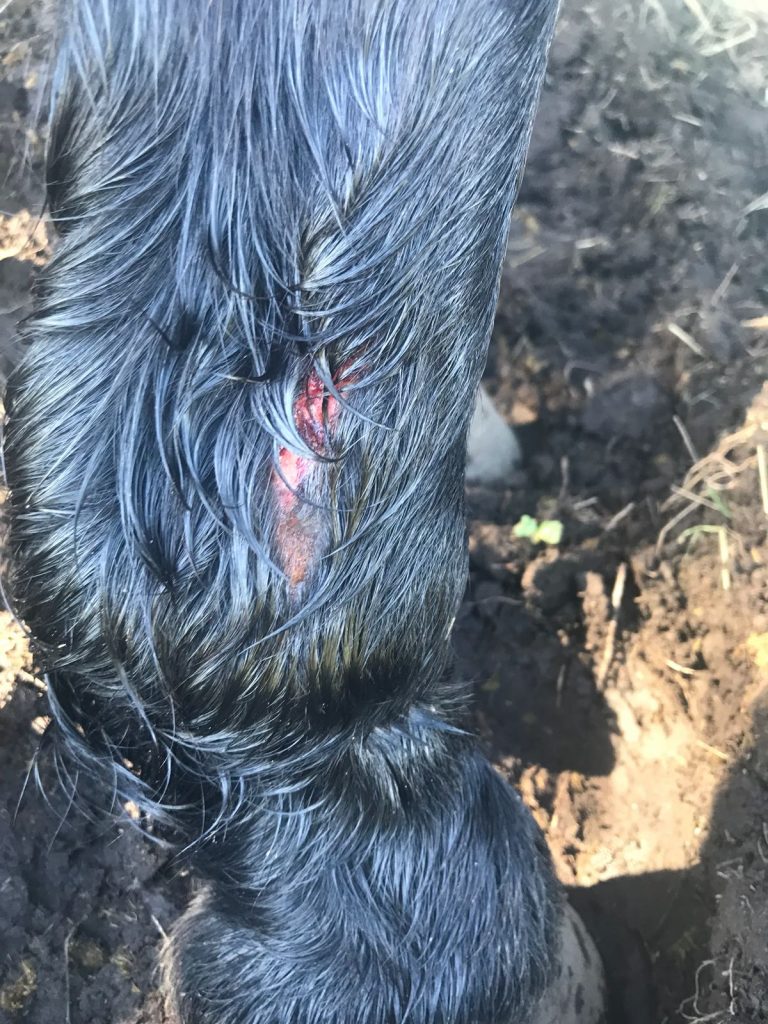 Not only that but the owner of “Napoleon”, after securing her dog… which by this stage had put a few holes in the nags, rang the vet and promised to pay for the repairs.

Why do I tell you this?

This is a small little country where the sense of belonging and community is still incredibly strong. People buy in to what being a “Kiwi” means.

It got me to thinking about what are the pieces required to getting such a strong sense of community? How do you get a society that pulls together when isht inevitably goes wrong?

The same way you get buy-in from literally anything else.

Skin in the game and one core culture that everyone buys into.

When Japan was hit with the tidal wave and Fukushima disaster the way the community dealt with it is telling. Anthropologist John Traphagan, from the University of Texas who specialises in Japan, puts it this way:

“Japan is a very community-oriented society,”

“What is happening is that people band together very tightly and help each other get through it,”

The sense of collective is supported both by cultural norms and “is reinforced by social and political structures in Japan,”

When you contrast this to the pillaging of private property, rapes, and lawlessness which followed the aftermath of the New Orleans Katrina hurricane, the reaction by the populace couldn’t be more stark.

Look, it’s not politically correct to say so but the hell with politically correct because the advance of mankind has always been about facts and truth. And when we deny the truth we risk much more than mere ignorance. It’s how millions have repeatedly died under failed ideologies.

The facts are the facts. I mean, we can ignore them and end up like present day Venezuela where it costs over a year’s salary to buy a single bottle of whiskey. We can do that. It’s just not particularly smart.

The truth is that multiculturalism doesn’t work. What does work, and this has been proven by America of old, is that a multi-ethnic integration under ONE culture works tremendously well.

Multiculturalism doesn't work. Instead, America of old has proved that a multi-ethnic integration under ONE culture works tremendously well.Click To Tweet

When the Italians moved to the US for a better life, within a generation they never saw themselves as Italian Americans. They were Americans. When the Irish moved — the same thing.

Underlying this is an acceptance to the terms of what that means. America worked because those that came into the system all came with the intention to integrate into the culture… and then did. Which is why the term African American was the first destructive terminology introduced. It’s actually racist despite what the soy latte-drinking, hemp-wearing screeching banshees will tell you.

We’ve the same thing in New Zealand where most everyone buys into being a Kiwi.

The price paid is adherence to the laws, taxes, and following expected norms. And when people diverge from that, the repercussions aren’t only from law enforcement, they’re social.

This makes for a society where in times of crisis they come together to help one another. It is why Japan dealt with the Fukushima disaster in an orderly and efficient manner. It is why the earthquake in Christchurch New Zealand was met with strong community support sans looting, raping, and pillaging. Everyone has skin in the game.

Which brings me to the fustercluck that is Theresa May’s Brexit.

As you can see sterling bounced off the lows brought by the Brexit shock. But ever since the frumpled-looking hag who is in charge of making Brexit happen has been flip flopping over the issues it’s been taking a beating.

The problem, of course, is that May never wanted Brexit. In fact, she campaigned very hard to prevent it. And yet she’s now tasked with making it happen. This makes as much sense as hiring Hitler to look after a Jewish orphanage. She’s no skin in the game, and worse, doesn’t’ actually want it to happen.

Still, things could be worse.

The Brits could have chosen to remain and entwine themselves in the sinking ship that is the EU. Or worse still they could have decided waaay back to actually join the disaster that is the euro.

As troubled as the murky shores of the Kingdom are, I’d certainly rather be holding sterling over euros.

But more important than currency moves is what happens with society.

That Brits chose to leave the EU isn’t the issue. You can agree or disagree whether this is a good thing all you like. The issue is that it needs to be implemented. In a democracy this is how things are meant to work.

But that’s not happening as May champions a “soft Brexit”. What we’re seeing is the contract between the state and its citizens being eroded.

As I mentioned in an earlier article on why Brexit happened in the first place, I alluded to one of the elements that citizens expect in their society:

At the very beating heart of the contractual relationship with the nation state is the agreement that citizens will be kept safe from invading armies and domestic threats. When Europe lost control of its borders it broke this contract with its citizens.

Now, here’s where things can really go off the rails.

The populace who voted to leave the unelected kleptocrats in Brussels behind, bothered to actually put down their pints, leave the pub, and vote because they felt like they had skin in the game. Otherwise, why bother, right?

So when their elected government refuses to implement what’s been agreed upon, they themselves no longer feel like they should adhere to the the principles of that society. In short, they feel like those elected to govern no longer have any skin in the game, and why hell if that’s the case, then why should they?

And there is sufficient historical evidence which indicates that pushed too far, when a society feels like they’re not allowed inside the house they thought they had a right to, they’ll burn it down just to feel the warmth of the fire.

A culture, a society, a community is a pretty fragile thing and it is largely held together by accepted norms. The alternative is an overtly authoritarian regime which enforces a particular culture. Much of the Middle East and Northern Africa provides us with adequate examples of this.

I’ve no idea whether or not our pasty friends on that muddy island can pull this together.

However, what’s pretty clear to me is that with each passing day the rational law abiding folks (you know, the ones who tuck their shirts in and pull their socks up) are feeling like they’re not being let inside the house.

They may just begin to pull their socks down and let their shirts hang out. And if that happens, I really wouldn’t want to lose a horse in such a society because instead of helping find it, someone will more than likely eat it.

“I can assure you that Donald Trump has got it absolutely wrong. The police in London are not afraid to go out and police the streets. […] Politicians should be very careful as we are dealing with the issue of terrorism, as we fight terrorism, we need to be bringing communities together. Bringing greater cohesion in communities, not seeking to divide.” — Theresa May before Trump’s election

Chris has founded and built several multi-million dollar businesses in the investment arena including overseeing the deployment of over $30m into Venture Capital opportunities and advising family offices internationally. Prior to this, Chris built a career at Invesco Asset Management, Lehman Brothers, JPMChase, & Robert Flemings.
MORE ARTICLES »
PrevPreviousThe Next Big Score…?
NextInsider Weekly: Time To Get Long Agriculture?Next