The Benefits of Pissing People Off

We’ve previously discussed the various aspects of angel investing and what we look for in a business and its management. Today I want to talk about the other side of the coin.

My reason for discussing this topic was prompted by my having a quite drink with a friend recently. Our conversation instinctively moved from mundane topics to investments and the various deals we are involved in.

To provide a little backdrop to this conversation let me say that eager developers litter Thailand, and Phuket in particular, much like plastic rubbish bags litter African cities. All of them looking to add yet more supply to an already saturated market of poorly constructed condo blocks, which will be sold to pale-skinned, beached blubber whales fueled with a concoction of cheap beer, Viagra, 20-something Thai bar girls and endless warmth and sunshine. 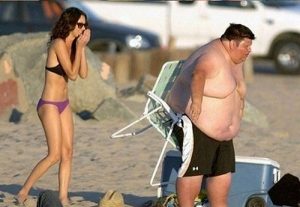 As such it was no surprise that our conversation was overheard by a developer who just so happened to have the perfect deal for us. What luck! A couple of investors sitting there waiting for the holy grail to descend and shower us with all manner of gifts. A gift indeed, as this fine gentleman needed to raise “just a fraction more” capital for one such endeavor. The entire development was basically “over the line” and simply needed just a tiny push in order to gush money like an overfed foreigner experiencing his first bout of diarrhea. AND, we would be able to take an equivalent position in the financing to first round investors. Magic!

My friend, bless him, is too kind. He has cash to invest and is looking for some projects, however like me he doesn’t want a piece of any real estate development here. Anyway, as soon as Mr. Developer heard of our status as “men with money” and a possible funding source there was no stopping him. I quietly sat sipping my drink listening with amusement. It was to be fair quite a dazzling display, and I think given more alcohol, less experience, paralysis of the mind or an abandonment of any logic or investigation of fundamentals, I could have fallen for the suave display. Yep it was that good… really. Thank Crom for those pesky little things like facts, which keep saving my ass when looking at fundamentals for any business.

Since it was clear to him, but not yet to me that this particular development and anyone involved in it stood to make an absolute fortune, I was eager to find out if my initial hesitancy was out of place.  Maybe this particular gentleman’s development had merit. After too many oft heard sell lines, I was troubled but not surprised to find that Mr. D is leveraged to the hilt with venture capital from a VC in India, and some additional funding from a local bank. With no pre-sales in the hat and yet to purchase the land, I was frankly floored at the setup. Had these financiers brains atrophied recently? My head swam to thoughts of raising capital with these guys. The problem would be that I would wish to build a fund to purchase infrastructure assets across Asia AFTER a collapse, and this is exactly the time that such financiers will be running for cover and seeking shelter. Perverse I know.

I digress though. I asked what market research he’d conducted. “Phuket will always have demand” was his response. Not letting him get away with such a flimsy answer I nodded my head in agreement. I mean he is 100% correct. Just as there will always be demand for typewriters, newspapers, steam trains and ugly girlfriends. I then inquired about supply. He took a long drink, mumbled something inaudible about poorly marketed properties and turned to my friend to continue discussions.

Ah, the benefits of pissing people off!

Here is a guy who at the age of 52 has put his entire life savings of US$250,000 into a project yet to get of the ground. I commend him for having faith in his own project and committing capital to it. Finding committed founders is one of the most important aspects to consider as an investor. That said, if it were I in his shoes I would certainly be wondering about the intelligence of this. Then again, each to their own I say. There is nothing better than a free market where we all get to make our own decisions, and maybe, just maybe I’m missing a giant opportunity here. Either way the market will provide its answer in due course.

After spending way too much time with Mr. D, my friend managed to extract himself from his clasp and we left. Clearly exhausted from the encounter, he later asked me, “But Chris what should I have done? I was just interested in some conversation really.”

I laughed and told him I had quite enjoyed the spectacle, but really the answer to any investor is this: 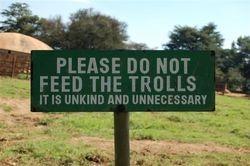 The Big Hat, No Cattle

Entertaining someone that you have no intention of investing with is somewhat fraudulent in my mind. Since I’ve syndicated many deals I’ve been on the other side of this and I have to say I have NO patience for investors that string you along. Often times it amounts to “big hat no cattle.”

You hear statements such as “Yeah sure, I’m real interested,” or, “looks like a great opportunity, let me get back to you on it o.k.” “I love what you’re getting involved in please send me xyz details.”

If you mean it fine. If you don’t then you ought to be ashamed of yourself for being spineless. If an entrepreneur or angel investor such as myself who is syndicating a deal cannot take a “no thank you” then they will never make it in this business anyway.  If the entrepreneur or investor is going to hold a grudge because you didn’t invest in their “baby deal” then they need to grow up. Would you get upset if your mother didn’t invest in a deal you were participating in? Almost certainly not. So then someone that knows you a whole lot less than your own mother should not be any different.

The absolute worst of the lot – “I’m in!” Which is then followed on D-day with, “Ah (cough) I’m sorry yeah um my ah… um… adviser/mother/dog/wife doesn’t think it’s a good idea”.

Don’t be that guy. Be realistic about what you want, do thorough due diligence and don’t muck people around. If you decide not to participate, there is no need to go into the details of your decision, as nobody wants to be told that their baby is ugly right!

You’re never in a position where you SHOULD invest in every or any particular deal, even (and maybe especially) when it’s a friend or family member that is involved. I’m not saying that investing with friends is a bad idea, but what I am saying is that its vitally important to differentiate between evaluating the business and the management and the friendship. The two can intertwine but do not always do so. I have some wonderful friends that I would NEVER invest my capital with. This doesn’t make them bad people it simply makes them a poor bet for successful outcomes in a business venture. Why go about destroying a perfectly good relationship? These are wonderful people to go surfing, snowboarding etc. with, but not everyone has a great business idea or skill set to turn into a profitable venture. Thats quite normal.

It’s your capital and it’s your responsibility so don’t be shy to say so. A pet peeve of mine is something I alluded to above. Big hat, no cattle. At the end of the day no matter what you think nobody actually cares how rich or poor you are. I certainly don’t. They just want to get on with their business and achieve whatever it is they’ve set out to achieve. Pretending that you are richer than you actually are impresses me as childish, and is a sure fire way of destroying good relationships with your colleagues, business partners and anyone you come into contact with.

Don’t Be Afraid To Piss People Off

In summary, don’t be shy to piss people off. There are huge benefits to it. You need to be able to quickly make a decision and move forward. Be true to yourself and those you deal with. I’ve spoken before about evaluating management and while it’s critically important, what should not be forgotten is our own conduct as investors.

Let us know if you’ve had any experiences with this.

Women prefer men who have something tender about them – especially legal tender. — Kay Ingram

Chris has founded and built several multi-million dollar businesses in the investment arena including overseeing the deployment of over $30m into Venture Capital opportunities and advising family offices internationally. Prior to this, Chris built a career at Invesco Asset Management, Lehman Brothers, JPMChase, & Robert Flemings.
MORE ARTICLES »
PrevPreviousUgly, Uglier and Ugliest
NextTechnology Distraction is a Multi-Billion Dollar IndustryNext