The Black Plague And Nuclear Energy

The original can be found here.

The black plague, also known as the black death, is a disease caused by the bacterium Yersinia pestis. It enters the body through the skin and travels via the lymph system. The bacteria live in the digestive tracts of fleas. The fleas, of course, live off blood from a host, and when the fleas swallow the blood, it becomes infected with the bacteria. As the bacteria multiply inside the flea, an intestinal blockage forms, starving the parasite because nutrients cannot be absorbed. The flea vomits in an effort to clear the blockage, and since the flea is starving, it feeds voraciously. When the infected flea vomits the diseased blood into a bite site on a host animal or human, the host becomes infected with black plague.

The disease was once devastating, and the resulting death was horrible. There were actually three forms of the black plague – the bubonic form, the pneumonic form, and the septicemic form. Victims of the bubonic plague suffered painful swollen lymph nodes in the neck and the underarms, called buboes. They were also wracked with high fever, vomiting, pounding headaches, and gangrene. Some were so weak that they barely had the energy to swallow.

The pneumonic form was even more punishing. As the body tried to fight off the disease, large amounts of phlegm were produced. The victims had to constantly cough up sputum in an effort to breathe, and more than ninety-five percent of the time, the patient drowned in his own body fluids. The pneumonic form of the plague didn’t need rats or fleas to spread – it was an airborne bacterium spread by the coughs of infected individuals.

Septicemic black plague was a form of blood poisoning and had a mortality rate of one hundred percent. With this type of plague, the individual suffered from high fever and purple blotches on the skin. Fortunately, this deadliest form was also the rarest.

From the middle of the 1300s until the 1700s, the black plague terrorized much of Europe and parts of Asia. Most historians believe the plague was first brought to Europe on ships from Asia. The most likely culprit was the black rats that often foraged among the ships’ holds for food scraps. These were smaller relatives of the brown rats.

The initial outbreak of the plague in fourteenth-century Europe was the most virulent. In fact, much of the populations of England and France were decimated. In some parts of England the death toll was 50%. Some parts of France suffered an astounding loss of ninety percent of their populations.

Many modern readers assume that there was only one outbreak of the black plague, but there were actually several. In fact, it raged through Europe about once every generation until the beginning of the eighteenth century. One of the last major outbreaks occurred in England with the Great Plague of London, which took place in 1665-1666.

Remember that the plague was spread by fleas that lived on rats. A viscious cycle kept the disease going. Infected fleas would bite a rat, and the rodent would become infected. Then other fleas biting the infected rat would become infected themselves. Once the host rat died of the plague, any fleas living on it would find themselves homeless and would go in search of a new host. Unfortunately, this often took the form of a human. When the sick infected fleas bit the human in order to feed, the human would become infected. So why didn’t the Europeans just keep plenty of cats around to kill the rats and thereby reduce the incidence of the plague? They had cats at the time. They were originally brought to Europe by the Romans, who had discovered the felines in Egypt. Keeping pet cats as mousers had become popular in Europe by the time of the first plague.

To fully answer that question, you need to understand the belief system of medieval Europe. Based on historical accounts and medieval art, people during this period were prone to many superstitions. The Catholic Church was the most powerful entity in Europe at the time, and the masses were consumed with the presence of evil and eradicating it in any form it might be believed to take. Because of their secretive nature and their ability to survive extraordinary circumstances, the general population came to fear cats as consorts of Satan. The innocent cats began to be killed by the thousands.

The cats ultimately got their revenge, of course. Since there were few felines left, the rat populations increased unchecked, and the plague grew even more widespread. You’d think that the humans would make the connection by this point, but instead, they made things even worse. They began to associate the plague’s new vigor with the cats and even with dogs. They believed that since both of these animals typically harbored fleas, they must be the cause of the plague. Subsequently, cats were outlawed in many parts of Europe, and huge numbers of cats and dogs were killed. In fact, at one point in the middle ages, there were barely any cats left in England at all.

Even though cat ownership was illegal in some regions, a few people kept their felines. Other people finally noticed that these cat owners often seemed to be immune to the black plague. Word spread quickly, and more observations of this phenomenon were noticed. This resulted in research, crude as it was during the time.

Eventually, it was decided that the rats, not the cats, were responsible for spreading the black plague. Then, of course, everyone wanted to own a cat or two. And since cats are prolific breeders, it didn’t take long for the demand to be satisfied. The laws which had been the cats’ death sentence were repealed. In many regions, a new law took its place – one that protected felines instead of banning them and almost causing their extinction in Europe.

When I read this I immediately thought about how we humans can latch onto beliefs that are utter nonsense and pursue those beliefs to our detriment.

I could list numerous market sectors that have gone through this sort of behaviour, though none seem to fit so aptly as the uranium sector today.

There, too, we have something largely misunderstood where nuclear energy has been treated like a cat during the plague, shunned, ridiculed, and ostracised, while in actual fact it’s likely a bigger part of the solution to our future energy needs than most realise. And THAT should definitely be on your radar.

I know, I know, I get it. Fukushima, Three Mile Island, Chernobyl — all black death stuff. Babies with 3 heads and all that nasty stuff. Except, when looking across the energy spectrum, please realise it’s complete bollocks. It’s a superstition that nuclear energy is some disastrous genocidal killer. Here, take a look. 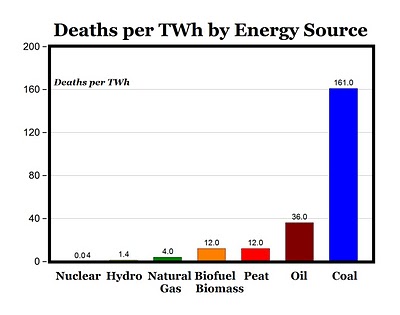 There are more folks afraid of flying than there are afraid of driving cars, which is silly since airline travel is in order of magnitude safer.

This is because when a plane goes down, hundreds of people die in one fell swoop. A lady on the telly with big hair, furrowed brow, and tears in her eyes will tell us all about the dead children. And then we get to go to bed with visions of us clutching our ankles while overhead luggage pinballs its way around the inside of the plane and we stare at the terrified faces of our loved ones who realise we’re not going to make it home ever again. And this makes us understandably averse to being put in any situation where we may end up clutching our ankles.

Yet there are fatal car crashes all the time.

Right now, in fact, people are meeting their end smashing their way into barriers, poles, or even having their Teslas suddenly and for no reason burst into flames or have autopilot send them into oncoming traffic (that is… if they’re silly enough to buy one of those deathtraps). But the truth is we’ll likely not even hear about it. It’s mundane, happens all the time and thus not considered newsworthy.

The other thing that happens with aircraft crashes is that after an accident the men in fluorescent coats descend on the scene of the accident, armed with plastic bags and notepads, which they scribble on furiously. They then go away and build these giant pressurised tin cans to be that much safer. They do this repeatedly, and not only when hundreds die but every time a plane does so much as hiccup during a flight. And so they’re darned safe.

Well, the same thing has been happening with nuclear power facilities. And that’s even though they’re still the safest form of base load energy we’ve got.

Something else that’s completely missed by the market right now is that believe it or not nukes account for roughly a quarter of the electricity demands for 16 countries. 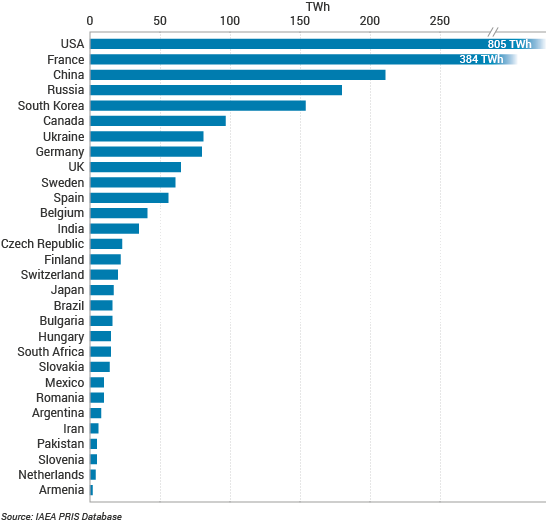 Energy is, and always will be, important. It also promises to become increasingly important as the global geopolitical environment continues fracturing (something we’ve been chronicling in these pages) leading countries.

And when I say countries, I mean governments attempting to secure their energy independence and supplies. Watch for it. It’s coming as assuredly as Christmas. 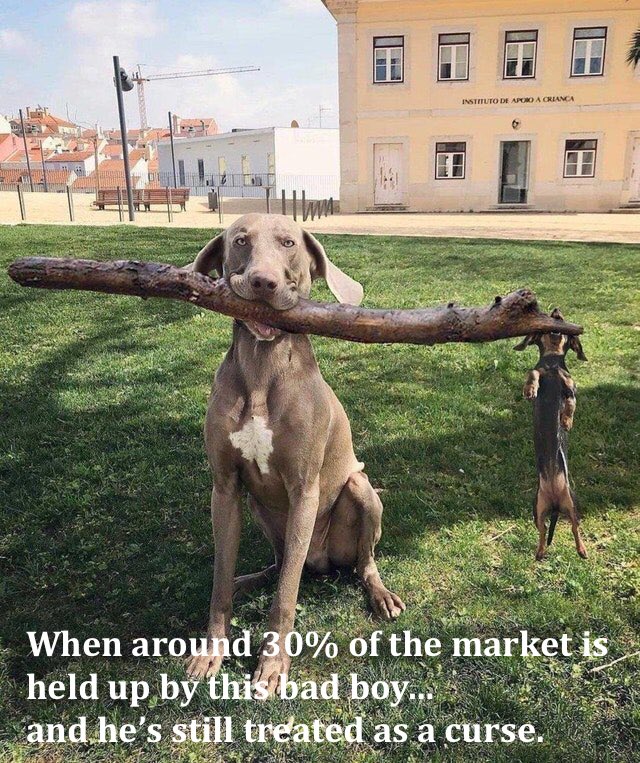 “What gets us excited and what gets us out of bed in the morning are the long-term fundamentals of the uranium market.” ‒ Brian Reilly, Minerals Council of Australia