This is NOT Fair!

Looking back on my own childhood I reckon raising kids must have been a piece of cake. Parents let their kids wander off to the nearest state school where justice was swift and harsh. Caning was all the rage and I certainly got my fair share. It was all pretty fair. You screw up, you get caned. Easy enough to understand.

Parents seeking a “better education” for their spawn looked outside of state schools. In private schools they found this wonderful thing called boarding schools where you don’t even have to raise your own kids. The process was simple. Look around for the boarding school furthest from home, ship Johnny off with some simple advice, “try not to get sodomized too much and see you in the holidays.”

School was for the most part pretty fair, unless you were being sodomized.

The concept of fairness is ingrained in human nature. I still recall my sister lining up glasses on the table with juice in them. Fizzy juice was a luxury in our house growing up, used only on special occasions and meted out with military precision. No way were you going to get less than your sibling. The juice in each cup had to be EXACT! 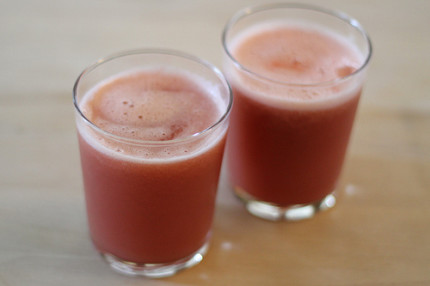 One slight inch higher on one cup meant a re-balancing and re-pouring was required. This could easily take 20 minutes! I remember measuring with a ruler.

This doesn’t go away as an adult. In fact, it gets stronger. Now I get mad when I see unfair situations and one example can be found in financing start-ups.

A purely hypothetical entrepreneur comes to you with a deal. It is a standard convertible note which, for the purposes of this example, is a $500,000 convertible note with a 20% discount and a $5M cap. You sign up for the deal but then the company realises that they have way more interest from investors than they had thought and they further realise that they need more money than originally thought. “No problem,” they say, “we’ll just put more money on this cap and raise it to a $8M cap”. Six months later they raise another tranche of capital on the same note but now at a $10M cap.

Investors paying attention will realise that they’ve just been hugely diluted. What investors now own is a blend of those raises as they’re all attached to that one note. When the note converts everyone who thought they were buying at a $5M cap suddenly realise that their percentage ownership of the company is far less than originally calculated. The hell with that. That’s not fair!

Investors should ensure that this doesn’t take place. One way of doing so is to have the company sign a side note ensuring anti-dilution and pro rata rights in subsequent rounds of financing.

If you’ve risked your capital in an early stage venture then you certainly should be awarded this. I personally want the ability to follow on into the company until I no longer wish to do so. I’d like to keep my percentage ownership for as long as I can do so. Pro rata rights are an option, not a futures contract. You’re not forced to follow on but you have the right to should you so choose. I want that ability.

I was recently asked what to do in a situation such as the stacked note situation mentioned above. If you’ve invested and you see this taking place and you don’t have a side note in place then ask for your money back. If the entrepreneur is prepared to do this to his early investors then you don’t want to be doing business with him or her. Fools don’t deserve your investment!

You can’t keep sipping juice out of the glass and saying it’s the same thing. That isn’t fair!

“I looked up fairness in the dictionary and it was not there.” – William Giraldi

Chris has founded and built several multi-million dollar businesses in the investment arena including overseeing the deployment of over $30m into Venture Capital opportunities and advising family offices internationally. Prior to this, Chris built a career at Invesco Asset Management, Lehman Brothers, JPMChase, & Robert Flemings.
MORE ARTICLES »
PrevPreviousMongolia – Is This Guy for Real?
NextYes, Colombia! A Country in our RadarNext