World Out Of Whack: Washington Isn’t Vegetarian Either (No, Really)

In this week’s edition of the WOW: awakening to reality

A couple of years ago I read an article published by the BBC where the particular author, referring to a recent study done, bemoaned the fact that shockingly 15-year old kids didn’t know where their food came from.

5% thought strawberries grew inside the fridge and 6% thought they grew on trees, amongst a long list of other absurdities such as believing cheese came from sheep and carrots grew on trees.

This isn’t surprising. When I lived in the UK, I worked and traveled in Europe and the US and I became depressed at the way society was trying to insulate itself from reality. At the most basic level, ask young Johnny how a chicken makes its way from the farm into a lovely casserole and he’s completely stumped.

Try fixing the problem by taking Johnny on a weekend camping trip where you have to kill, pluck, and cook a feathery friend and you’ll find some Nancy-Know-Better running around, wringing her hands, flapping her arms crying, “what about the children?”. Yes, indeed. What about the children?

If you don’t know where it came from and by what process it made it onto your dinner plate, then maybe you shouldn’t be eating it. I’d say that seems fair, given that the animal gave its life for you. I’m not campaigning to line up 3-year olds, getting them to turn off Bob the Builder, and go watch the action at the local slaughterhouse, but don’t you think that by the time the little darlings are old enough to understand death they need to know how bacon happens?

Sadly this doesn’t happen and so the little munchkins grow up completely shielded from reality, believing the most absurd things.

Sitting, waiting for a flight I half watched an episode of “Survivor” where the consequences of this were streamed to the world.

The starving contestants were given some chickens but couldn’t bring themselves to kill and pluck them. “Euwee, I can’t eat THAT!”, said a blonde stick insect who, as far as I could tell, had man made breasts and got her suntan from a bottle. These were adults and they’re chickens for God’s sake. We’re talking about a bird so daft, it can operate normally with no head. I mean it’s basically a vegetable with wings.

Out there, beyond the air conditioned shopping malls, reality TV shows, and Facebook profiles (in the real world), we’ve got animals that eat each other after sex, we’ve got brain eating viruses, and the Fulmar bird, which, like a central banker, sprays deadly puke over you, and mothers that eat their own young.

We’ve also got human beings. The link. We kill and eat. Ok, there are an estimated 375 million vegetarians in the world (I looked that up) but that’s only 5% of us bipeds. The rest of us? Killers!

In politics they’re all meat eaters. All of them. Even the ones who don’t know they are. You don’t want to be party to killing? Fine, go be a vegetarian and don’t ever go into politics.

Bill O’Reilly, a FOX news TV presenter, interviewed Chairman Trump the other day and now vegetarians and meat eaters alike are up in arms.

The source of outrage? Trump suggested on live TV that the US government isn’t all vegetarian. 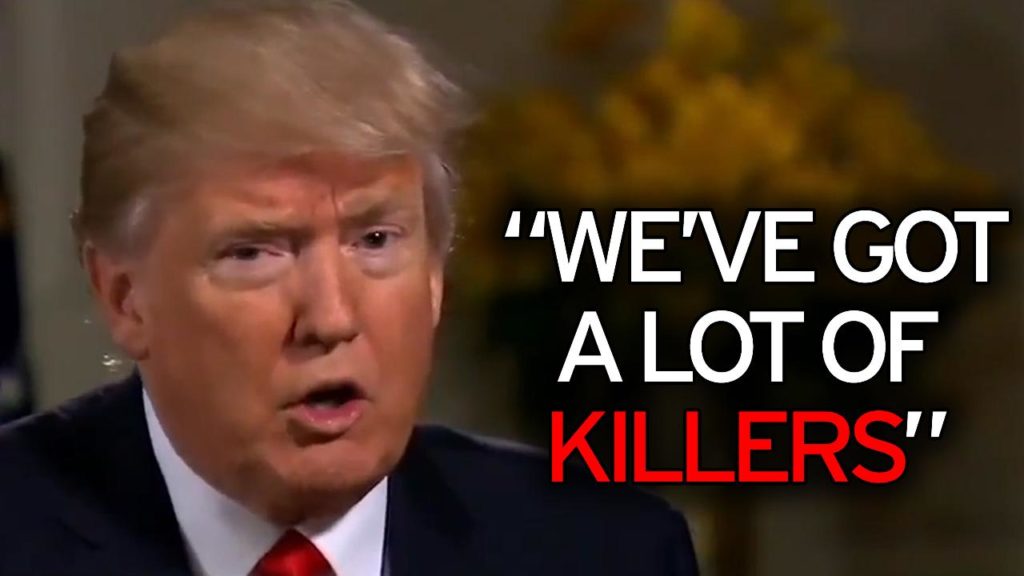 Mr. Trump: “There are a lot of killers. You think our country’s so innocent?”

A populace shielded from reality, that’s why. Next thing you know Trump’s going to tell people that Texas Roadhouse buys dead cows and feeds them to customers. Consumers will be shocked.

Is Putin a killer and is the US so innocent? Let’s look at the facts.

Hammers are designed to hammer nails, and if all you have is a hammer then everything pretty much starts looking like a nail.

Perhaps this is why the size of the US “hammer” is proportional to the 37 nations the US has invaded since WWII where they’ve killed in excess of an estimated 20 million people. Russia has invaded 6.

Both governments are killers. Certainly the US isn’t so innocent. Trump is 100% right. What is shocking is all of the morons standing on tiptoe shrieking about it.

With heavily armed testosterone filled American teenagers, brought up on a diet of Hollywood movies and mainstream media wandering the streets of 156 countries which they previously couldn’t have found on a map, it’s quite literally impossible for America to remain “innocent”. Only an idiot would think it possible much less plausible. 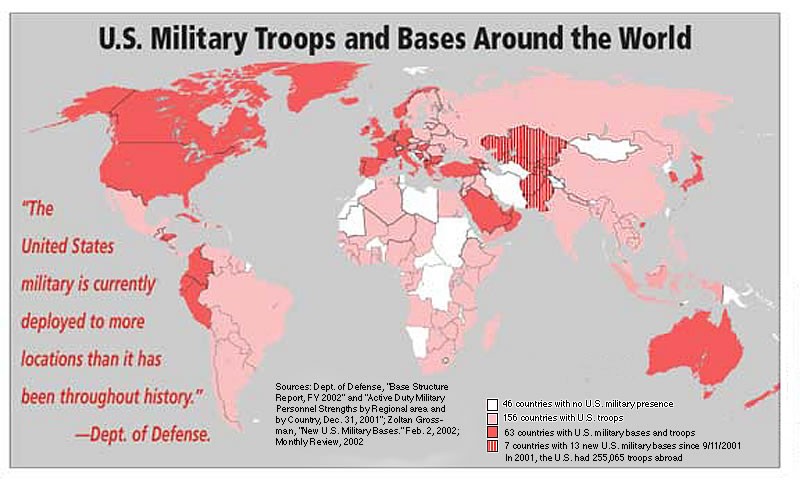 Random? Unusual? One of a kind?

None of the above.

War is disgusting, brutal, and brings out the very worst in humanity.

Take a kid, expose him to situations where he finds himself sitting next to his buddy Joe as Joe stares in disbelief at his hands which hold his intestines (IED’s do that), and you can bet he’s got a higher than average probability of going off the deep end.

This is how killers become killers:

“A US service member left his base in southern Afghanistan on Sunday and started shooting Afghan civilians, killing 16, including three woman and nine children, CBS reported, quoting Afghan officials.”

Governments have always been and will always be the biggest killers in the world. Full credit given to the MSM who have done such an amazing job of shielding  the populace from reality. Bravo! Now we have hundreds of millions of people who are shocked by the obvious.

I congratulate Trump on stating the obvious. That he actually needs to is troubling but hey, better late than never, I guess.

Thankfully people are waking up and questioning the propaganda.

As another source of amusement I present one John Hardwood who poked the hornets nest and came away with a few welts as reported by the Political Insider:

CNBC’s John Hardwood decided to conduct a Twitter poll to see who the American people trusted when it came to the DNC hacks. Did they believe Wikileaks, who deny Russian involvement, or do they believe the intelligence community who has blamed Russia despite ZERO hard evidence being shown to the public?

The results were shocking and it stunned the media elite! 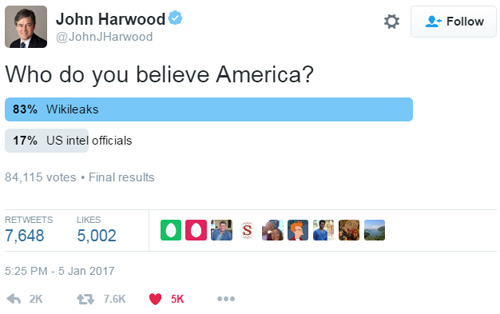 A parting thought: I know I’ve suggested “strong men” will come to power and we’re certainly seeing that. This brings dangers with it.

People search amongst the status quo, finding it lacking and instead looking for strong rulers.

They shouldn’t be. They should be looking for strong rules.

There is a difference.

The former is a crap shoot and can go either way, while the latter provides the environment necessary to create collateral which is a fundamental reason as to why global funding markets such as the eurodollar market have been dysfunctional and remain so.

Unless those “strong rulers” address the core problems in the financial system, then the underlying problems will not go away and we’re all in for one helluva rocky ride.

As is always the case, the financial markets will the the laboratory in which we get to protect ourselves and profit. Or not. Much is at stake, that much is clear.

For today’s quote I’ll let you read it and judge it yourself:

“There is no moral equivalency between the United States of America — the greatest freedom-loving nation in the history of the world — and the murderous thugs that are in Putin’s defense on his cronyism.” — Republican Senator Ben Sasse

Chris has founded and built several multi-million dollar businesses in the investment arena including overseeing the deployment of over $30m into Venture Capital opportunities and advising family offices internationally. Prior to this, Chris built a career at Invesco Asset Management, Lehman Brothers, JPMChase, & Robert Flemings.
MORE ARTICLES »
PrevPreviousThings You’ll Never Believe
NextWill This Be The Result Of The Trump-Abe Meeting?Next