What Do Supertankers and Southeast Asia Have in Common?

My son just read me an interesting fact. Did you know that a typical oil tanker will take up to 3km and 45 minutes to complete a 180 degree turn at normal sea speed?

He is busy reading me all the facts about the Titanic. He’s enthralled with it because there is a lot of death involved. He’s at that age where death, mayhem, and grand disaster are AWESOME.

Let’s face it, there are two reasons everybody knows about the Titanic…

The first one is precisely because it was an anomaly. Giant, beastly sized ocean going vessels don’t typically crack up and head for the ocean floor. They are also notoriously incredibly strong, and they are also difficult to turn with any speed, which coincidentally seems to have been one of the problems with the titanic. It didn’t turn fast enough and ploughed into a giant iceberg.

The second reason, in case you’re wondering, is because Leonardo DiCaprio and Kate someone made a song and dance about it. I know this since I tried to watch the film once but I was in Prague and the movie was in Czech with no subtitles. Never made much sense to me.

The reason I have supertankers on my mind, other than nostalgia for Prague or my son sitting reading about them, is that both Singapore and Hong Kong, where I’ve just left, have a decent number of them. You see them dotting the horizon like a silent buffalo herd, when you fly in and out.

When I think of Asia I see the entire region akin to a giant supertanker ploughing full steam ahead. 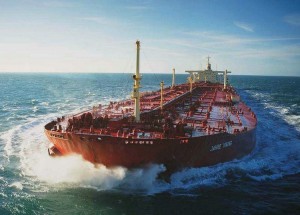 Individually there are countries running, then walking, then retreating some, but as a whole we’ve got ourselves a giant supertanker moving in one direction. There is no question that the rise of the Asian economies is rapidly changing the structure of world trade and finance.

I’ve heard statements on this particular topic such as, “Asia will dominate the 21st century” and others such as, “As long as the US is the world’s military power nothing will displace them”, to everything in between. I don’t particularly care for either opinion. All too often because it comes from a nationalist approach, and nationalism, like patriotism, is a disease I’ll never fully understand.

I tend to take a slightly different view. I think the future will be more about ideas than one continent or nation. Industrialization meant that assets were largely fixed and therefore could be seized, secured and/or stolen. The technology revolution has drastically changed this dynamic allowing for businesses to categorize and domicile their various business components in jurisdictions favourable for maximum shareholder value.

If you extrapolate on this you’ll realize that much of the value in many businesses is in intellectual property. As such “ideas” will increasingly domicile in favourable jurisdictions. As such, then we need to look at all the factors which may contribute to a favourable climate for “ideas” and monetization of those ideas.

Is it therefore any wonder that so many businesses have been flocking to places such as Hong Kong and Singapore? No, not unless you’re particularly dim.

Sitting on the doorstep of a swelling middle class throughout Southeast Asia, businesses domiciled in both Hong Kong and Singapore are provided with many of the ideal tools for profitable business operations. A robust legal environment for developing IP, a deepening talent pool, increasingly open markets too distribute their products, a number of low cost labour options, and a rising middle class that is hungry for more… all within a short flight.

This swelling middle class, from Jakarta to Shanghai and in between, is causing a number of shifts in people and capital within the region. One such shift is of course a rural to urban migration, resulting in land pressures amongst other things.

Present capital flows are important, too. Both Japan and South Korea, for a number of reasons which I don’t have time to explore in this article, are on a buying spree in the South East Asian region. Understanding these capital flows, why they exist and whether they are in their infancy or near an end is important.

The Japanese and Koreans, however, are not the only ones investing. Chinese investment into Cambodia, for example, has topped $10 billion over the last 15 years with real estate dominating investment. These are big numbers for such a tiny country.

Then from the China Daily we have the following:

In the first half of 2014, there were 16 deals valued at $1 billion or more in Southeast Asia, compared with only six deals in the same period of 2013, according to Thomson Reuters.

In addition, a third of all M&A activity in Asia Pacific in the last six months took place in Southeast Asia.

This year, for the first time since 2006, the volume of bankruptcy-related M&As from Asia Pacific exceeded Europe, the Middle East and Africa (EMEA) to become the only region in the world with an increase in total volume to $8.5 billion to date, almost double the $4 billion in 2013, according to financial services information provider Dealogic.

Perhaps more telling, the value of M&A deals that were withdrawn this year has reached $24.7 billion — 36 percent less than in the same period in 2013. At the same time, however, the number of withdrawn deals around the world has hit a high not seen since 2008, according to Dealogic.

What do these players see that others do not?

When you think of ASEAN integration this becomes more obvious. Consider the following statement from China Daily:

According to International Monetary Fund estimates, the AEC bloc will have a nominal GDP of $5.6 trillion, trailing only the United States, the European Union, China and Japan.

ASEAN integration in 2015, something that doesn’t even seem to hit the Western media at all, will simply accelerate what has been taking place at an ever increasing pace – growth that is.

According to researchers at the Asian Development Bank:

If Asia, our home continent continues to grow on its trajectory of the past 25 years, it could – by 2050 – account for more than half of global GDP, trade, and investment. Asian individual incomes could rise six-fold; and three billion Asians now mired in poverty and deprivation would become affluent by today’s standards. Asia as a whole would regain global economic position it had held some 250 years ago – before the Industrial Revolution of the 18th century.

Don’t get me wrong. There are a lot of things in Asia that need fixing… a lot. Traffic can be horrendous, and crossing the street in Manila, Saigon, or Jakarta requires balls of steel, several tranquilizers and luck. Traffic lights are decorative, as nobody takes any notice of them. Clean tap water is still a novel idea and logistics are horribly fragmented, but you know what? This is why so much opportunity exists! 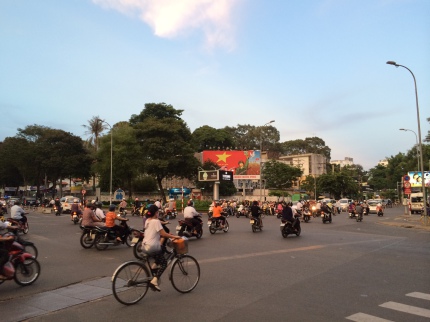 These are all problems which increasingly get resolved. Expecting farmhands from the boonies to understand traffic signs is neither fair nor reasonable. Expecting DHL-like services, air conditioned subways and decent plumbing used to be unreasonable. Not so much anymore. In fact, step into cities such as Kuala Lumpur, Bangkok, Hong Kong and of course Singapore, and you’ll see completely calm, sensible behaviour, together with good infrastructure. It wasn’t always that way.

Now I ask you… where would you think the most attractive growth comes from? An established environment or one busily establishing itself?

“With a population of more than 600 million people, an emerging middle class that is driving strong consumption, and a robust and resilient economy, Southeast Asia presents a compelling growth opportunity for Starbucks.” – Howard Schultz

Chris has founded and built several multi-million dollar businesses in the investment arena including overseeing the deployment of over $30m into Venture Capital opportunities and advising family offices internationally. Prior to this, Chris built a career at Invesco Asset Management, Lehman Brothers, JPMChase, & Robert Flemings.
MORE ARTICLES »
PrevPreviousWhy I Don’t Really Care About Your Product
NextThis is the Biggest Risk to the World’s EconomyNext

From a reader….
Dear Chris,
Taking nothing away from the main point of your editorial
… a fully loaded supertanker moving at top speed actually requires an arc closer to 20km to complete a 180 degree turn. The average speed of a fully loaded supertanker is 18 knots, hence, they would cover 3km in just six minutes. These things have such huge inertia, they require about 10km simply to make an emergency stop. They almost never do this because the amount of fuel required to get a supertanker up to speed – like a fully-loaded train – is prodigious. Once they are moving, however, they are very fuel efficient. Additionally, they almost never turn the rudder ‘hard to starboard’ or ‘hard to port’ because doing so would put huge stresses on the rudder and create a lot of drag, thus, slowing the supertanker down and require a lot of fuel to get it back up to speed. Therefore, supertankers turn slowly which is why they can take 20km and 45 minutes to an hour – depending on weather conditions – to make a 180 degree turn.

Also, the Titanic didn’t actually plough into the iceberg. Had it done so, it likely would not have sunk as the damage would have been limited to the forward compartments. The problem was it grazed the iceberg thus ripping open a long gash in the hull thus flooding more compartments than the ship was designed to withstand.

I stand corrected. So much for library books…though after reading through it yes the Titanic sheared the hull and didn’t plough headlong. They did for whatever reason get the tanker thing all wrong.