Relaxing by the poolside — despite the appeal to most — just isn’t my thing.

And since I get bored too quickly and start annoying my family we don’t do that sort of “relaxing”. Rather a multi day tramp in one of the most spectacular untouched native forests in the world.

You meet all sorts of people when doing multi-day hikes. And if you’re South of the Equator this time of year, you’ll meet at least 50% of Germany between the age of 18 and 30. And of course, being in “Hobbitville,” you’ll meet all the Kiwis. All 12 of them.

Speaking of Germans… We kept bumping into two gents on the trail who, in an attempt to “de-stress from their hectic student lives,” had hopped on a plane in a bid to experience Middle-earth.

I can’t remember either of their names, but one of them I named Boris since he was a dead ringer for Boris Becker. Anyway, this bloke spent the entire time desperately searching for a signal for his phone.

Now, there’s plenty mention on the interweb as well as at the starting point to the trail that NO, sorry, there is NO COVERAGE. None. Zero. Nada. Not anywhere. In fact, when driving into the area you lose coverage a full 2 hours before you get close to the lake.

Thinking that maybe he couldn’t read English very well I mentioned this little fact to “Boris”. But no. Turns out I was wrong. They already knew this. Undeterred, though, he would repeatedly jump up and walk about with his phone aimed at the sky, muttering away to himself. His buddy was only slightly better.

Why, I asked, thinking Aunt Helga back in Stuttgart might be undergoing brain surgery… or a sister was about to produce another German. Nope! Turns out just an incessant impatience to connect on Facebook.

It made conversation tough until it finally dawned on me…

These guys aren’t used to communicating with other homo sapiens without a phone. It seemed as impossible for them to concentrate as it is when I’m bursting for a pee and trying to quickly get something done.

And this got me thinking about Millennials, a generation which these two gents fell squarely into.

Patience is not something this generation has had to develop.

Want the lights on? Flick a switch. Want food served? Order it up. Entertainment? Instantaneous and on demand.

You’ll see them lose the plot when a text message hangs for a nanosecond. To the casual observer you’d be forgiven for thinking that they’d spilled sulphuric acid on themselves. But no, the connection is just a bit iffy. And it’s no use telling them, “Whoah there champ, give it a second! After all, it’s going to bloody space and back for you!”

And so this naturally led me to thinking about markets, investing, and the destructive nature of impatience. 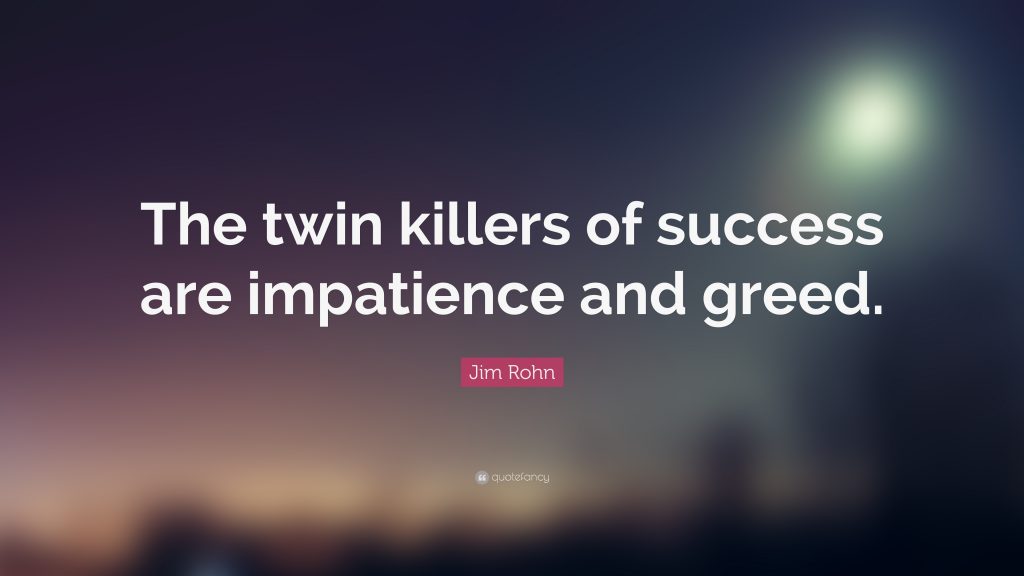 Take Warren Buffet who has managed to compound capital systematically and consistently for 52 years.

Here’s a guy with a simple strategy whose company’s stock has delivered about 155 times the total return of the S&P500 — and that includes dividends generated by the stocks in the S&P.

The “spooz” has enjoyed annualised returns averaging 9.7% including dividends since 1965 when Buffet took the reigns of Berkshire Hathaway.

Uncle Warren, for his part, has generated 20.8% per year. But it’s the consistency really that allows for compounding to work its magic. For example, 10 grand invested in the “spooz” each year saw you come away with US$10,970, on average, after one year. On the other hand, Berkshire would have grown to US$12,080. That’s only a thousand bucks. Big deal!

The big deal is, of course, compounding because that same 10 grand in the “spooz” is today worth roughly US$1.3million. And yet the same 10 grand invested into Berkshire is worth nearly US$200million. That’s somewhere between “Oh, quite a bit more” and “Holy shit, is it that much?”

What Buffet does is arbitrage the impatience of others. 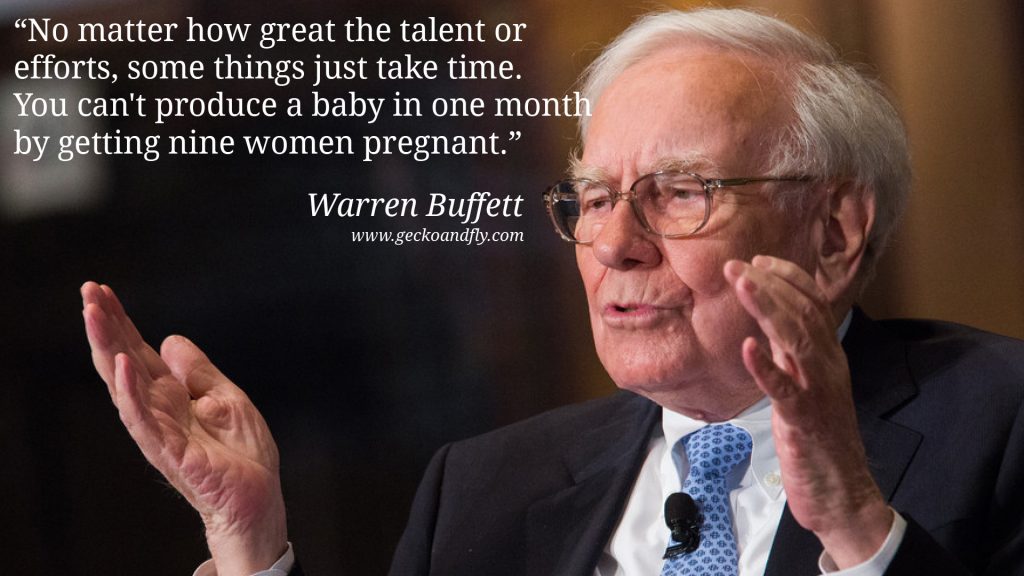 The power of sustained outperformance is something that very, very few investors manage to adequately understand. But it is undoubtedly the primary reason Warren is as successful as he is.

Here’s a recent example I decided to use to illustrate the point, and I pick this simply because it’s something we’ve been covering ourselves. But there are plenty others that I’m sure you could find yourself.

Below is Bank of America going through the GFC.

Now, if you’ll recall that period of time, armageddon was looking positively inevitable, and folks were watching the heavens for locusts. That is, if you were watching CNBC.

In any event, Bank of America went on a capital raising spree and issued some juicy-looking warrants.

If you buy deep value and give yourself enough time, it is very difficult to muck it all up.

If you buy deep value and give yourself enough time, it is very difficult to muck it all up.Click To Tweet

At least that is what I told myself at the end of 2011 when I first dipped my toe and bought these warrants at US$4.0 and Bank of America was trading at about US$7 and less than 0.5x book value.

To a contrarian in search of deep value this seemed as logical as changing dirty underwear.

Well, fast forward 5 years to mid-2016 and there was nothing to show for my patience.

And then, if you look closely, you’ll see that lovely little window there in 2016 when the warrants suddenly diverged from the underlying equity. That little divergence presented an anomaly that like an itch needed scratching so from a half a percent position size to double that the logic seemed sound.

And only now, some 12 months on from that, I am being rewarded.

Sometimes it just takes a hell of a lot longer for value trades to play out than you could ever have rationally imagined!

And sure, you could have bought the outright equity, which I’d already done but this post isn’t about position sizing or even Bank of America but rather about patience.

It takes patience to sit… and sit… and then sit some more, and wait for these bottoming processes.

And by golly, our friend Boris sure as hell wouldn’t have the stomach for it. The question is, do you? Because if you don’t, you’re probably more dangerous to yourself than you realise.

“The two most powerful warriors are patience and time.” — Leo Tolstoy