World Out Of Whack: Cubed!

When I set out over a year ago to just once a week highlight one element of absurdity (because it is absurdity which often leads to asymmetry and thus profits) on this ball of dirt we call home, it was inevitable that I wouldn’t have much trouble in finding things to jeer and laugh at.

With the torrent of rules and regulations, manipulations, and interventions that fill statute books each day… and with governments and central bankers doing what they do best (stupid things), it was a statistical certainty that I would reach a day when I looked around and finding far too much to show you my head would simply explode. And this week that day arrived…

And so… with an exploded head I’m useless to you.

So instead, I figured I’d go back and review all the voting on the World Out of Whack posts I’ve done. And by George, there are a sh*tload. June of 2016 was when the fun began. I don’t know if I’ll get through them all but you never know unless you start so here’s the first three.

Vancouver real estate. Investors thought it was such a great idea… except you. Cos you’re smart. Well done!

Now a year on, Vancouverites would rather weld their children together with molten metal than dive in and buy.

There’s more, though. I threw some crumbs. Now, don’t say I don’t love you:

“Side note: While the focus today is on overvalued RE markets, as an investor I can’t help myself from pointing out that with a P/E ratio of just 9x, Hong Kong’s equity markets are today the cheapest in the world, with the Hang Seng Index trading at the biggest discount to global shares in 15 years.

As a reference point consider that most major stock markets typically trade at a P/E of between 15-20x, so we’re looking at an equity market some 40-50% of its highs and an overvalued real estate market at the same time.

Here’s that undervalued market I was talking about: 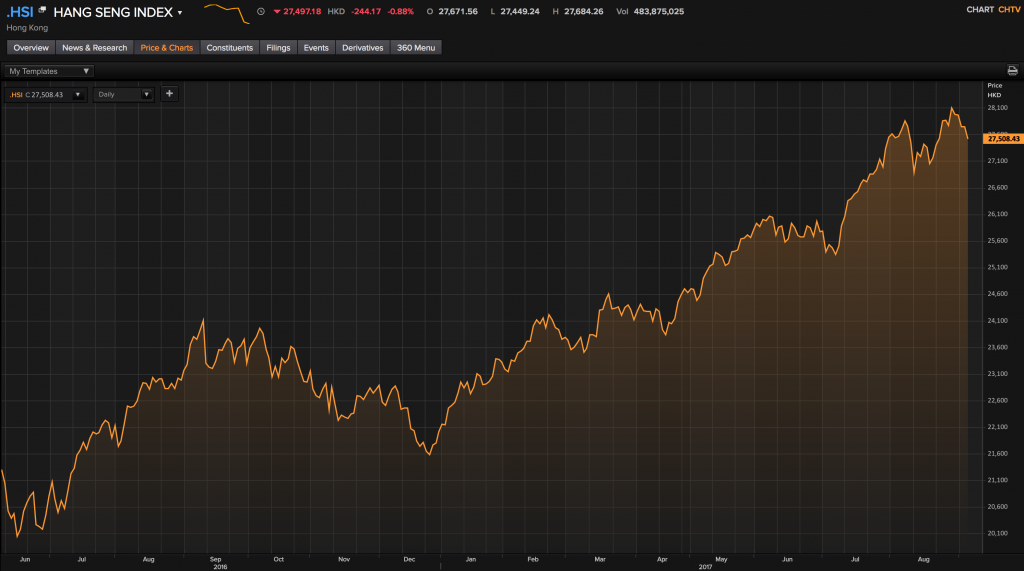 I then mentioned those fiendish orientals… and why you should buy Bitcoin. This is a game not just for round eyes in Silicon Valley to play: 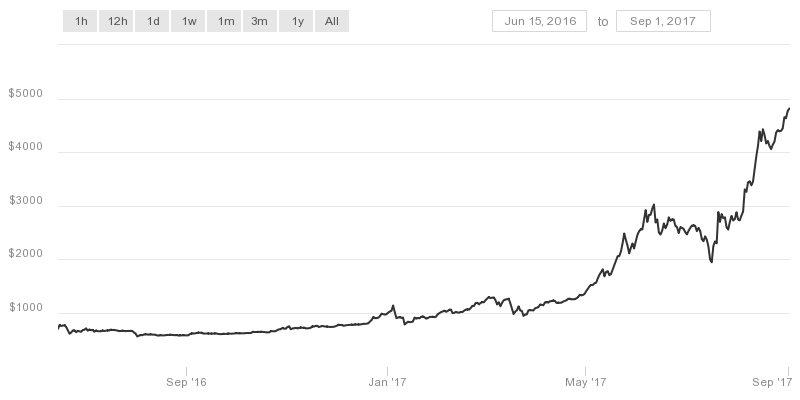 2. Next up was just after Brexit

…and we asked you: 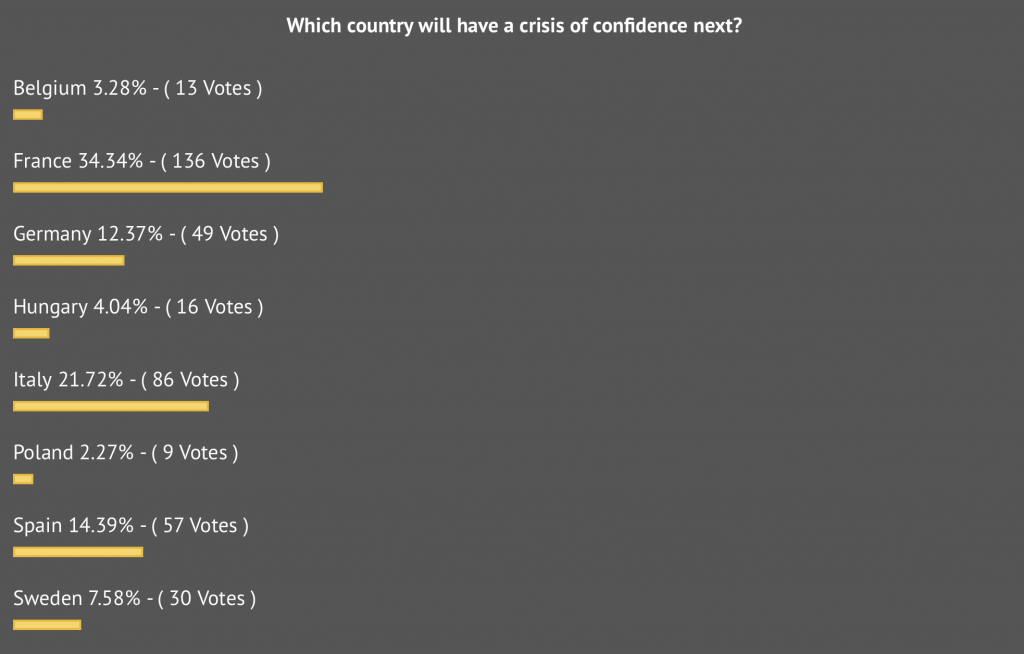 Crikey… you lot are sharp. Certainly French elections registered as a crisis in confidence with the first time that an incumbent never even made it to the runoffs. Ha! Take that Hollande… and put it in your pipe and smoke it.

3. And then in the third issue of WOW, we covered global bond markets

We asked the question:

So that was published on 29th June.

Though gold is about where it was in June of last year, this question will only be answered in the next crisis… and I’m willing to put some shiny ones on you being right once again because I promise you this: In the next crisis, gold is likely to fare much better than trying to conjugate the modern day version of Julius Caesar’s paper.

And really… if there is one thing I’d like to get across, it is encapsulated in this wonderful chart below. Because once you realise this, you’ll begin to start thinking the right way: 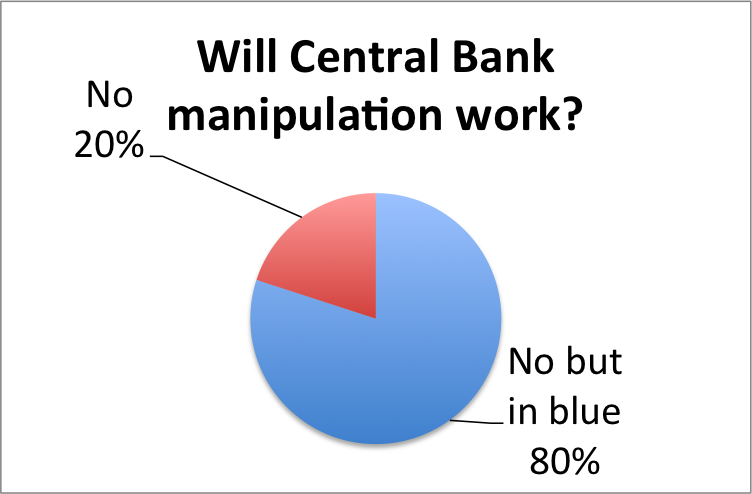 “Never attribute to malice, that which can be reasonably explained by stupidity.” — Spider Robinson

Chris has founded and built several multi-million dollar businesses in the investment arena including overseeing the deployment of over $30m into Venture Capital opportunities and advising family offices internationally. Prior to this, Chris built a career at Invesco Asset Management, Lehman Brothers, JPMChase, & Robert Flemings.
MORE ARTICLES »
PrevPreviousInsider Weekly: Is Amazon Eating The World A Trend Or A Fad?
NextA Value Disconnect In The Land Of Maple SyrupNext

[…] When I set out over a year ago to just once a week highlight one element of absurdity (because it is absurdity which often leads to asymmetry and thus profits) on this ball of dirt we call home, it was inevitable that I wouldn’t have much trouble in finding things to jeer and laugh at. [Read More] […]