What in God’s name is happening? 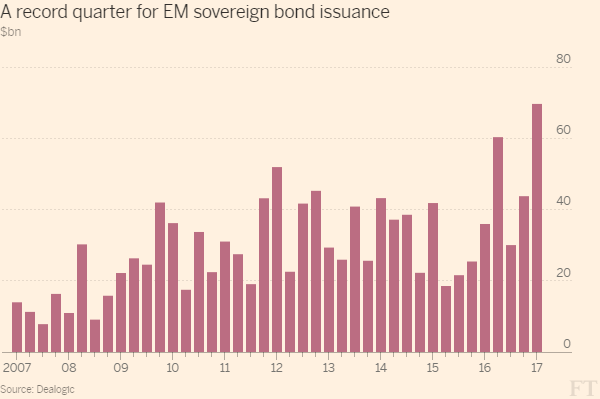 As we can see from the above chart courtesy of the FT, emerging markets sold a record amount of government debt in the first quarter of this year.

More from the FT here:

“Data from Dealogic, a research firm, show that sovereign bond sales from emerging markets rose to $69.6bn in the first three months of the year, an increase of 48 per cent from a year ago and a record amount for a single quarter. Corporate bond sales by companies in developing countries also surged, rising 135 per cent year on year in the first quarter to $105bn, according to Bloomberg data.”

It’s understandable. Investors have been richly rewarded for so so long by investing in bankrupt countries. Giving up is so very hard to do.

According to Bank of America Merrill Lynch, emerging-market debt funds have collected new money for 10 straight weeks. And while that’s been taking place, U.S. stock funds had $14.5 billion of outflows in just one week – the most in well over a year.

Out of equities and into bonds, which really proves just how screwed up the markets have become. 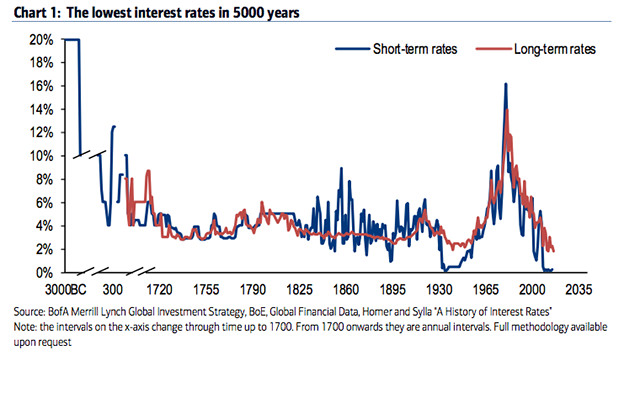 The past half-century has seen debt-enabled growth of a magnitude that, if it were steroids, would have a stone dead horse stand straight up and gallop into the sunset. The last decade being the most supercharged of all.

Debt is, I will remind you, simply borrowed growth from the future.

Where this matters is that much of this debt (estimates at 90%) is dollar denominated. Yes siree, the good ol’ borrow-one-currency-and-invest-into-higher-yielding-assets play is back in force.

Why this matters is due to the contracting of global liquidity which my friend Daniel Want talks about.

If you’ve not read my report on the Eurodollar market (inspired in part by conversations with Daniel), this helps explain it. Go now and read it HERE. It’ll make you an even more beautiful and intelligent list of subscribers than you already are.

The skinny version is that as global liquidity contracts the world is starved of dollars and as long as we have this environment the dollar is forced higher as dollar demand exceeds dollar supply.

Ok, now onward… actually backward. Let’s dial back the clock to November 2014 when we wondered if the dollar bull market will catch you by surprise? Leading off with the following:

“A bull market in the US Dollar is underway and its magnitude and duration are likely to catch everyone by surprise. I believe it isn’t out of the question for the USD Index to advance by at least 50% within the next 5 years. If this forecast proves correct, there will be profound ramifications for the global economy and many financial markets, particularly emerging markets.”

The fact is this wasn’t guess work.

Global dollar liquidity was contracting sharply, and human nature being what it is investors were extrapolating linear outcomes in a non-linear world.

In market speak implied volatility was the lowest since Adam bit into the apple. Wonderful stuff.

The reason for pointing this out is because all that dollar debt sitting outside of the land of apple pie quite quickly becomes a serious liability when the dollar begins to move against you and your investments are in something other than dollars.

Let’s return for a minute to the rapid accumulation of emerging markets debt, currently growing exponentially. It’s worth pointing out that this is all taking place while dollar liquidity is contracting and the charts are looking increasingly bullish for the Dollar Index.

I’m not sure what lands up setting of the next leg in the dollar bull market but emerging markets bond holders stand to get torched as they’re sitting on a fault line which when it shakes measures 9.4 on the Richter scale.

Clearly, you know where I stand on this issue but I’m curious what my readers think.

“Every bubble consists of a trend that can be observed in the real world and a misconception relating to that trend.” — George Soros 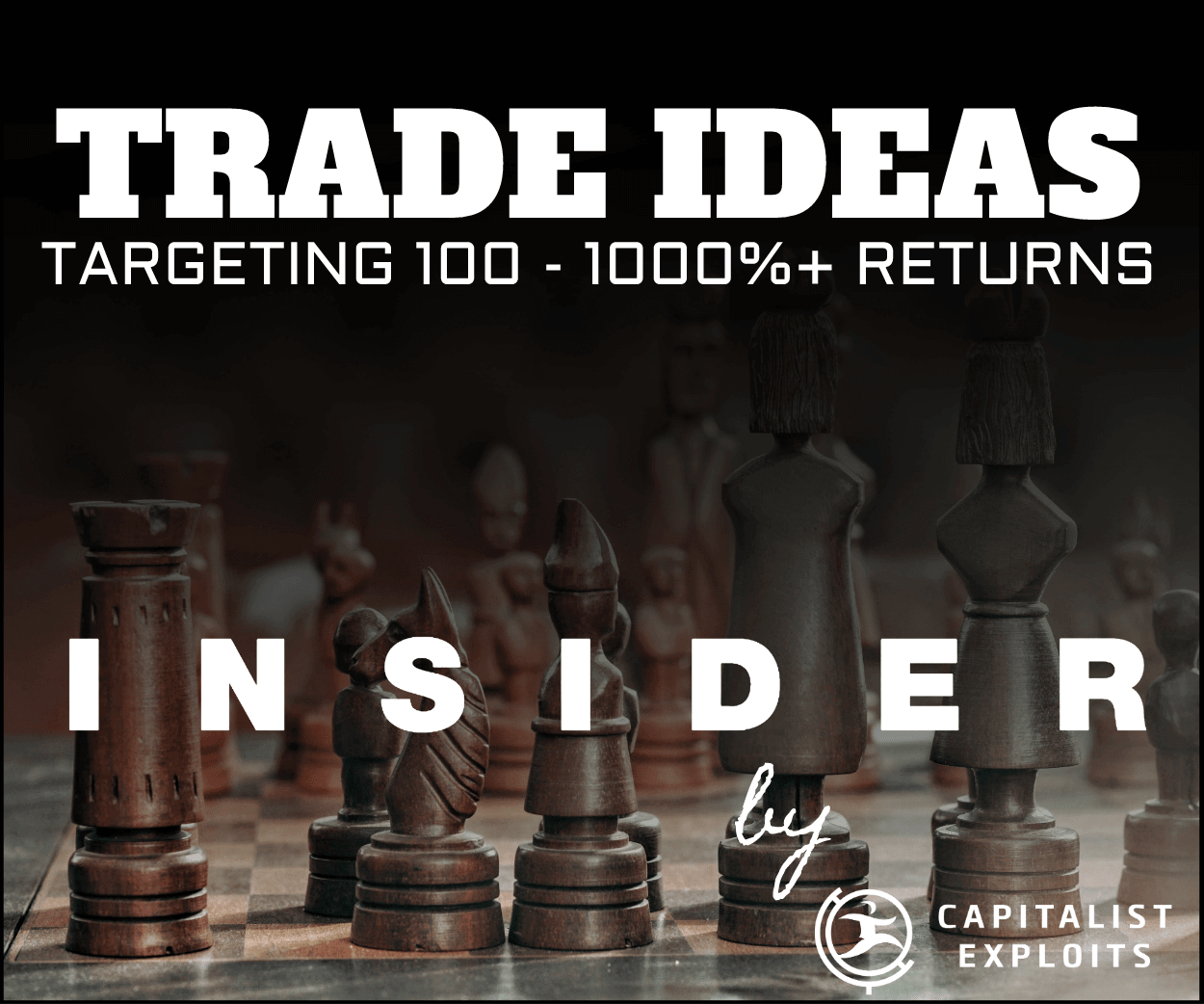