You Stupid, Stupid Boy! (Education of an Investor)

Teenagers do stupid things. I speak from authority. Freshly entering pimple-faced territory I had the opportunity to spend some time with a girl who made me weak at the knees.

She was everything that my hormone soaked brain wanted. She was also incidentally the owner of and an accomplished rider of horses. So accomplished that she’d recently taken national title of some sorts, and the family mantelpiece was overflowing with trophies as a testament to her prowess.

Her entire family was a “horse family” and she herself had been riding since foetus-hood. I, on the other hand, had watched the Lone Ranger.

Now, South Africa, where I grew up, has these particularly nasty thorn trees. They call this sucker the acacia, which actually sounds almost romantic. Though with thorns that have been known to puncture heavy-duty car tyres, I assure you this tree is about as romantic as a wheelbarrow. 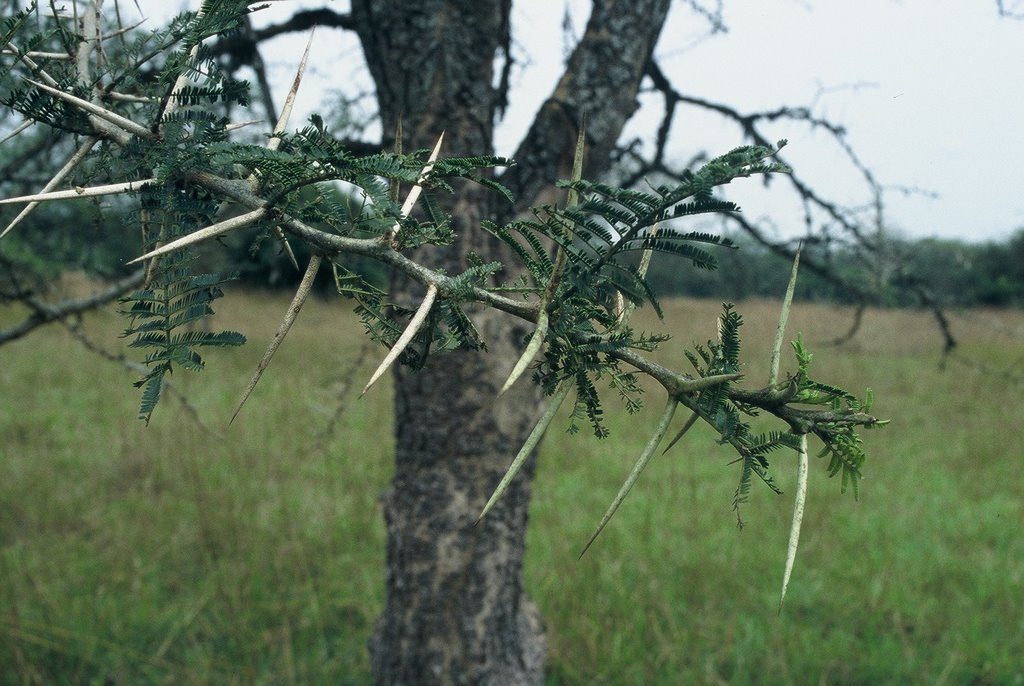 Back to the horse who, after I’d mounted, promptly took off at a gallop (OK, it was probably a slow trot but to someone who had experienced horses from the safety of a sofa it seemed like the animal was trying to outgun a Maserati). The brute proceeded to drag me under a cluster of the aforementioned Acacia trees, clearly wishing me an excruciating death for having the gall to climb on its back.

I, completely out of my depth, clung to it like a frightened monkey until shortly thereafter I was successfully “dismounted” when my monkey grip became less “monkey like” and I fell/jumped off when it’d slowed up.

The girl’s mother’s response, upon hearing how I’d come off, was, “you stupid, stupid boy”. Still, things could have been worse. I could have landed up marrying a horse lover and then I’d have an entire brace of the damn things and would almost certainly be broke.

I Had to Learn These Lessons Again…

Fast forward to my early twenties and being short of money and long of curiosity, I studied financial markets every spare minute I had. I devoured research notes, broker reports, and books like a man possessed. When my friends were drinking and partying, I was studying. When my friends were sleeping, I was studying. This culminated in my becoming convinced that oil prices were out of whack and couldn’t possibly stay as low as they were for long (side note: the overwhelming majority of broker reports were bearish oil).

The date was August of 1998 and spot oil was trading around $20, having seen nothing but pain since December of 1996 when it had peaked at just under $40. A halving in price of any commodity is always worth a look.

Taking my new found knowledge, and then entire life savings which amounted to around $5,000, I began buying out-of-the-money long-dated call options on oil futures. My initial purchase in August of 1998, which amounted to roughly 25% of my net worth was rewarded by crude plummeting all the way to $16.42 in December of the same year, leaving the value of my options in the proverbial dust.

Little did I know that was to be THE bottom. I endured 6 months of pain and finally the market rebounded, my conviction returned, and I managed to place the remainder of my capital while crude was still sub $25. Premiums had begun to rise… but nothing like what they were about to do over the coming months. 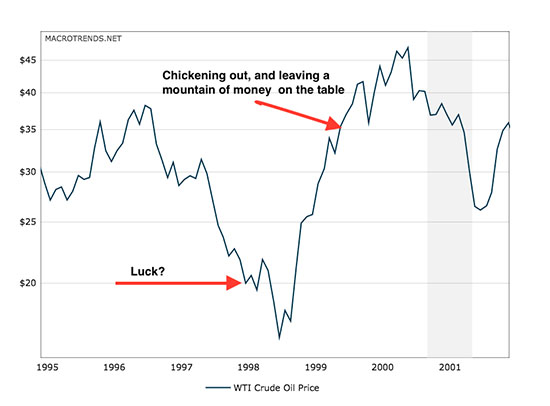 Based on my research I believed oil would break the December 1996 high of $38, and I set GTC (good till canceled) orders accordingly at 5% above the previous high, and then watched in awe as oil did nothing but go straight up.

Doubt crept in and when oil broke $35 I chickened out and sold my positions all at once at 1 AM after a fretful night of no sleep. You stupid, stupid boy!

Premiums on those options continued to rocket higher as my positions were now deep in the money and I left 6 figures on the table. $4 higher was after all my exit and that 4 dollars was worth a lot.

The money I made would have bought me an average London apartment at the time. Happy days. Not bad for a broke kid I thought.

Making money while young is dangerous. It was not to last. The results of what I did AFTER this trade I detailed in this post. Go read it and make sure you never make such stupid mistakes yourself.

Fast forward in time and I’d just sold my entire portfolio of real estate assets in late 2006 for a 6,000% return. Something I’d spent the previous years building, aided by lucky timing, loose credit markets (not unlike today) and a willingness to work like a dog.

Two powerful new trends were developing and I was eager to participate:

It seemed only reasonable to invest in hard assets, which worked… until it didn’t. The party ended prematurely in mid-2011 with the Thomson Reuters/Core Commodity CRB Index at 370. China had been an accelerant to the boom, something so visible; and while a slowdown was inevitable I misunderstood its full impact.

The China consumption story had fueled an oversupply and hoarding of materials and I stayed too late at the commodity party, losing some 25% of previous gains made. You stupid, stupid boy!

Side note: the commodity market broke before China broke. China is in its early phase of breaking now and the currency is next.

It also seemed reasonable to reposition from an overweight in listed equities to overweight private assets and cash. In hindsight this turned out to be genius. Hubris crept in and I had to relearn the lesson I should have learned in my 20s. I had placed far too large a position in a private deal which turned south, losing 100% of my capital in the deal.

I, of all people, should have known better. Capital was indeed moving out of the public markets, especially IPOs and into the private capital markets. Bingo! I got that right and then proceeded to over allocate when I didn’t need to. Private deals can go to zero all the time. You stupid, stupid boy!

You think you’re fighting the market, or the banks, or the Fed. It’s not true. These are merely factors prevalent which are open for assessment.

What you’re fighting more than anything is to understand yourself and figuring out how you’re going to participate in the markets.

Chris has founded and built several multi-million dollar businesses in the investment arena including overseeing the deployment of over $30m into Venture Capital opportunities and advising family offices internationally. Prior to this, Chris built a career at Invesco Asset Management, Lehman Brothers, JPMChase, & Robert Flemings.
MORE ARTICLES »
PrevPreviousThe Most Important Chart In the World
NextRainbows in the World of Venture CapitalNext