Are You Investing Like the Terminator? You Should Be!

When robots eventually take over this planet, killing us all (save a small group singled out to be used as slaves, and thrown into a big brother style environment with live streamed cage fights to the death), or possibly used in lab tests, you can bet that they won’t feel bad about it. Curious perhaps as to why we’re acting the way we are, but no emotional baggage. 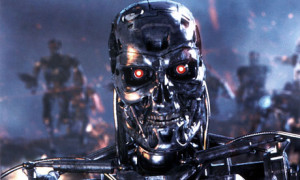 Robots follow a logical protocol and as such won’t shed a robotic tear when wiping us out. Similarly when a fellow robot is gunned down by the last remaining “resistance” group of commando-types with shaved heads, tattoos, shredded abs, and sporting names such as John, Bruce, and Dutch, they won’t they won’t skip a beat – just keep executing their “programming.”

Take a look at the Terminator. Principally, the thing is complete disengagement. “Of course,” you say… “it’s a damn robot!” That’s my point.

As investors we can learn a great deal from killer robots. For just over two years I made a living trading my own capital full-time and it taught me a great deal, including the different types of stress that can come with different investing and trading styles.

Investing money and trading are quite different. However, one lesson which stands tall and proud and is consistent across both worlds is that the ability to disassociate oneself with the decision making process is immensely valuable.

It’s why successful traders and investor alike all have a process. That process keeps them from letting emotional decision making get in the way.

It’s the hallmark of a professional, whereas amateurs get caught up in all sorts of emotional garbage which should not come into the equation. This is very easy to do when you’re simply hitting the buy and sell button, but potentially less so when investing in private deals.

Investing in private deals is far riskier since there is no liquidity, so hitting the sell button isn’t an option. It’s why the time BEFORE you invest your capital is the most important time of all.

Let’s assume, however, that you’ve invested in a private deal. If you’ve done it half-right you’ve ensured you have ROFR (right of first refusal) on future rounds of funding. You hopefully included a liquidation preference as well. Sometimes VC’s don’t like this, but Angels are taking the risk and setting the terms early on. Take advantage of the power position!

Fast-forward and let’s jump to the next round, when the company in question requires additional funding.

This can take the form of 2 very different situations.

In both of the above scenarios having robot-like discipline and acting accordingly is very important.

This is not to say we lose our compassion. We wish everyone well (well, nearly everyone) but nobody is going to care more about your money than you are.

When investing in early stage private deals what we have to remember is that not every deal is going to survive. Many WILL fail!

According to a Harvard study, about 75% of U.S venture-backed start-ups fail. Now, I don’t believe that your private equity portfolio should sport a 75% failure rate if you work hard, but these are the statistics. 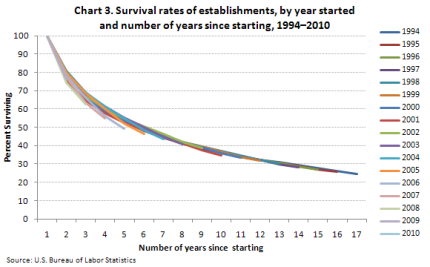 Now, you may be thinking, why on earth would you invest in private businesses with that kind of failure rate?

A fair question, and since we spend the majority of our time investing in private deals, one I’m happy to spend some time detailing. That conversation, however, I’ll save for another day.

The takeaway here is to chase your winners and kill your losers – Terminator style – quickly and unemotionally. You’ll then live to fight another day.

“Listen, and understand. That Terminator is out there. It can’t be bargained with. It can’t be reasoned with. It doesn’t feel pity, or remorse, or fear. And it absolutely will not stop, ever, until you are dead.” – James Cameron, The Terminator

Chris has founded and built several multi-million dollar businesses in the investment arena including overseeing the deployment of over $30m into Venture Capital opportunities and advising family offices internationally. Prior to this, Chris built a career at Invesco Asset Management, Lehman Brothers, JPMChase, & Robert Flemings.
MORE ARTICLES »
PrevPreviousWhile the World Watches Greece THIS is Happening
NextTwo Things the US Government Got RightNext