The Candle Problem (And Why Bitcoin Is Misunderstood)

Karl Duncker, that’s who came up with it.

The Candle Problem, that is.

If you haven’t heard of the candle problem, here’s the skinny.

In 1945, just as Hitler was murdering himself (thankfully), psychologist Karl Duncker was turning his attention to how humans solve problems. He came up with “the candle problem,” a cognitive performance test measuring the influence of functional fixedness on a participant’s problem-solving capabilities.

Here’s the problem he presented…

Participants are given the following task: They have to fix and light a candle on a cork board that’s attached to a wall in such a way that the candle wax won’t drip wax onto the table below. To do so, they can only use the following objects:

Here’s what most do…

Oh, and by the way, if you think you’re different… This has been tested on numerous “subjects” including MBA students. Odds are you’re not.

Here’s the sneaky little kicker. When the task is presented with the tacks piled next to the box (rather than inside it). Like this:

Virtually all of the participants manage to achieve the optimal solution, which is… 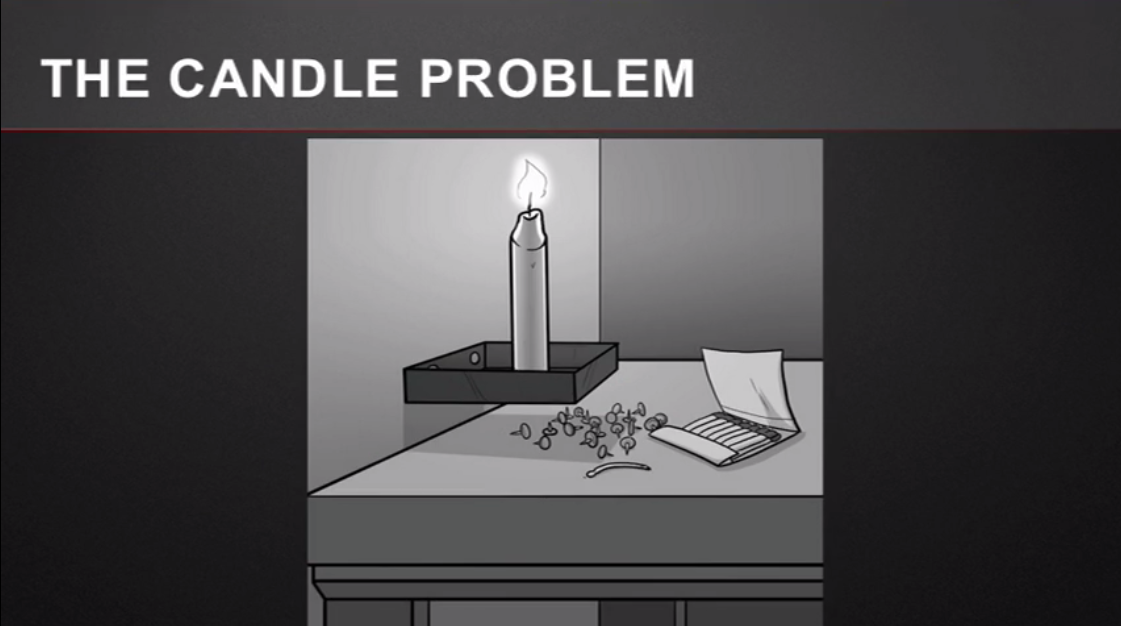 Thinking of the box as something other than a mere receptacle, participants quickly find the solution.

A “box of thumbtacks” vs. a “box and thumbtacks”. You’d think we homo sapiens are smarter. Proof if you ever needed it we’re only a half chromosome away from chimps.

Which Brings Me Neatly to the Internet…

Grab your beanie babies and holster your Pokémon cards. We’re stepping back in time to the 90’s — you know when the internet was just cranking up. 1995 to be precise when famous astronomer Clifford Stoll wrote an op-ed for Newsweek stating:

“The truth is no online database will replace your daily newspaper, no CD-ROM can take the place of a competent teacher and no computer network will change the way government works.”

Around the same time, Nicholas Negropone, director of the MIT Media Lab, predicted:

“We’ll soon buy books and newspapers straight over the Internet.”

And just one more for good measure.

“We’re promised instant catalog shopping–just point and click for great deals. We’ll order airline tickets over the network, make restaurant reservations and negotiate sales contracts. Stores will become obsolete. So how come my local mall does more business in an afternoon than the entire Internet handles in a month?”

Hindsight is a wonderful thing, and we can all scoff and laugh now, but the truth is 99% of people who use the internet today don’t know how it works. And guess what? They don’t need to. The fact that it does is what matters.

The internet solved problems we never even knew existed with respect to communication, shopping, banking, trading, entertainment, authentication, education, marketing, finding out what the hell a tranny is, and a zillion other things.

The pieces necessary for it had existed for some time — the proverbial thumbtacks, candles, boxes, and matches if you will. But until it actually happened, nobody saw how to put it all together, let alone how thoroughly it would transform our lives.

And here’s why it was so hard to understand what the internet was and how it would work.

That’s what our brains are. If I’d never seen a pear before, how would you explain it to me?

You: “Well, Chris do you know what an apple is?”

You: “Well, it’s like that only green and a bit fatter at the bottom than at the top. But it’s quite similar.”

My brain does the search and retrieve thing and comes up with this. 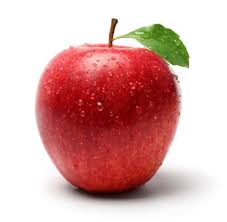 Ok, I say to myself, so a pear is basically a wonky apple… and green. I think I understand.

But as you can see, I don’t really, though I’ve a better idea now thanks to your explanation, but I’m still unlikely to visualise this. 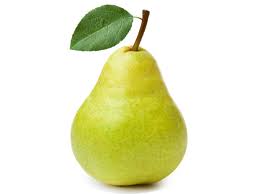 So when the internet came along, people used their search and retrieval databases (brains) to come up with what it was and what it could look like.

But there was nothing in there to retrieve. And so unless you’d taken way too much LSD as a teenager and seen things that the rest of us hadn’t, you had nothing to go on. Which is why folks struggled to see the pear. Heck, it was like having no idea what fruit was.

And then bam! Along came a pear.

The reason I bring up the internet is because we all know about it now. And that’s important because it’s easily the best reference point we’ve got to understanding bitcoin.

Who Owns the Internet?

The answer to this is the reason Bitcoin is succeeding where E-Gold (shut down by the USG) didn’t.

Things which are decentralised are much tougher to kill. This is why the US army. despite being the world’s largest, is still embroiled in places like Afghanistan fighting guerrillas (decentralised). It’s the same reason that the stinger missile changed the power balance of warfare.

The internet is owned by everyone.

Ok, sure there are significant players in it, but there is no single party, rather hundreds, actually thousands of parties that make up the pieces that we today call the internet.

Should one or more of these significant players get taken down, rest assured the arbitrage and value gap that would open up would be filled faster than you can say “Darling, take a look, this site’s not working anymore.”

And this doesn’t even get into mesh networks, IPFS, and an entire smorgasbord of fun stuff like that which is coming and will further decentralise the internet. The point is this: Sometimes there is push, and sometimes there is pull.

As we sit here today, we all know it. We can all feel it. The existing government and financial systems are creaking and groaning under their ever-increasingly incompetent weight. The foundation cracked in 2008 but they all banded together to “solve” the problem. 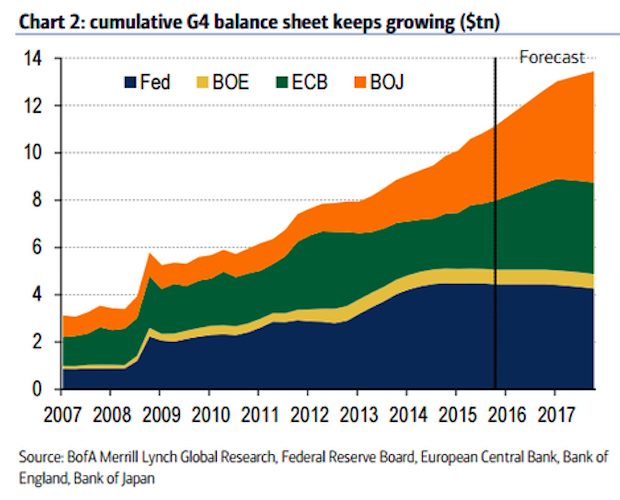 The thing is instead of repairing the shonky foundations, they dug out more of the existing foundation and piled it on top of this creaking groaning mess. And that nearly non-existent foundation is what folks are relying on.

Imagine you’re a little green alien just landed. You know nothing about the world but you understand that value needs to be transferred, thus money is needed.

More than 20 of these central authorities in control of this money have their interest rates at negative. It’s never happened before in the history of mankind, though I’m sure it’s ok because men with badges and letters and authority stand behind it.

And then you take a look at Bitcoin.

Which of these sounds like a radical monetary experiment to you?

So, you might ask, “well, if these incompetent sociopaths stand behind this monetary system, then who stands behind Bitcoin?”

Well, none of that. Mathematics and cryptology. Which would you trust more?

Bitcoin as money? Sure, why not?

Money is anything that we believe is money. Heck, money is simply an abstract token of value. Humans have gone through 5 distinct phases of money.

Furthermore, prior to nation states and kings and queens, transactions were conducted using anything that was deemed to have value, which had nothing to do with a centralised authority or issuer.

Bitcoin takes us back to such a time, which is why most people can’t get their head around it. They are still looking around for someone with a uniform or a badge (or both) to tell them it’s OK and their government approves of it.

The world needs a global currency. Not one that is so deeply flawed as the one we have.

The world desperately needs a global currency, not one so deeply flawed as the one we currently have.Click To Tweet

Have you ever asked yourself why should banks and intermediaries make money from you when you exchange dollars to yen, yen to baht, or any other currency?

Have you ever asked yourself why should they have the power to create wealth and distribute it to whomever they please?

Have you ever thought of the incredible friction caused and constraints placed on human progress by the inefficient and corrupt systems of central banking?

Now, if you’d asked me these questions 10 years ago, I would have shrugged my shoulders, nursed my beer, and acknowledged grudgingly that I could see your point but it all looked pretty hopeless. We’re just destined to roll from one disaster to the next, and the best we can do is to navigate our way through it all.

Blockchain can actually solve this problem. Crazy to think about, sure, but true nonetheless.

It was crazy to think that a bootstrapped currency maintained by literally anyone who cares to code for “core-dev” on something called Bitcoin could be utilised to transact value securely and efficiently all around the world. But here we are today.

Of course, if you’re using your old search and retrieval system looking for that pear it does.

Let me show you something else.

Here’s another chart showing the relationship between the number of users and price. I prematurely nicked this from some work we’ve been doing here at Capitalist Exploits HQ.

Bitcoin doesn’t fit into anything we’ve seen before, aside maybe from the Internet, and so nobody’s seen this before. And the easy thing to do is to compare it to something you’ve seen before.

I think that’s a mistake.

Now, before you run out and mortgage the house to start buying frantically remember this: 90% of the crypto coins being issued will almost certainly vaporise and become worthless, taking with them all the dreams and hopes of those who invested.

Peter Brandt pointed this out the other day and I replied. 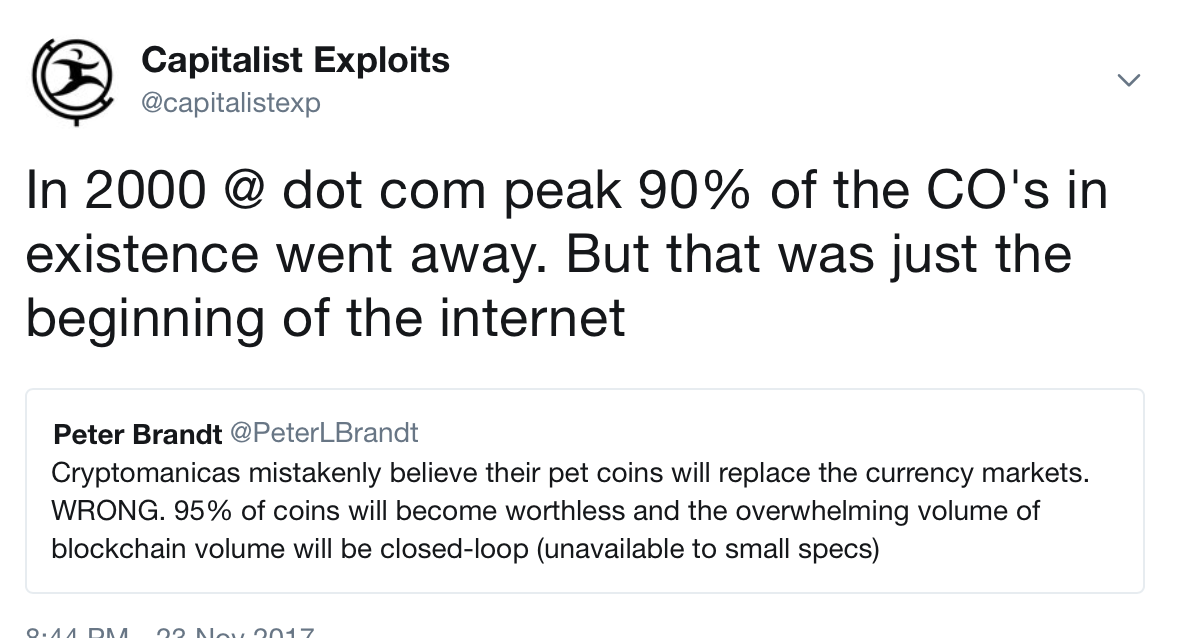 Come what may this is, I believe, the future of money.

Right now, there are thousands of very sharp geeks worldwide who are building the infrastructure of a completely new financial system. Much of what they’re building and have already built requires looking at the box and thumbtacks — not the box of thumbtacks.

If only to educate yourself, I believe everyone should learn the ropes. Because picking the 10% that make it will be next to impossible if you don’t know where to start, and the odds are that the clutch of winners in this round will bring the world’s first trillionaire.

I think it’ll be Bitcoin which acts as the final settlement ledger system for what will ultimately be millions of coins used for millions of applications, but I’m not so foolish to think I know the future. And so I’ll be keeping my beady eye on what takes place regardless.

Best of luck and thanks for reading. Have yourself a great weekend!

“Bitcoin gives us, for the first time, a way for one Internet user to transfer a unique piece of digital property to another Internet user, such that the transfer is guaranteed to be safe and secure, everyone knows that the transfer has taken place, and nobody can challenge the legitimacy of the transfer. The consequences of this breakthrough are hard to overstate.” — Marc Andreesen, inventor of the first browser, thought leader, and top VC

Chris has founded and built several multi-million dollar businesses in the investment arena including overseeing the deployment of over $30m into Venture Capital opportunities and advising family offices internationally. Prior to this, Chris built a career at Invesco Asset Management, Lehman Brothers, JPMChase, & Robert Flemings.
MORE ARTICLES »
PrevPreviousInsider Weekly: Take Note Of This Technological Breakthrough
NextInsider Weekly: When Will The Great Australian Housing Boom End?Next