Disruption Right Where They Don’t Want It

You’ll be thanking me for this information, as the US election ramps into high gear and the deluge of political propaganda, I mean advertising, puts sane people everywhere at severe risk of stabbing their own eyes out with knitting needles. 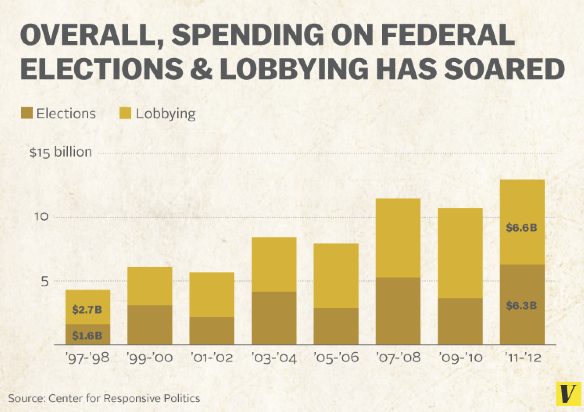 Controlling the thoughts of over 300 million people takes some doing. For the last few decades the choice of medium has been the idiot box, specifically mass media.

If you’re wondering how much, recent estimates by Kantar Media, an ad tracking firm, suggest that the price tag for political TV ads will clock in at $4.4 billion for the 2016 circus. This is up from $3 billion in 2012. Hey, what’s another 1.4 billion amongst friends?

When it comes to politics, controlling the media is all-important since the media is the all important leverage into the populace’s minds. Amassing power and personal fortunes begins with grabbing attention.

Our bent here is not to follow the political campaign, or to bother trying to figure out which podium doughnut gets the clown crown at the end of the charade. As far as I can tell, leading political candidates are selected for having no manners, no humour, no humility, and the sort of IQ commonly found in farmyard animals.

Those are the good ones.

The bad ones are pure psychopaths and if I had my way they’d be thrown into cells sans plumbing or heating and forced to eat only what they can cultivate in their body hair. Predicting the outcome of this circus impresses me as a waste of time. It’s a good thing they’re performing for a populace, the majority of which have no intellect at all.

The political process formula, like most things that work well, is simple. Mass media distracts mass populace and mass populace in turn votes for all manner of absurdity.

Contrary to popular belief, there’s no conspiracy of a group of grumpy old men in smoky rooms, sipping Chivas, wearing stripy cardigans and pushing the buttons; but rather there’s a distributed elite group of people who went to the right schools, joined the right organisations, who understand how things work and employ lobby groups to further their interests.

Nothing formal but rather the elite who’ve managed to figure out the system for their benefit and who use their influence to create ever more influence. Power clusters under the system and those who acquire power manipulate more of the system accruing ever more power in a continuous repetitive cycle.

The GFC provided some insights into how the system works.

Investment bankers managed to defraud first pension funds and institutions and, when caught out, managed to coerce the tax payer to pay them bonuses.

As I mentioned in last week’s post when discussing the criminal activities by Wall Street in the GFC.

“The bankers involved should all have landed up in jumpsuits, allowed out of their cells only for a moments man-love in the showers. They, of course, didn’t and instead paid themselves billions in bonuses.”

So the system never changes from the inside no matter what any of the political groups may promise.

Nope, change comes always from the outside; from left-field, from the unexpected to those who are caught in the trees without understanding they’re in a forest.

What the Arab Spring taught us was the tidal wave like power of a what disruptive technology can do. Social media not only undermined mass media but completely usurped it.

Just as the Berlin Wall fell with the disruption brought about by the fax machine, the great enabler that is technology is changing the political landscape in the US under our very eyes.

Attention has been found in mass media, specifically television, and newspapers.

What the elites haven’t yet figured out is that these are antiquated forms of communication. Youtube, Twitter, Facebook, Snapchat and the likes are competing. These channels allow for EVERYONE to have a voice, no permission needed, no filters, and instantaneously.

The Arab Spring taught us this. The Washington Post explained it succinctly:

“During the week before Egyptian president Hosni Mubaraks resignation, for example, the total rate of tweets from Egypt — and around the world — about political change in that country ballooned from 2,300 a day to 230,000 a day.  Videos featuring protest and political commentary went viral – the top 23 videos received nearly 5.5 million views. The amount of content produced online by opposition groups, in Facebook and political blogs, increased dramatically.”

Trump understands this new game and doesn’t even bother trying to play the old game, spending millions on political advertising.

Bernie waits for the political debate to end, then spends money on delivering his message via mass media as a follow up. Trump live tweets on the fly.

Mass media costs a ton of money but the distribution laws have changed. The barrier of money to participate is being eroded.

Trump also understands the value of “shock and awe” better than George Bush ever could.

What shock and awe?

Megyn Kelly, a reporter from Fox News, isn’t going to be inviting the Don over for dinner anytime soon. 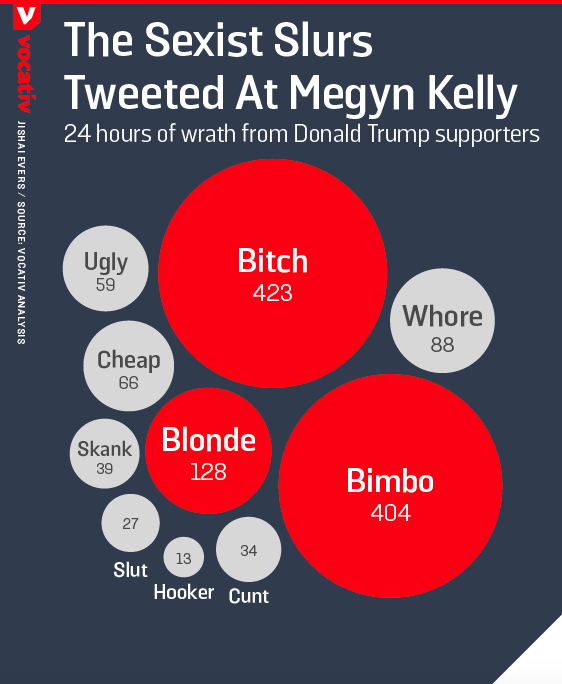 The truth is, the more vile, the more shocking, and the more crazy and offensive Trump becomes the more his message goes viral. Couple that with his political insensitivity and he makes for a character so clearly different from all of his opposition. Many who disagree with him still see him as bit of breathe of fresh air as he plays by his own rules and ostensibly at least appears not to be bought and paid for:

“Trump raked in nearly 13.5 million Twitter mentions since Dec. 30, according to SocialFlow, a social media publishing platform. This put the real estate developer well ahead of virtually every major celebrity in the United States including Justin Bieber who brought in roughly 8 million, Kanye West with 6.2 million and Rihanna with 5.7 million.”

The elites are mad and sneer and jibe. Trump doesn’t care. He’s not playing by their rules. 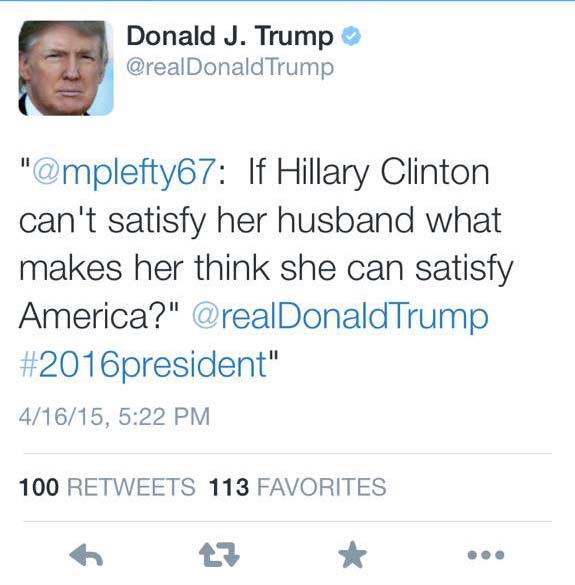 The age of disruption is here and mass media will not be spared.

Begging for disruption is the financial mass media.

We have some thoughts around that which I’ll be discussing on an up-and-coming podcast for subscribers.

“It is the emergence of mass media which makes possible the use of propaganda techniques on a societal scale.” – Jacques Ellul

Chris has founded and built several multi-million dollar businesses in the investment arena including overseeing the deployment of over $30m into Venture Capital opportunities and advising family offices internationally. Prior to this, Chris built a career at Invesco Asset Management, Lehman Brothers, JPMChase, & Robert Flemings.
MORE ARTICLES »
PrevPreviousWhat The Big Short Can Teach You About Investing
NextCan Binge Drinking Really Cure Alcoholism?Next