In 1945, after WWII ended the United Nations was formed. Its mandated purpose was to:

Now those are noble goals, to be sure, and admittedly they set the bar pretty high for themselves. However, 68 years later the UN is an abysmal failure, and it’s abundantly clear to anyone that is paying attention that literally every single principle mentioned in their charter is being consistently and repeatedly broken, oft-times by the founding nations themselves!

What about that peace mandate? There are currently over 36 wars being waged globally, so you be the judge…

As a “quasi” world government, the UN is able to extract money by force (do government’s have any other play book?). The result has been the Mother Ship expanding like kudzu, spawning in its wake organizations such as the WHO (World Health Organization), the ILO (International Labor Organization) and dozens of other useless, bureaucratic nightmares. Mind you they have grown exponentially whilst achieving less and less with each passing year. In the same way that Amtrak “successfully” operates solely via grotesque theft from the US taxpayer, so too the UN will keep sucking in tax dollars and engorging itself like a video game-playing fat kid downing chips and sodas 12 hours a day. The only difference being that the fat kid makes no assertions that he is bettering human kind.

Rest assured, new “problems” in need of meddling will be found, ensuring more capital is “urgently needed” mis-allocated, or outright wasted. The UN is one of the most opaque, diplomatically immune, unaccountable to its funders, (largely the US tax payer) entities in the world, and much like any other bureaucracy views the tax dollars which fund it, not as a privilege to be earned, but as an “entitlement”.

I’ve personally seen some of the most ill-conceived UN-sponsored projects, debacles that no sane person would dream up, get implemented. They all came complete with false, UN-created reports which were cobbled together in order to enlarge the scope of said “assistance” program. These “programs”, I might add, are typically just transfer of payment mechanisms from “poor people in wealthy, developed countries”, to “unbelievably wealthy, corrupt politicians in poor countries”. 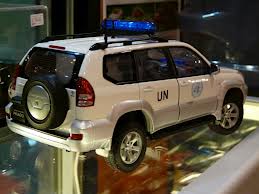 These NGO folks are driving around Africa, Asia and most of the poor countries of the world in their air-conditioned Land Cruisers, spending money they don’t deserve on projects that most third graders would scoff at.

We saw it plain as day in Cambodia last week. They’ve got it good…and they know it. I met a woman on the plane from Phnom Penh to Siem Reap who worked for the WHO. What a joke. She was “living” in a $250/night resort, being chauffeured around in, you guessed it, a Land Cruiser. She was agitated when I met her because her Cambodian driver, who is likely getting paid the minimum $70’ish per month, forgot to pick her lazy butt up at 6 AM and shuffle her to the airport. She had to take a taxi… God forbid!

NO way they let the party end! Sadly, and almost unbelievably, many of these same individuals believe in what they are doing, which just accelerates the growth of these parasitic institutions. Make no mistake, they ARE parasites.

The UN’s existence is absolutely destructive, period. Remember, before you send me email from Ohio telling me I’m wrong, I grew up in Africa, I have seen this crap first hand. I won’t argue that many well-intentioned successful projects the UN may have had in the early days don’t exist, but those days are long gone, and certainly on balance and for the enormous amount of capital squandered this institution now simply leaves in its wake a destructive, powerful, bureaucratic force. The fact that today the UN has any legitimacy left is testament to the Walmart car park ignorance of an intellectually indifferent, media-fed populace.

So what’s the answer?

Undoubtedly what has had the greatest impact throughout man’s troubled history on this ball of dirt, has been harmony created by trade. Centralized, top-down administration of principles, when forced on people of differing beliefs, whether they be religious (Hindu, Muslim, Christian, etc.), political or otherwise has a spectacular failure rate. Free trade and the free flow of goods and services – allowing individuals to choose how and with whom they trade – has had THE highest rate of success, bar none.

Let’s take multinational corporations for example…they are everything that the UN pretends to be. They are filled with people from various cultures working in countries scattered across the globe, they are characterized by people of all religions, race, ethnic groups, and they are all trying to help each other rather than obliterate each other. Whats more is they are producing goods and services which the market desires and turning a profit doing so.

Why? Because the free market works. It is in essence people acting of their own free will to further their own objectives. It’s not selfish, it’s human!

Humans are self-interested animals. That should be apparent. Let’s get over the concept that we’re inherently chivalrous, philanthropic, self-less spiritual beings with our sole reason to exist being to better the lives of everyone else. Bull$%&#. For the most part we are always going to look after #1. Doubt me? Next time you’re on an airplane and the stewardess (sorry, flight attendant) gives you the safety demonstration take note of who she tells you to put the oxygen mask on first (hint: it’s YOURSELF!). The reason for this should be obvious, but if not I’ll spell it out: We are incapable of helping others if we ourselves are not safe, secure and stable… This same “safety” principle extends to economics and personal finance.

Multinationals work on the premise that humans ARE self-interested. Thus they produce products which they believe cater to the self-interest of consumers (also humans, by the way). They are forced by the market to adjust their actions, products and business practices all over the world, almost in real time.

McDonalds in New Delhi serves curried burgers. In Asia you can buy a green tea and red bean ice cream sundae, and get seaweed seasoning for your fries. In Japan they will sell you shrimp burgers. Even in Hawaii the traditional “orange drink soda” is replaced with fruit punch!

I would suggest that McDonald’s has done more to “promote and facilitate cooperation in international law, international security, economic development, social progress, human rights, civil rights, civil liberties, political freedoms, democracy, and achievement of lasting world peace” than the UN ever has…and this from a company that sells God awful cardboard masquerading as food!