The Tick Is Clocking For Social Media Giants

If this was printed material, we’d have no birds. Why? Because we’d have no trees left. It’s a veritable tsunami of information flow to be sure.

In any event, some of those Twitter tweets tweeted come from twats.

When Elon tweets whatever the hell he pleases (calls a national hero a pedo, for example), it matters. Or when Alex Jones spouts some nonsense about whatever it is he’s enraged about. Or when any influential person, no matter the content, uses social media — any social media — it matters.

And outside of the social media platforms such as Facebook, Instagram, and Twitter, of course, there’s Google, the hundred pound gorilla black box which “guides” search. If Facebook, Twitter, and the likes are the new public square, then Google is the traffic police moving folks in and out of the public square.

It’s not a trite statement to say that communication is king. Always has been. Always will be.

Bear in mind that with each change has come phenomenal transformation. For context, let’s not forget that the printing press has been implicated in the Reformation, the Renaissance, and the Scientific Revolution. Pretty dramatic events in mankind’s history, I dare say.

With information flow comes the ability to manipulate public opinion, and with THAT ability, the world’s your oyster. Entire nations have gone to war with the aid of men stirring up popular support.

The traditional tool? Propaganda. And everyone uses it. 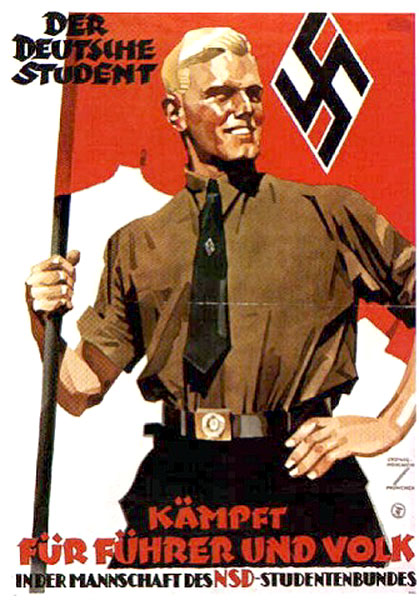 Now, I’m not picking on anyone here. Like I said, they all use it. 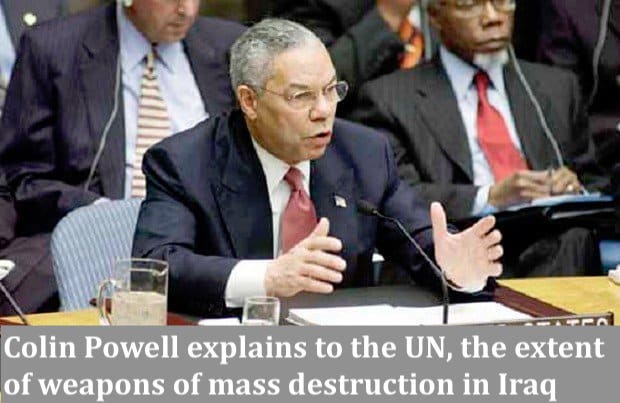 More recently we had a delicious taste of propaganda from the UK government when they blitzed through £9m of taxpayer-funded dosh to make sure that every household in England would vote the “right way”.  A glossy 14-page booklet got poked through their letterbox making the case for Britain to remain in the European Union. 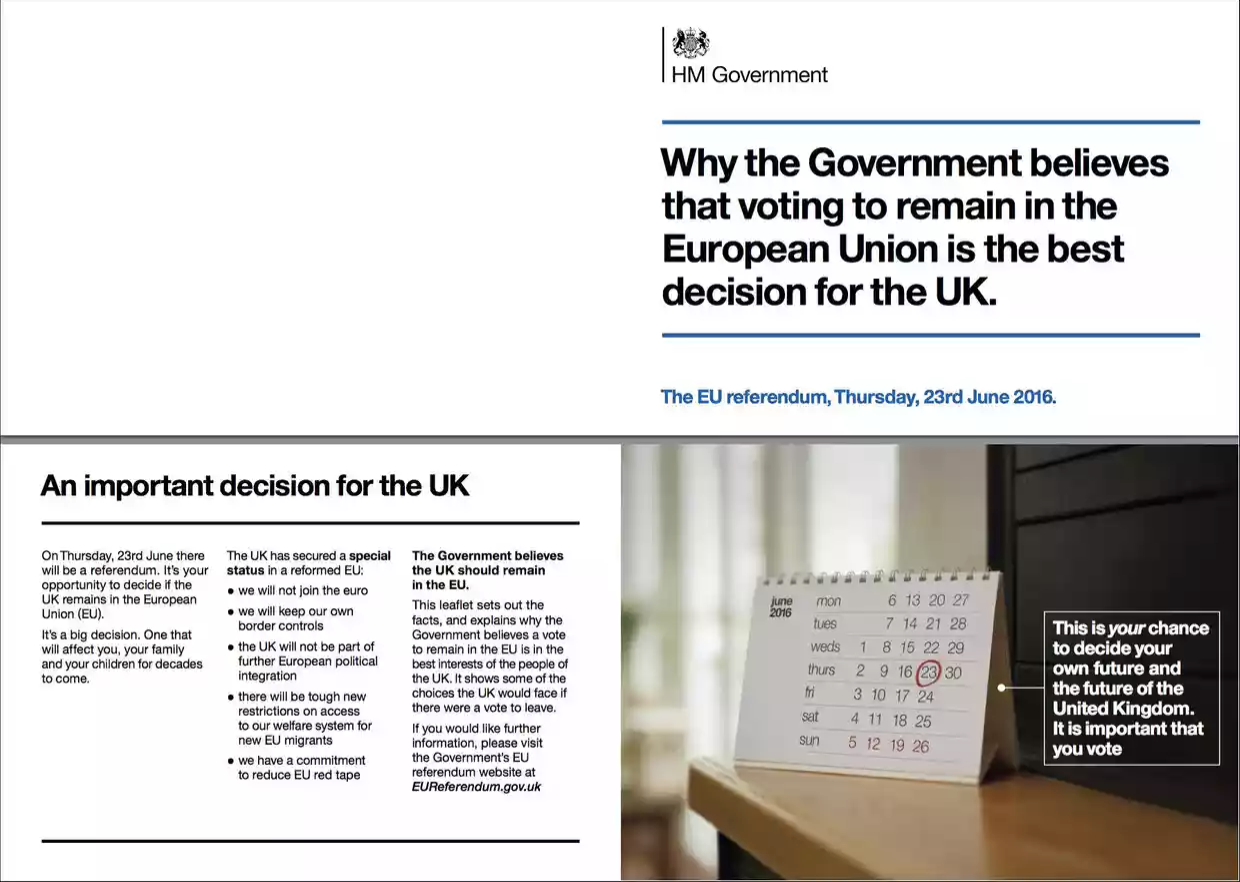 The strategy worked like an Indian sewer system — it didn’t. Online they threw the kitchen sink at it too. The point is this, though…

What’s different now to 20 or more years ago is that the power to distribute information has become radically decentralised.

So, for instance, while Powell made the case for WMDs in Iraq, folks online voiced their doubts. In the past those voices weren’t heard quite as easily. It’s become a problem for the deep state. And when David Cameron blitzed the Brits with tales of financial armageddon should they vote to leave the EU, many online voiced their opinion otherwise. A problem for those in power.

Today anyone with an internet connection can join the debate. Not only can they join the debat,e but increasingly they can and do influence it.

This can be a force for both good and evil. It’s simply different players involved now.

Which has brought us to the next problem.

We’ve returned to where we were with MSM controlling the debate. As always happens Pareto’s distribution manifests itself. Today Google accounts for somewhere between 70% and 90% of all search. And here’s how Facebook and Twitter fare in control of social media. 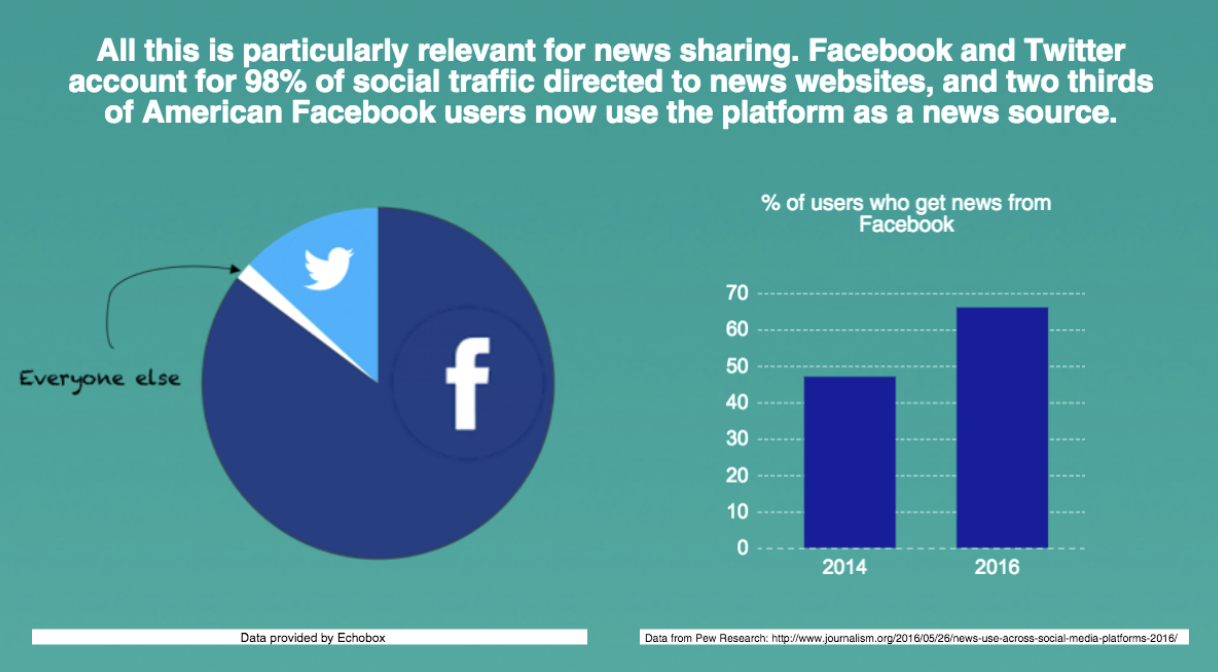 Now I’m sure you know all of this. I’m not telling you anything you didn’t already know. But think about what happens next. Today, instead of the MSM, Google, Facebook, and Twitter control the debate.

Except these are not impartial market squares.

We are a political monoculture that’s intolerant of different views.

We claim to welcome all perspectives, but are quick to attack — often in mobs — anyone who presents a view that appears to be in opposition to left-leaning ideology. We throw labels that end in *obe and *ist at each other, attacking each other’s character rather than their ideas.

He then went on to say:

We do this so consistently that employees are afraid to say anything when they disagree with what’s around them  politically.​HR has told me that this is not a rare concern, and I’ve personally gotten over a hundred messages to that effect. Your colleagues are afraid because they know that they — not their ideas — will be attacked. They know that all the talk of “openness to different perspectives” does not apply to causes of “social justice,” immigration, “diversity”, and “equality.” On this issues, you can either keep quiet or sacrifice your reputation and career.

This seems to be consistent with the banning of members such as Tommy Robinson for tweeting statistics about Muslim rape gangs (pretty ironic given that the tweets originated from the Muslim-run Quilliam foundation) while at the same time Twitter allows accounts for the likes of Lashkar e-Taiba, one of the world’s largest active Islamic terrorist organisations.

If you believe censorship will stop, you’ve not been paying attention. It wont. Quite the opposite.

First by the companies themselves and then by government. Watch!

Sadly, however, I fear that in this day and age the most important folks in this story aren’t Zuckerberg, Jack, or Eric but actually some chaps called Adam, Ben, or Harold… or whatever the folks in Washington and that five sided building are called.

Something so big, so powerful can’t be left in the hands of young kids in Silicon Valley. Hell no! Expect it to last like ice-cream in the sunshine.

In 2017, the European Union fined Google $2.7 billion for bias in its search algorithms.

As for Facebook, Cambridge Analytica will not be the last.

Do you really think they’ll be left alone?

As of now these are public companies. And as such we could argue that they should do as they damn well please. If they’ve a political agenda, then so be it. I, for example, sure as hell wouldn’t want anyone telling me what I can and can’t write on this blog. Everyone everywhere has an opinion. That’s just how it is. But therein lies the rub.

The success of these platforms places them under scrutiny precisely because they wield such immense power. And that’s a power everyone wants.T o expect that this will be left alone by power hungry governments is as foolish as debating string theory with Paris Hilton.

Increasingly governments will be called upon to treat these platforms like utilities: with strict regulations, if not fully nationalised.

Want to run podcast channel on iTunes? Sure, where’s your licence, Sir?

How about a Youtube channel? You’ll need to be verified to do that, Ma’am.

It’ll come as sure as night follows day.

I do think that the party for this entire sector is largely over.

There are two problems here as I see it.

The second problem is that we don’t know what content to trust on these platforms.

Journalism today has become a political tool. What information to trust is a massive issue. The thing is it’s always been this way except the channels were simply different.

Leopold Kohr writes about this in “The breakdown of Nations,” a book I recommend reading (you can check out our reading list in the resources section here). In it he makes the case that society’s problems were not caused by particular forms of social or economic organisation, but instead by their size.

Socialism, anarchism, capitalism, democracy, monarchy – all, Kohr argued, could work on what he called “the human scale”: a scale at which people play a part in the systems that governs their lives. But once scaled up to the level of modern states, all systems became oppressors. Changing the system, or the ideology that it claimed inspiration from, would not prevent that oppression (as any number of revolutions have shown) because “the problem is not the thing that is big, but bigness itself”.

It’s an interesting way to think about things. I’m not sure I agree fully with him that all systems can work no matter the scale.

To me it seems obvious some do and some don’t even at small scale however I do believe that smaller is better. Small brings ownership and direct feedback. Responsibility looms large since it’s harder to hide. Small brings greater desire to interact with others but on mutually agreeable terms and without compulsion. In a political system it’s Switzerland’s cantons and in a digital system it’s blockchain.

Which brings me to solving the two problems mentioned above.

Blockchain technology may have the answer to this. Actually it does. That’s not the question really. The thing is all sorts of amazing technologies have existed but it’s only when they are utilized that network effects take hold and they become meaningful.

We aren’t likely to change the Pareto’s distribution. But where a particular platform is run and controlled by folks, who will naturally have opinions, that can be changed. A decentralised platform aka blockchain run social media could potentially eliminate the centralisation and thus manipulation of control. That solves the first problem… or at least goes some way to doing so.

As to what information to trust and it’s veracity… Well, once again a decentralised autonomous system whereby anyone providing content can have it automatically critiqued and verified and possibly rated accordingly would help a heck of a lot. Much in the same way miners solve complex problems in the bitcoin blockchain, thus authenticating transactions. Why not have the same thing but for published content?

I’m not quite sure what the answer is but I do think that some significant changes are coming in the social media space and the market seems to not have fully factored them in. That’s likely to change.

“Censorship is the child of fear and the father of ignorance.” ― Laurie Halse Anderson