Let me frame this first. I have no political affiliation in any country on this ball of dirt, don’t vote, never will, and I don’t care any more or any less for any minority or in fact majority group. My concern is in understanding the world and probability of outcomes so that I and my clients can position accordingly.

With that out of the way I have a confession to make.

You know what really annoys me?

When I see one of my kids get an award for “participation”. They didn’t come first, they didn’t do anything special, and yet they get a prize.

In the real world NOBODY gets an award for getting out of bed and participating in life. It’s mandatory if you don’t want to starve, and merely suggesting that performance is NOT somehow important is destructive nonsense, degrading to any thinking person, and, worse, sets one up for failure.

Now some may say: “Oh well, it’s just kids. It’s harmless and, besides, it boosts their sense of self worth”. You’d be as wrong as Miley Cyrus swinging naked on a wrecking ball because not only do kids turn into grown-ups but this sort of pandering infests society at every level.

Grooming people to enter a street fight by teaching them poetry ends only one way.

The western world today treads on egg shells, careful not to upset some minority group: gay, non-gay, religious, non-religious, Black, Asian, Arab, pink, brown, cream-coloured with spots, transgender, or just plain thick. In fact, especially thick. The thicker one is the more they have the ability to yell “disadvantaged” and deflect responsibility. Because after all, it’s always someone else’s fault.

You expect that of someone aged 4. When an adult spews such garbage, they should be treated with the disrespect deserving of it but society has been accepting this nonsense.

Today we have daily examples of this absurdity. This is from an article in the Observer:

A non-Spanish-speaking teacher is suing her employer for rejecting her from a job that required her to teach the language. How dare they!

And just to get your blood boiling, I present to you one Ashleigh Shakelford – an obese, abusive, racist example of what floats to the top of a society too afraid to call a spade a spade. This is from an article you can read here:

Unlike slavery, the activist says that Black women of a particular size are especially oppressed and bogged down by damaging stereotypes and expectations.

“I see thin femmes and women (of all races, actually) who are offered protection and care in ways fat black bitches are never granted,” she writes. “Our dehumanization is used to humanize everyone else in the entire world, but no one wants to protect, save or celebrate us. Everyone just wants to eat off our flesh until we can’t satisfy or provide for them anymore.”

Shackelford made it very clear what she wants in reparations:

Let me be clear, though: when I say, “F*** you, pay me,” I mean, “F*** YOU. PAY ME.” Pay me a check, pay me consistently, provide me safe housing, offer me a job with benefits, run me those Beyonce tickets, finance my clothes and wigs and aesthetics, cultivate accessibility to spaces and provide seats that fit me, see and validate my humanity.

Jumping the ditch to Europe where it’s unusual for a week to go by without at least one act of mayhem perpetrated by an islamic refugee and where the ruling class, drowning in politically correct rhetoric, are found impotent and afraid to address the issues head on. Instead they are trotting out the usual meaningless and distractionary garbage.

An article in the Spectator sums it up well:

It is now a fortnight since Mohammed Lahouaiej-Bouhlel shouted ‘Allahu Akbar’ and ploughed a truck along the Nice seafront, killing 84 people. The following Monday Mohammed Riyad, who said he was from Afghanistan but almost certainly came from Pakistan, screamed ‘Allahu Akbar’ while hacking with an axe at his fellow passengers on a Bavarian train. The next day another Mohammed, this time Mohamed Boufarkouch, shouted ‘Allahu Akbar’ and stabbed a Frenchwoman and her three daughters (aged eight, 12 and 14) near Montpelier.

Mixing things up a little, that Friday’s shooter in Munich was a child of Iranians called Ali David Sonboly. Skip forward a couple of days and a ‘-Syrian asylum seeker’ with a machete was hacking a pregnant woman to death in Stuttgart. The next day another ‘Syrian asylum seeker’, Mohammad Daleel, carried out a suicide bombing outside a bar in Ansbach, Bavaria. And a little over 24 hours later two men shouting the name of Isis entered a church in Rouen during Mass, took the nuns and congregation hostage and slaughtered the priest with a knife.

Although the public know what is going on, the media seems loath to find any connection between these events.

Indeed, the same papers that blame an exaggerated spike in ‘hate crime’ on everyone who voted for Brexit seem unwilling to put the blame for these real and violent attacks on the individuals carrying them out.

‘Syrian man denied asylum killed in German blast’ was the Reuters headline on the Ansbach story, neatly turning the suicide bomber into the victim and the German asylum system into the perpetrator. As Reuters went on: ‘A 27-year-old Syrian man who had been denied asylum in Germany a year ago died on Sunday when a bomb he was carrying exploded outside a music festival.’ How terrible for him to lose his bomb in such a way.

Unbelievably one of the “solutions” trotted out by the incompetent Eurocracy after the Munich shooting was that “inadequate welfare provisions” may be a cause. What!?

What we’re dealing with today is a crisis in political correctness.

But the man on the street is no longer buying it. He’s not that stupid. He understands and sees with his own eyes, even if his rulers try to distract him.

This is one reason that Brexit is taking place. A populace, increasingly distrustful of the establishment and horrified by the consequences of the actions already taken by the ruling class, look around them in search of someone who will say out loud what they whisper to each other behind closed doors.

Brexit was a huge plus for Donald Trump. It provided legitimacy to the rhetoric of Trump’s campaign: “Don’t vote for the establishment (Hillary), vote for me.” “Let’s make America great again” speaks the same language that Nigel Farage was speaking. Importantly, Trump doesn’t pander to politically correct anything.

Don’t misunderstand me. I’m not interested in being for or against Trump, I’m interested in the outcome and the knock on effects on a global macro scale. 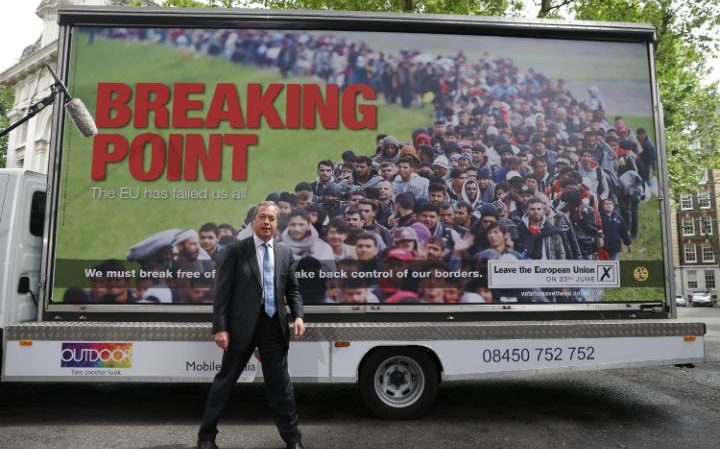 Like him or loath him, Nigel Farage provided an increasingly horrified citizenry with a crystal clear message which never tried to pander to political correctness. A populace under attack (because Europe is most certainly under attack) found a level of honesty in the Brexit campaign, which was sorely lacking with the “remain campaign” and they voted for it.

Expect this trend to accelerate – first bringing Trump to power in the US (yes it’s going to happen) followed by massive changes in Europe, something I’ll cover next week, including what I think is the easiest short in history and how it is likely to play out.

Investing and protecting our capital in a world which is enjoying the most severe distortions of any period in recorded history means that a different approach is required. Traditional portfolio management fails miserably to accomplish this.

And so our goal here is simple: protecting the majority of our wealth from the inevitable consequences of the political ruling class, while finding the most asymmetric investment opportunities for our capital. Ironically, such opportunities are a direct result of the actions by aforementioned people.

Have a wonderful weekend!