World Out Of Whack! Brexit…Coming

Welcome to this weeks edition of “World Out Of Whack” where every Wednesday we take time out of our day to laugh, poke fun at and present to you absurdity in global financial markets in all it’s insanity.

In this week’s edition of the WOW we’re covering Brexit.

In a show of just how disjointed British society has become with previously held cultural values, London’s mayor just banned all advertisements of models who are essentially non-sharia compliant.

I admit to having a fondness for London, having previously called it home for 6 years of my life. One of the reasons I chose to live there – instead of say Kabul or Riyadh – was because I never much fancied girls dressed like ninjas. And together with friends I quite liked the fact that we could enjoy a few pints at the pub and wouldn’t be jailed and flogged for doing so.

As little as ten years ago it would have been unthinkable that either of these things would have been in question. And yet here we stand today, watching events unfold in real time. These little pieces of culture are under ever increasing threat, and it’s not just in Britain. Is it any wonder we are having a sweeping backlash and change in the zeitgeist?

What the political class in both Europe and Britain has miraculously failed to understand is that Brexit is much more about failures on multiple levels than it is about the concept of the EU. The EU has been so bastardised that it’s completely unrecognisable from the creature first established 23 years ago. This is understandable as the business of government is to grow cancer like never relinquishing power once established.

Having seen the slow but accelerating effects of a bureaucracy on tilt, the average Joe Citizen is now waking up to the fact that he finds himself with an oppressive and suffocating external form of government, an imperial overseeing force which understands his needs less and less.

Like an intestinal worm, the bureaucracy has grown to the point where the following areas of governance are now essentially dictated by a foreign imperial power:

Is it any surprise that Joe Citizen is questioning the status quo?

It certainly shouldn’t be. This questioning has been met with a level of desperation by the establishment which can only be described as unprecedented.

Yes to Brexit or no to Brexit is less important a question than why Brexit in the first place?

The vote to stay or leave the EU is as much a vote for or a rejection of the establishment than any other European or British referendum I can think of.

We’re seeing an increasing divide across the developed world. The Trump vs Hillary debate is characterised by Hillary Clinton representing the establishment vote and Donald Trump positioning himself as a rejection of the establishment.

This is less a Republican vs Democrat vote than ever before and the rejection vote grows every day across the developed world. 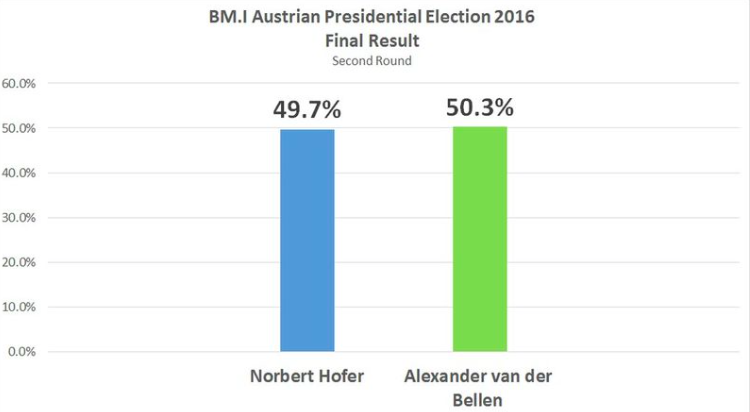 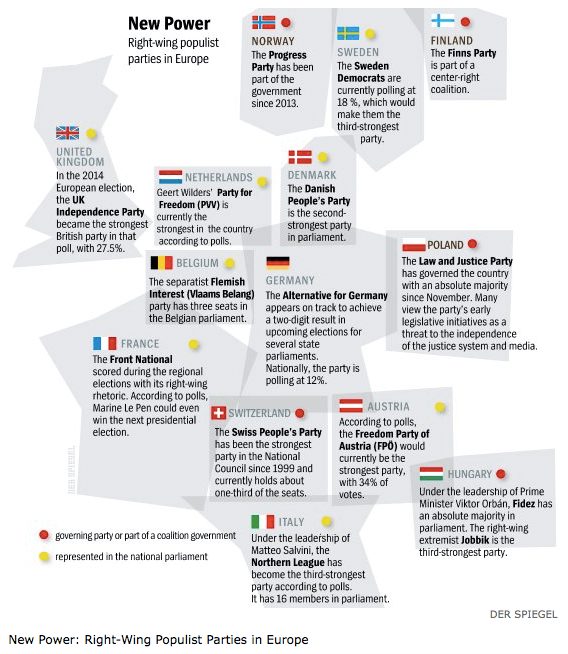 The xenophobic right-wing and rising backlash – a direct result of the European Union having lost control of its borders – has seen countries such as Sweden, Holland, and the UK experiencing surging right wing popularism.

Previously moderate Europeans no longer watch from the safety of their living rooms the Jihadi cauldron boiling in Damascus, Khartoum, or Islamabad, but instead find it exploding onto the streets of their own cities.

Nearly half of citizens in eight European countries polled want to hold a referendum on membership. Bottom line: Europe is in trouble and Brexit is simply bringing it to life in vivid colour for all to see.

As traders and investors it’s of no consequence what we may wish to happen. As incredibly important, wonderful, talented, intelligent, good looking, and well deserving readers of Capitalist Exploits are, the market doesn’t actually give a toss about us. Depressing, I know. But what actually takes place and how that affects asset prices is what matters.

And so the question to ask isn’t whether Britain leaves the EU, but rather from where will the next crisis of confidence come?

Or do you think it will be some other country? Let me know in the comments below.

Chris has founded and built several multi-million dollar businesses in the investment arena including overseeing the deployment of over $30m into Venture Capital opportunities and advising family offices internationally. Prior to this, Chris built a career at Invesco Asset Management, Lehman Brothers, JPMChase, & Robert Flemings.
MORE ARTICLES »
PrevPreviousCan’t We Just Print More Money?
NextA Wild Day From Start to Finish!Next