Jamie Dimon Should Learn About Lemons

A tale of two James’.

What does this guy:

…have in common with this guy:

Captain James was probably just another ruffian salty with poor hygiene and bad teeth. But you know what the catalyst to his fame was? And by extension what turned muddy old Britain into an empire? 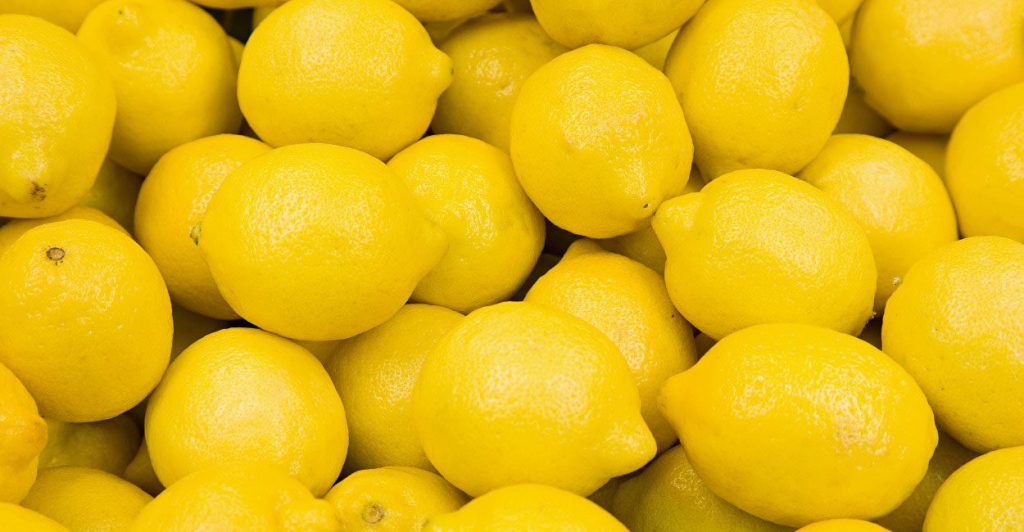 You see, the thing holding back Captain Jamie from extended ocean going voyaging was a nasty disease called scurvy. We know now that Jamie was dead eager to get out there and bring nasty European diseases to natives in faraway lands and upon arrival announce, “By George it’s nice and lush here, we’ll take it.”

And so when Scottish physician James Lind figured out via controlled experiments that, in fact, a diet including vitamin C rich foods cured this pesky disease, the advantage presented to sailors was enormous. After all, those poor sods used to routinely lose up to 60% of their crews to scurvy on voyages.

Imagine setting out knowing such odds.

Da Gama, for instance, lost 116 if his 170 crew, and Magellan 208 of his 230. You’d have better odds skulling a bottle of Absolut and then playing chicken with Mack trucks on a freeway.

It took the Brits about 40 years to put this knowledge to good use, but it has been argued by historians to have been a catalyst to the founding of the British Empire. At the time, there were plenty other countries who could quite easily have stacked up some lemon juice in the hull, set sail, and begun planting flags. But they didn’t.

Isn’t that amazing? The bloody British Empire owes its fortunes to the humble lemon. And, by golly, old Jamie Cook took advantage of that didn’t he? And the rest, as they say, is now history.

And this brings me to the other Jamie.

You see, Jamie (the old Brit Jamie), used something quite revolutionary at the time to alter the course of history and become a major player in it.

And Jamie (the not so old yank), Captain of the JPM ship has a similar opportunity today.

It’s why he should learn about lemons.

It seems he knows little about modern day “lemons” and their properties. Here’s some major points he shared with us all on his views just recently. 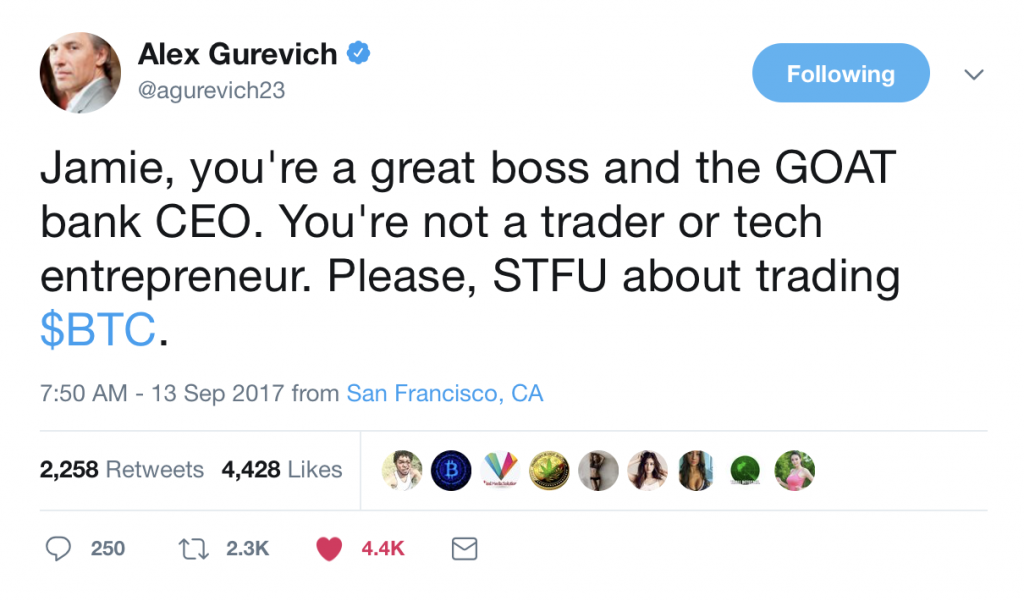 I was mentioning this all to my lovely wife the other night, and you know what she said?

She said that if he was a she (Jamie that is), he probably wouldn’t be so arrogant and may look at the manual. Which in this case is, of course, Satoshi’s white paper.

And, as usual, she’s right. When we got our last DVD thingy player she immediately pulled out the manual to learn about how it all works so that when she wants to, she’ll be able to play exactly what she wants without delay and mess and fuss.

Me? I stabbed away at the buttons, safe in the knowledge that even if I’m trying to get the Blu-ray to play, I’ll probably get the USB figured out, and who knows what excellent films are on the thumb drive I’ve shoved in there.

I console myself with the fact I’m male, and as such, reading the manual is against my religion. But I tend to make up for it by diving in and learning by doing.

Jamie, bless him, isn’t even prepared to do either, and that’s fine.

It just means that when Bitcoin hits another all time high and history books are written (by the robots, of course), he won’t even make the pages. He’ll simply be like all those other sailors in Portugal, Spain, France, and the Netherlands who, in the 1800s, were sailing around at the same time Captain James Cook was.

And that’s probably how it should be.

“Do just once what others say you cannot do, and you will never pay attention to their limitations again.” — Captain James Cook

Chris has founded and built several multi-million dollar businesses in the investment arena including overseeing the deployment of over $30m into Venture Capital opportunities and advising family offices internationally. Prior to this, Chris built a career at Invesco Asset Management, Lehman Brothers, JPMChase, & Robert Flemings.
MORE ARTICLES »
PrevPreviousWhat Would You Do?
NextA Big, Fat Volatility TradeNext