How Will The Empire End?

It was back in the early 1800’s that the Brits left the sodden, miserable shores of their murky island, grabbed their trumpets, tucked their trousers into the socks, and began conquering the world with the cunning use of flags. 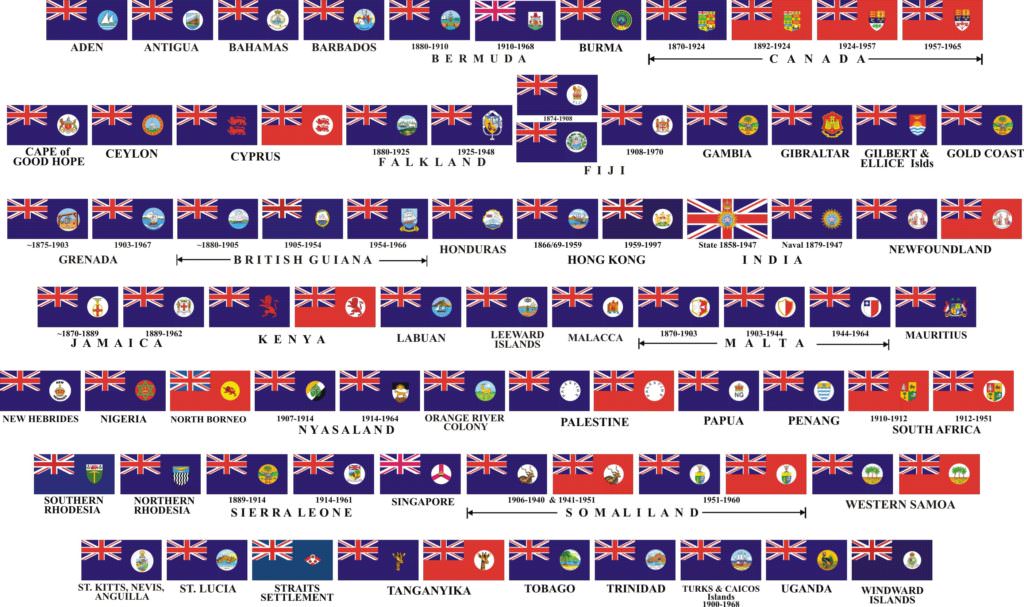 Like all good conquerors, they had a backup plan in the event flags didn’t work – guns, which – as it turned out – work bloody well.

From about 1815 to 1915, our tea-drinking friends were so successful in this endeavour that the soggy little island in the North Atlantic had turned nearly a quarter of the globe red at its peak. 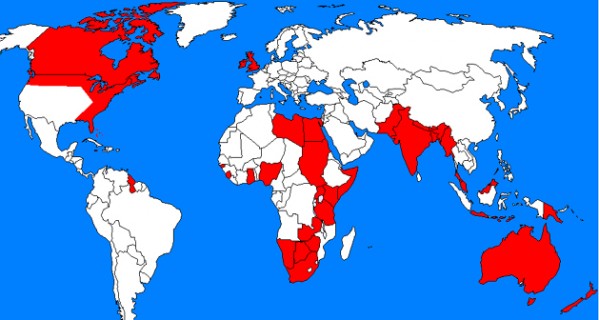 They were, of course, not the first to embark on empire building.

Ahead of them is a long list: the Babur Empire, lasting from the 17th to 18th century and spanning Europe and Asia. Then there was the “Golden Horde”… the Mongols, who at the height of their reign, incorporated over a quarter of the worlds land mass.

Let’s not forget Pax Romana. The empire lasted 500 years and at its height extended into Africa, Europe, and the Middle East and bullied about a quarter of the world’s population. All impressive in its own right.

The structure was a familiar one. Tried and tested. The state provides security (military) to ensure stability and enforcement of legal contracts. And while this cost a lot of money, in return the vassal states pay taxes to the empire. As long as the taxes exceeded the costs of keeping the restless natives in check things were golden.

As we know this math didn’t last forever for any of the empires, including the Brits, who (under increasing costs and decreasing revenues) lost their shiny empire, put away their flags, trudged back to the pub to talk about the weather, and became plumbers.

During their conquering reign, however, they gifted large swathes of the rest of the world common law principles (used to this day) and lessons in how to be frightfully polite (not used to this day). In return, the rest of the world gifted them actual cuisine which is why today we don’t starve when visiting the soggy island. Without it, I assure you, the place would be completely empty of visitors.

What is fascinating is that the collapse of the British empire ushered in modern nation states as we know them today.

In 1960 the Prime Minister of Great Britain, Harold Macmillan, delivered a famous speech known as the “Wind of Change” where he discussed this:

“One of the constant facts of political life in Europe has been the emergence of independent nations… Especially since the end of war, the processes which gave birth to the nation-states of Europe have been repeated all over the world…

Fifteen years ago this movement spread through Asia. Many countries there, of different races and civilization, pressed their claim to an independent national life. To-day the same thing is happening in Africa…

In different places it may take different forms, but it is happening everywhere. The wind of change is blowing through the continent… Whether we like it or not, this growth of national consciousness is a political fact. We must all accept it as a fact.”

You may have noticed that all of the power structures mentioned above were centralised structures. Top down – like a pyramid, with the wealth accumulating at the top.

Even the emergence of individual nation states were and are really just “mini me’s” of an empire structure, which is to say centralised. This all made perfect sense in the industrial age where commandeering and controlling costly infrastructure was critical. Things such as railroads, canals, mines. Today, we live in a different world, which I’ll come to in a bit, but first…

Just as each empire has finally succumbed to the gravity of unprofitable ventures, today we have much of the developed world labouring under similar problems.

Europe, the poster child for socialism, has a structure whereby member states in the EU contribute to a centralised bureaucracy and receive a number of benefits in return. The problem is the math doesn’t work.

Across the ditch, our American friends have much the same issues. A top down structure, centralised… and ever increasingly so.

Today, however, the gravity forces at work are due to a setup where those in power will actually cause the demise of this structure. Let me show you how.

Today, the costs and losses of the empire (I’m using the term loosely here to include the nation states of the world but in particular the US and EU) are socialised. Like an insurance policy, the costs are distributed across society. The rewards are, however, privatised. They don’t accrue to the state… and this is very different from how the Romans or Genghis Khan ran things.

Lobby groups and big business push for policies and privileges that will benefit their chosen industry and/or business.

In turn, the state tilts the playing field in their favour. This comes at a cost, and that cost is a cost to the state, not the industry being favoured.

When enough of this happens… like now, for instance, then the finances get all wonky. What’s ironic is that the revolving door between Wall Street and the White House is parasitic on the state, which in turn is a parasite on the citizenry.

Parasites can be fed and maintained up until the point where they kill the host. The Cheneys, Gores, Bushes, and Clintons of this world don’t siphon funds directly from the treasury like our friend Mugabe and his ilk. They just do the same thing via companies and charities. It provides a cloak to true intentions… but the results are the same. A math problem which reaches breaking point.

This is a problem not just for the US and Europe. It’s a problem for the nation state structure, which is more buggered than an alter boy in the Vatican.

This is because the centralised structure of not only running a country but doing business at every level is being destroyed.

The vast majority of real wealth in the world today involves intellectual property, and in the information age… which is where we find ourselves living in today, this matters a great deal to centralised structures.

Consider that, for the first time in history, individual companies are worth more than the most modern large governments of the world. It is a consequence of an ongoing unstoppable trend towards decentralisation, and it promises to bring us an entirely different empire that will follow the existing one.

While it’s easy enough to see that the empire won’t last… what replaces it will, I believe, look distinctly different to yet another centralised nation state. This I’ll deal with in some other article, but one thing I’m confident in is that the distribution of wealth isn’t likely to change. Pareto’s principle is well defined and consistent. What changes are those at the top and those at the bottom. For today’s article, let’s ask the question of what… or how this empire succumbs.

Will the catalyst be the massive bond bubble breaking? And yes, boys and girls… it is a bubble.

The philosopher Nietzsche noted: “In individuals, insanity is rare; but in groups, it is the rule.”

Or will it be some military fiasco?

“A great civilization is not conquered from without until it has destroyed itself from within.” — Ariel Durant

Chris has founded and built several multi-million dollar businesses in the investment arena including overseeing the deployment of over $30m into Venture Capital opportunities and advising family offices internationally. Prior to this, Chris built a career at Invesco Asset Management, Lehman Brothers, JPMChase, & Robert Flemings.
MORE ARTICLES »
PrevPreviousInsider Weekly: Are Emerging Markets Making A Quiet Comeback?
NextThe Virtues Of DiscriminationNext

The poll at the end is missing. Thanks for the greatest content available, cheers!