This is arguably the most important equation in mankind’s history. 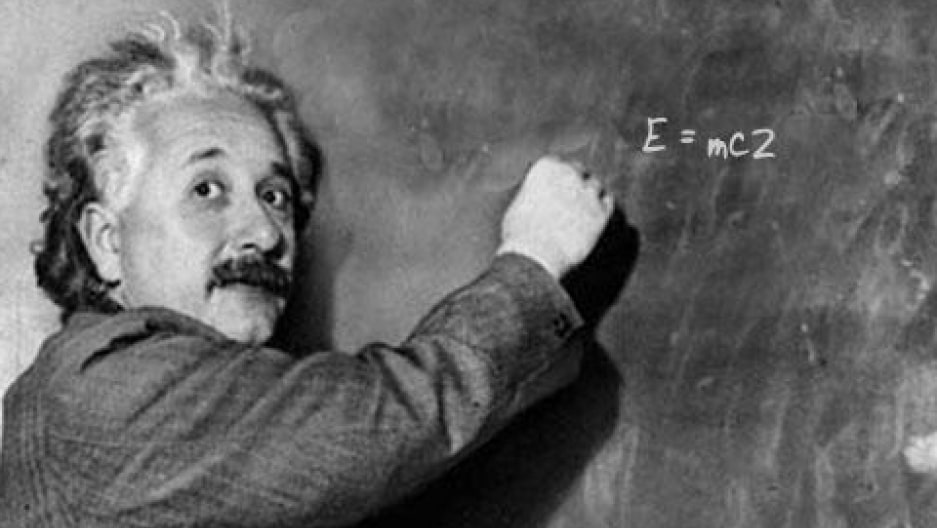 If it’s not the most important, it’s certainly the most famous.

Now, I realise it would be a distant second if man had in fact found the equation allowing us to understand women, but that’s likely impossible. So we’ll settle for this.

Another of Einstein’s ideas was the relationship between energy and mass, which was a radical new way to understand the motions of objects in the universe. And though it was Albie who was the guy who initiated this thinking, it was the kiwi born British physicist Ernest Rutherford, who while studying radioactivity, discovered that there are two types of rays that come out that are different from x-rays.

He calls them alpha- and beta- radiation. He later discovered the shocking fact that the vast majority of the mass of atoms is concentrated in their centers, and this led in turn to his discovering the atomic nucleus. And THAT, my friends, led to nuclear physics as we know it today.

Why point this out?

Now, we can’t help anyone on the first one but on the second… well you’ve come to the right place because today I have for you a chat with two gents who are the premium athletes in the Uranium space.

In this episode… we go into lifting the lid on what can only be described as bullshit incorrect uranium pricing and how that’s transpired, and ultimately what it means for uranium pricing going forward and all those uranium stocks you own.

You will not be disappointed.

So though I realise it was going to be a lot of fun, tell your significant other “now’s not the time darling” and press play… this is even better.