A little while ago I shared 6 ways to improve decision making. In response I received a number of comments, the most insightful of which I’d like to share with you today. My main point in the previous article was that information, together with a strong filtering process, form the basis for making sound decisions.

I love these emails. You write essentially about what it all comes down to which is psychology playing out in life, and markets.

However, can someone from your organization, please elaborate on the last point, on procrastination. What if procrastination is the humility in knowing that you don’t know enough to make a decision now, and are simply waiting either for more facts to come to you, or waiting for the dust to settle? In this age of tremendous deception I’ve discovered that waiting a roughly set amount of time is the ONLY objective truth we have in this world of subjectivity. By that I mean that a lot of the fakers get weeded out, and the truth rises to the top, upon which you can then make a decision to commit to the idea, product, or partner. I find that one can be more quick in committing to an industry, partner, or pattern that has been worked in the past, and is not novel.

In the last year or so, I made a few errors, but I substantially saved a lot on two deals where I let the early adopters be my guinea pigs, and they blew up tremendously, precisely because of procrastination. The only novel idea I got into was bitcoin, I got in just after that initial guinea pig stage and made 500% thus far, though who knows where exactly it’s headed in the long term. My one year of procrastination benefited me here as well. The key is to procrastinate to roughly the right moment.

I’m curious if this is how it works in the business world on the level that you guys play out in, as well, as I find that the worst decisions are made when we think we have a gun to our head, when we think in terms of scarcity instead of abundance… the concept that if one misses the opportunity to max out on this chance, that another one is right down the pipe.

I’m not sure I see this the same way. To me procrastination is carrying out tasks that are easier, more enjoyable and less taxing than tasks which are often more important, yet more difficult either physically, mentally, or emotionally. This is a poor strategy as it involves delaying what needs to be done.

More than just the obvious problem of failing to deal with something that needs dealing with, the psychological impact (stress) of this is the real killer. Procrastination leaves this nagging, persistent, unfinished problem that won’t leave you until you’ve dealt with it, and it affects your overall mindset and performance.

When this is the case, and even when it isn’t, we rely on people smarter and more skilled than ourselves to brainstorm the issues. This does a number of things.

One, it builds our knowledge base. Do this day in, day out and I guarantee you you’ll learn something. It’s tough to engage with brighter minds than your own and not learn something new. It also often highlights both positive and negative elements you’re possibly unaware of, and after having done this, if you’re still unsure then you need to move on. Time is too valuable a resource to be spent burning through issues which you’re not comfortable with. There is HUGE power in saying “NO”. 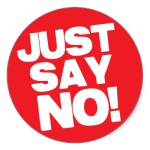 There will always be another deal. And guess what – the next deal will be one which you come armed with a new set of experiences and knowledge gained from having been through the previous deal. Personally I’m not shy to look at dozens of deals a week. Naturally I have a rapid culling process but the point is that each deal allows you to hone your skills whether you participate or not.

In terms of “having a gun to your head”. I have had a 100% failure rate with this. Every time I’ve felt like I have a gun to my head, or felt like I’m in a position where I’m forced to do something, I should have walked away… EVERY TIME.

The truth is, you never have a gun to your head. That is dealing with things on an emotional not a logical business level. Throwing good money after bad works only if structural changes are implemented. This is where activist investors such as Carl Icahn excel. Like him or loathe him, he often turns the tables on companies which “put a gun to shareholders” heads.

Very good post, Chris. I would also add that part of good diligence is ensuring there is sufficient corporate governance in place at the beginning to avoid wiggle room for founders to change how much they report or disclose down the road. I’ve had a situation before where a founder/manager started making decisions unilaterally within the context of a closely held company, and it was not so obvious initially what was going on. This probably falls under your point #1, with a need for good info both at the outset and throughout the life of the project or business until a liquidity event cashes you out. It’s often those closely held start-ups where problems can sneak in with a founder going off the reservation.

I have had to learn that lesson the hard way with a decent chunk of change, as you put it.

Keep up the great work!

Corporate governance. Ah, yes. Something I wrote about recently when talking about the Chandler brothers. You’re dead right! And just remember that good corporate governance doesn’t always magically happen as often founders don’t even know what they’re meant to do and need guidance on this one. Well structured term sheets with things like step in rights and so forth can be valuable.

Another great write up.

As you know my ‘first’ private placement went sour and obviously I didn’t do all of the items you listed.

In most things, I’m way too trusting of people, assuming the best in them until they show me otherwise. I think I must still be this way in my personal life as I just don’t think life would be fun going through it with the opposite view. But you’re right, as an investor it is a lousy way to think of things.

Knowing that Doug Casey, with all of his “P rules” and experience, also got caught in the same investment make me question whether the private placement game is just that – too much of a game of personality reading and information masking? I’m not saying that public markets are much different, but some of the reporting ‘requirements’ help.

Perhaps y’all could do an article on what can be done (if anything) when a private placement goes bad?

I’m sure y’all have seen it all and know other questions in this area that could be addressed.

I realize this type of article may not be a good subject for your business. But I assume others, like me, may find comfort in knowledge rather than ignorance. Likely many of your customers or potential customers think about the issue some anyway.

I don’t think being trusting is a bad thing at all. Who wants to live a depressing negative existence believing that the world sucks, everyone is out to get you and bogeymen live under your bed? Trust but verify is my best answer to this.

The easiest way to avoid being hurt is to not get involved in the first instance, right? There is a saying which builders use “measure twice, cut once”. The same principal applies on due diligence on companies. There is nothing wrong with asking for the obvious, well before getting involved. When someone tells you they have X, and you ask for proof, this is not only your right but just plain common sense.

Further to this, I have a rule I apply – don’t ever lie to me or provide me with half information. I’ll provide an example from a recent exchange with a company. I was told that a particular company had X. I asked to see the contracts to prove this. I was then told that there was actually a letter of intent (LOI). I will never deal with that person again. An LOI and an actual contract are not the same thing. I was clearly told that the contract existed.

In response to the questions on jurisdictions. Sure, though they differ widely. It’s best to have companies incorporated in investor friendly jurisdictions even if they’re doing business in jurisdictions which may not be so robust legally. Criminal fraud prosecution is definitely an option, though it really depends whether or not this is worth pursuing. It really is best to have investor protections in term sheets at the outset.

With respect to the question regarding weighting of shareholders and shareholder influence. Depending on the jurisdiction it is typical that you can obtain the cap table and shareholder register and pursue organizing a shareholder led effort to force removal of directors, disclosures etc. The topic is really too wide to answer in a paragraph…

“There can be as much value in the blink of an eye as in months of rational analysis.” – Malcolm Gladwell

Chris has founded and built several multi-million dollar businesses in the investment arena including overseeing the deployment of over $30m into Venture Capital opportunities and advising family offices internationally. Prior to this, Chris built a career at Invesco Asset Management, Lehman Brothers, JPMChase, & Robert Flemings.
MORE ARTICLES »
PrevPreviousRound 2 for the Japanese Yen
NextWhat a Simple Cambodian Girl Taught Me About the Entrepreneurial SpiritNext