Some anecdotal evidence first… I recently corresponded with a friend in Europe who consults to a number of hedge funds managing predominantly European and British money. He mentioned that across the board his clients are increasingly concerned about equities and are seeking to hold more cash. I asked him if there was a fear of being “Cyprus’d”.

“No” was his answer. Stunning as that sounds to me…the vast majority of people, my friend’s wealthy clients included, which I might add would be termed “smart money”, simply think “it wont happen here”. Are you shitting me? The banks are mostly insolvent, the governments are bankrupt and the Banksters have already shown their cards in Cyprus! They’ve GIVEN us the playbook! What will it take for people to wake up?

I asked what his clients were holding in terms of cash. “Euro mostly, USD and of course Yen” was his reply. I wrote a long time ago about the triplets Ugly, Uglier, and Ugliest mentioning how those with large sums of capital to allocate have little choice when seeking liquid markets within which to do so. What I never considered then was the vaporizing of bank accounts regardless of the currency being held. This will forever be referred to as being “Cyprus’d”.

Holding currency in the banking system itself increasingly looks like a bass-ackward idea, and makes a mockery of the term “safe deposit”. Our friend Simon Black of Sovereignman wrote an excellent article on the state of western banks here which you should read.

One of our readers (thanks Riana) sent me the clip below of Jeffrey Sachs, a Columbia University professor, providing a very candid view of the financial system in the US.

I strongly urge you to watch this clip! It is in my opinion a MUST VIEW. The short version is, “Massive, massive illegality” condoned by the legal system, government and big business. If you thought you were safe investing in the US stock market you have been taken for a ride. I think the American people VASTLY underestimate the extent of fraud, theft, and subjugation that is taking place under their very noses, and worse yet, feel powerless to stop it!

There is a reason Mark and I invest in private equity in markets which, humorously enough, are considered by the mass media as “too risky”.

I think it’s indicative of a problem when, half-jokingly, the vernacular increasingly being used in the popular media includes: being “Corzined” and “Cyprus’d”. The former meaning having your money stolen from or via the equities market, and the latter being theft directly via the banking system.

What options does that leave us? Ah, the bond market…aye carumba, don’t get me started.

Sorry folks, but when Mark and I, together with our exclusive CPAN subscribers, invest in private companies in places like Mongolia, Myanmar, Nepal, or Cambodia we have a LOT more control and understanding of what we’re getting into. Risky? Look, it makes investing in the US and European financial systems look positively like Russian roulette in comparison!

Most stock markets, the US included – venerable, decaying, fecal matter that they are – are now rallying on the energy created by Bernanke’s credit and paper printing. The true value of all that paper will be revealed when it’s simply used for composting at some point. Please don’t ask me WHEN that will be, as this train has stayed on the tracks longer than most, including myself, have thought possible…

Funny money – crazy printing – is what is vaulting stock markets globally. They are running on fumes folks. The current financial system will ONLY run out of fumes when the masses can finally differentiate between liquidity and solvency, and at that point the currency and bond markets get toasted!

Remember, a rising equity market doesn’t always mean increasing economic prosperity. Look at Argentina. Its equity market is the best-performing in the world as of late. For those that don’t know why, in a nutshell the crazy b%&$h that runs the place is single handedly turning it into a banana republic. The currency has been devalued by market forces to such an extent that the “blue” (underground) market rate for USD is more than 2x the “official” government rate. The rise in the equities market, as spectacular as it has been, has not even kept up with inflation, which the Argentine government says is still in single digits, but is running at double digits monthly now! These clowns (I’ll throw ALL global “central planners” in there) are clinically insane.

From Japan, to Europe and across the Atlantic back in the States, to what Mark now regrettably refers to as “prison”, economic push-up bras are in vogue. Why is Mark referring to the States as “prison”? Lemme see… the recent IRS fiasco, Benghazi scandal, Bloomberg scandal, gun control, militarization of the police force, 300+ national surveillance drones, the world’s largest data collection center…the list goes on, and on, and on. For those that still insist that “if you don’t like it leave”, Mark asked me to remind our readers that he already has.

Make no mistake, push-up bras are still push-up bras, and when the lights go dim and the bra, with much anticipation, comes off, the “truth” will reveal itself. Market conditions will be seen for what they are.

Right now market participants are confusing liquidity with solvency, and the solvency issue is becoming increasingly stretched. When reality starts hitting home, and the inevitable market correction comes, the push-up bra will come back with a new and improved version (QE whatever… where are we at now? I lost count somewhere…). We’ll be getting the mother of all QE, much like Kuroda is trying right now in Japan. It’s also a lot like Rudolf Havenstein, the president of the Reichsbank in Weimar Germany once managed.

We’ll be told that the entire world will choke and die unless these corrupt, unbelievably wealthy “masters of the universe” keep the game going. Herr Von Bernankenstein will man the keyboard with his two chubby fingers on CTRL and P. The only question is how much abuse can a currency take before it implodes? Again, we don’t know!

This really is a Viagra economy. The “old man” is limp, much like what was hidden under the previously mentioned push-up bra. Anyone with any sense knows it, and will keep accumulating gold and “real” assets. It is one of the most obvious trades I can think of for now. Short term, the chart looks like it wants to go to $1,300 or even $1,200, but in the long run those tiny corrections are irrelevant.

We clearly need a hedge, and therefore Capitalist Exploits is proud to announce the launch of an ETF that will provide it!

The composition of the ETF is as follows:

The fund managers reserve the right to include tin foil hats in the portfolio as required.

Why now you ask? How about this… 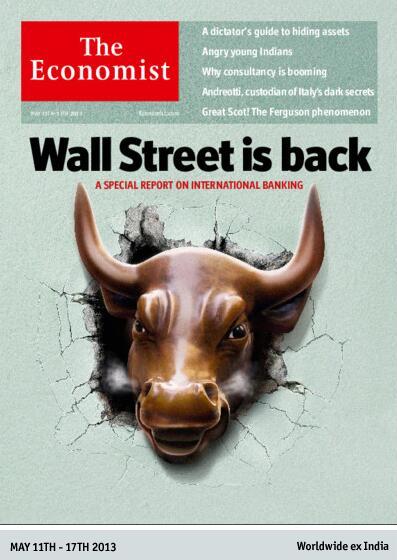