This Time It IS Different

I was talking with a business partner in Asia earlier today.

He remarked to me that, as he sat there listening to these guys, he realised the majority of the investment world is quite simply no longer focussed on any fundamental value criteria. None of that stuff matters anymore.

Instead they’re all watching to see what the central banks are doing next, in order to adjust for capital flows and make sure they don’t end up on the wrong side of the trend.

The same sentiment was echoed to me by Todd Harrison, a former partner and head of trading at Cramer Berkowitz LLC, earlier this week in a conversation I recorded for subscribers (I’ll have it to you Monday) where he told me that none of the usual metrics he uses to value markets work any longer. They’ve become useless.

This is of course how we find ourselves with stocks trading at 350 times earnings and $13 trillion in debt trading at negative yields.

A drive that has so obscured the perception of risk that we now find ourselves with venture capitalists writing cheques for startup tech companies with little to show sans an idea and a “strong board” valued at $25m to $50m pre-money valuations.

Cheques, I might add, that have scant chance of ever being cashed by those same investors on any sort of acceptable ROI.

Unless we really have entered a new paradigm where everything is awesome, deficits don’t matter, debt is money, fat is the new skinny, and companies are profitable when they lose money. 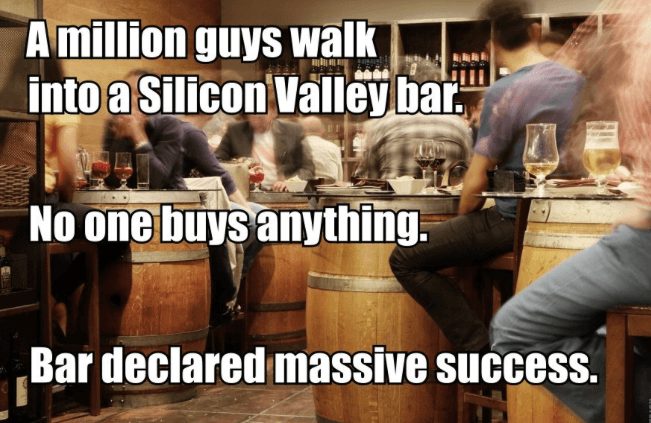 That we’re overdue a recession purely based on the business cycle, overdue the end of the credit cycle, and overdue on the debt super cycle all makes perfect sense. After all, these are the sorts of activities entirely consistent throughout history.

If we watch closely we can see however that the entire market is shifting closer to the kitchen door, with investors increasingly moving out of long dated debt into shorter dated debt maturities. Out of illiquid issues into those which are still offering greater liquidity.

Investment timeframes are narrowing. It’s getting hot in the kitchen and the smart money is moving towards the exits.

Most of the time political change in the developed world doesn’t really mean much. You get one set of podium donuts replaced by another set but not a whole lot changes. Until you get radical change.

This happens when Joe Sixpack is finally fed up with the status quo and votes for radical change. I detailed how this is taking place in Europe in what I called a 7-step blueprint to the easiest short in recent history. And just two weeks later we saw Merkel suffer a surprising defeat in her home town to the anti-immigrant AFD.

The series of elections beginning in the US but extending to Germany, France, and the Netherlands next year are going to be pivotal to how the world gets restructured. And rest assured – there will be winners and losers.

When you get radical political change the markets don’t know how to discount the future which brings me to the US of A where for as long as I can remember it didn’t really matter too much whether the reds or blues won the match.

Today, on the other hand, both candidates actually offer some fairly serious consequences. Consequences that really matter to global markets so fragile and delicate that they make egg shells look positively sturdy.

Therefore I thought it worth sharing with you my friend Kuppy’s take on the two candidates. It is not distinctly dissimilar to Wikileaks founder Julian Assange’s thoughts when asked about who he’d prefer as president of the United states. 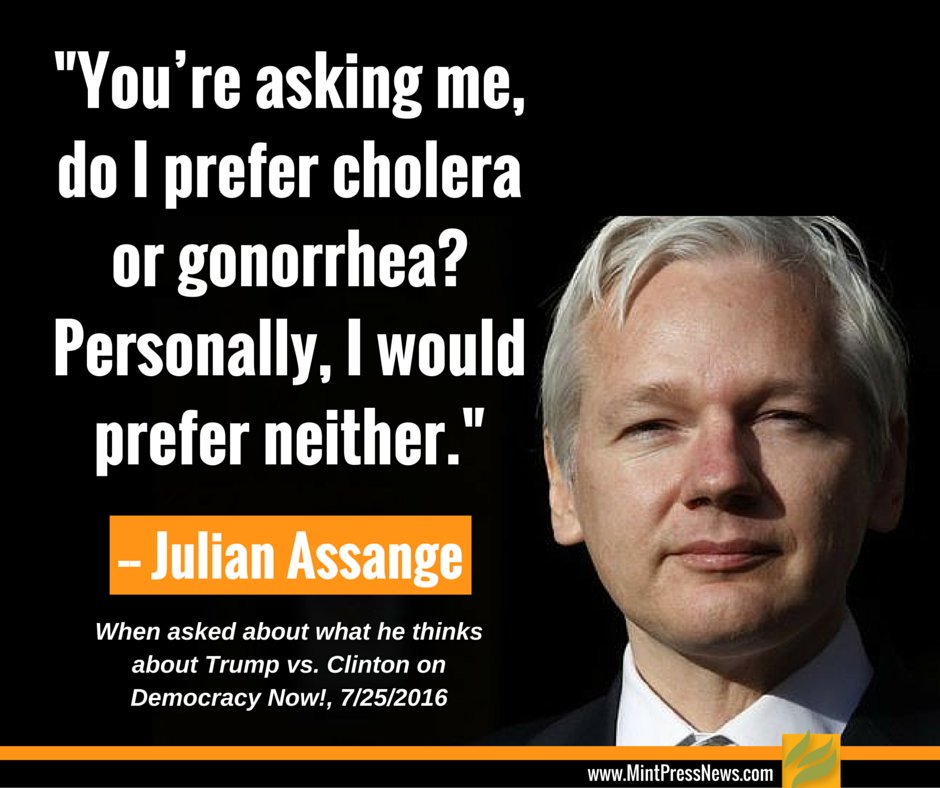 “For a country with over 300 million people, why do you choose such bad politicians?”

Yup, I’ve been doing business overseas for a while now and I keep getting the same question from foreigners who simply cannot decipher the American political system. Heck, I often ask myself the same questions.

A few years ago, I had this conversation;

Him: Will George W. Bush invade my country?

Him: Why is your Nobel Prize winning President starting wars with everyone, including a race war in America?

Me: Hell if I know. It’s embarrassing to all of us in America.

In all these exchanges, I can chuckle, drink my beer and proudly say that I didn’t vote for them. However, as I go through my daily rounds, this year’s election is just too dysfunctional to laugh at.

On one hand, we have the most corrupt person to ever run for President of the United States. From the Clinton Initiative slush fund financed with illegal dealings with corrupt overseas oligarchs and villains to the stonewalling of numerous federal investigators she continues to operate like some post-Soviet apparatchik.

In order to deflect criticism of her past, she has incited a race war that is both disturbing and repulsive to all that America stands for. Her utter subjugation of the media is both shameful and astonishing. Google has changed its search ranking system, Twitter routinely censors her opponent’s supporters, and The New York Times has become a ministry of propaganda.

Joseph Goebbels could only dream of the sort of power that she wields. Her methods are anathema to the American system of transparency, honesty and an independent press.

With that said, I have to give her credit.

Through 30 years of scandal, illicit dealings, and outright felonious behavior; she has remained remarkably untouchable, whereas a lesser politician would have been incarcerated long ago. Cold, shrewd, ruthless and calculated—lord knows, she wants the Presidency worse than anyone else alive. Her determination really is impressive.

Offsetting this criminality is quite possibly the biggest jerk on earth. As a guy growing up in New York, I remember that every society paper was filled with his endless feuds.

Every business paper was full of his lawsuits and those who were counter-suing him. Abrasive, inconsiderate and offensive have been hallmarks of his self-promotion. Nothing is more humiliating than being fired before millions of viewers on television—yet, he reveled in that power.

Now, on the national stage, he has taken this offensiveness to new levels by insulting whole countries. Does he have a filter? No, he actually enjoys the fight. Is he the image that America wants to project globally? Of course not.

And, as I sit on a patio and drink my beer, I have to explain this all to my foreign friends.

Explained in those terms, most foreigners take a deep breath and come up with some version of the following, “We all look up to America and your desire for transparent and honest politicians. What separates my country, with its chaos, from yours is the fact that your politicians are honest.”

To that, I laugh a bit because America has done a great job of brainwashing the world with its propaganda. Our career politicians are as corrupt as any banana republic’s, except ours usually steal in the name of the large corporations that finance them—as opposed to their own families. Only true outsiders from the political mainstream, those who’ve never been part of the system, can say that they’re not beholden to any special interest or corporation.

So, does Jerk beat Crook? Or does the Crook steal the election? Thankfully, I do most of my business overseas — I’ll survive no matter what the outcome is. As an American, I sure wish we had better choices, but I still have to explain this election to everyone I meet.

Crook vs. Jerk sums it up. To most of my friends, mired in corrupt and dysfunctional systems, America is a beacon of hope. Too bad it seems as though Crook is leading in the polls.

“2016: A choice between Donald Trump and Goldman Sachs” — Edward Snowden

Chris has founded and built several multi-million dollar businesses in the investment arena including overseeing the deployment of over $30m into Venture Capital opportunities and advising family offices internationally. Prior to this, Chris built a career at Invesco Asset Management, Lehman Brothers, JPMChase, & Robert Flemings.
MORE ARTICLES »
PrevPreviousWorld Out Of Whack: The “Bomber Harris” Of Central Banks
NextTodd Harrison: “The Usual Valuation Metrics No Longer Work”Next