5 Reasons This Country Is In For Big Trouble

Sometimes we look at things believing with sincerity we know and understand what we’re seeing. But we’re really as dumb as a box of rocks.

This brings me to our “trusted” friends at the rating agencies.

In March of this year Fitch took out their big rating agency stamp and hammered a AAA rating on Australia: 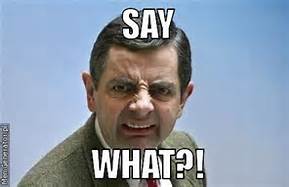 Reading rating agency reports is like being immersed in a warm bath, with a glass of hot milk, while being read Winnie The Pooh and Peter Rabbit. You feel all warm and fuzzy inside but it’s one big fairy tale.

Let me take a necessary sledgehammer to the above statement.

“The economy is underpinned by high income, strong institutions and effective governance.”

Of the 4 pillars above the only one still rising is mortgage debt. Pillars should be built of concrete. This one is built from polystyrene and it’s holding up the economy.

I’m struggling to understand how an economy increasingly running on the over consumption of real estate financed by mortgage debt is anything but insane?

For those of you who think in pictures, Jonathan Tepper of Variant Perception did his own analysis of Australian real estate and provides some excellent graphical representations of the problem: 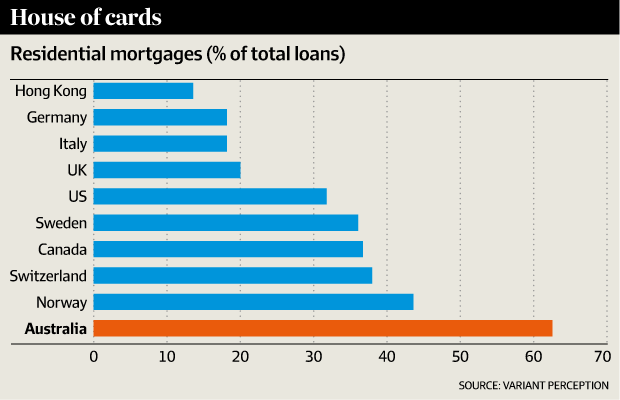 Move on, nothing to see here. Remember, Australia is different. It’s the lucky country.

But over in the “lucky country” incomes bear no sustainable relationship with asset prices:

For context. Back in the 80’s private sector debt to GDP was 20%. Today it’s a whopping 95% while total household debt (mortgages, credit card debt, consumer loans) clocks in at 123% of GDP – the highest in the world.

Household debt has now grown to 125% of GDP. This is only a problem if you think history repeats. If, on the other hand, you subscribe to the “we’re different because the weather is better here” theory then stop reading now because the rest will just have you hurling insults at me.

Let me remind you that Ireland and Japan had ratios of 3.5 times GDP at the very peak of their respective booms. Right before epic busts that “nobody” saw coming.

So how is this mother load of debt financed? 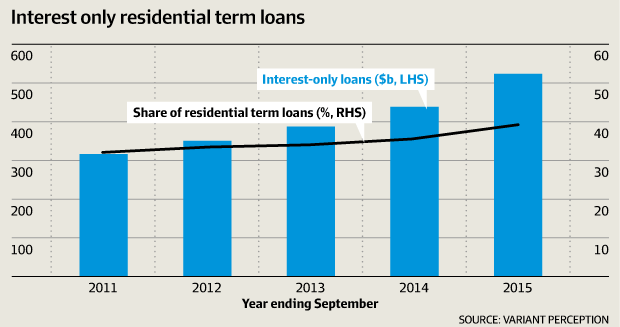 Nearly half of all mortgages in Australia are now interest only mortgages. Oy vey!

The banks tell us they’re just fine but their loan books are so heavily biased towards residential real estate at a time when the manufacturing sector is being completely hollowed out. The way it’s supposed to work is that incomes drive asset values (not the other way around). None of this will end well.

According to Fitch (and Winnie the Pooh), it’s perfectly fine.

The next point made by Fitch…

When investors see fire, they bolt out the “kitchen door” and the exchange rate is repriced.

It is true that public debt is relatively low, however private debt, as I’ve shown earlier, is outrageously high. The US mortgage crisis had little to do with public debt and it still rocked the world.

And then there’s this…

…growing recognition of the Australian dollar as a reserve currency allow the economy to adjust to changing economic conditions.

Do they mean China, commodity prices, the emerging market slowdown, relative outperformance of the US economy, US interest rates tightening cycle, and the pending Aussie housing crash?

If so, they certainly have some adjustments to contend with.

And so despite what Fitch may have to say I’m eyeing an entry to short the Australian dollar and here are 5 reasons why: 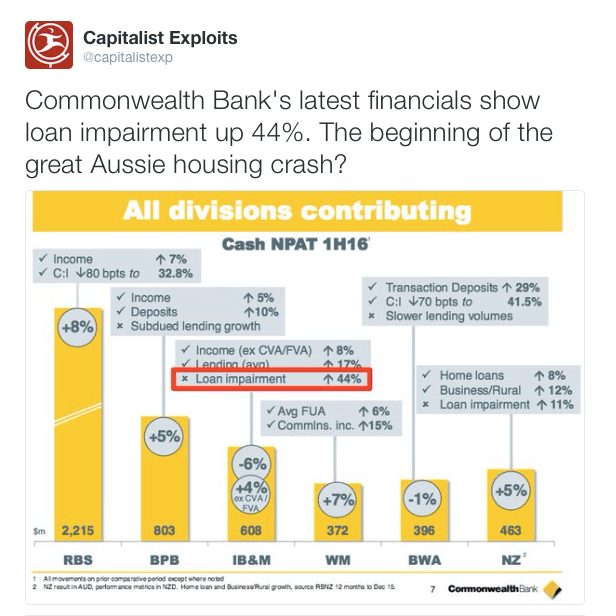 Banks are going to find that hiding the real story is going to become increasingly difficult. Maybe Fitch should take notice.

I’ve seen Australian houses and believe me, they’re just as boring as houses elsewhere in the world. And despite what the fine folks at Fitch have to say on the matter, Australia is not A-OK.

While Australia has certainly been the lucky country: sporting good weather, littered with commodities, an educated workforce, and even Kylie Minogue, there are some major imbalances which need to be worked out. With an open capital market and floating exchange rate, a housing bust will only add extra juice to a currency which I believe will weaken regardless.

Chris has founded and built several multi-million dollar businesses in the investment arena including overseeing the deployment of over $30m into Venture Capital opportunities and advising family offices internationally. Prior to this, Chris built a career at Invesco Asset Management, Lehman Brothers, JPMChase, & Robert Flemings.
MORE ARTICLES »
PrevPreviousThe Only Constant Is Change
NextAnother Real Estate Market Ripe For A BustNext