2016: The Year When China Put Trump On The Throne

Note: The following is a parody. Characters are fictional (some, at least) and any similarities that may exist with people real or imagined are purely coincidental. Really!

Zhou Xiaochuan, governor of the PBOC, turns to his wife, unable to sleep: “We just spent $150 billion this week to stem capital outflows and we still had to devalue 1.5%. Why doesn’t the f*&^ng market understand? We’re the freaking PBOC with $3.2 trillion in reserves?”

His wife replies: “Honey, is that the chart you keep looking at that looks like a downhill ski slope?”

Zhou turns away: “Urghh woman, you know nothing.”

An unidentified trader at the PBOC is found dead on the sidewalk after jumping from his 14 story office window.

With the exception of an article full of speculations on ZeroHedge, the news is quickly swept under the rug and remains unreported by any of the mainstream media outlets.

Traders at the PBOC discover that their recently deceased colleague had “prudently” tied up some $900 billion of the PBOC FX reserves in forward rate agreements. Liquidity is suddenly a massive issue.

This is China. Nobody will speak. Things will be fine.

Financial markets and with them the media outlets go frantic as the PBOC devalues the yuan 5% in a shock move.

A wave of selling hits emerging market equities as safety is sought in US treasury markets. The MSCI Emerging Markets Index gaps down to $623 before bouncing 12% in intraday trading.

Only one week after the yuan is devalued, the PBOC are forced to let it go another 5% as they are faced with the very real fact that their FX reserves breach $2.8 trillion – the IMF’s recommended lower bound.

The Dollar Index takes out 125 as global capital flows surge into dollars.

Seymour Butts from Butts Securities had this to say: “I think this is proof that the growth engine of Asia is now finished. It’s a bloodbath out there.” 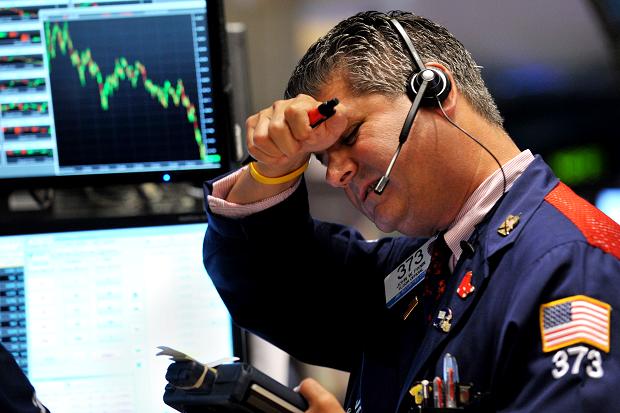 Misunderstanding an income statement problem from a balance sheet problem the longest of long believers in gold finally throw in the towel as spot gold crashes to $620 on the Comex.

The yuan rallies a whopping 21% in 48 hours before collapsing to new lows, down over 30% for the year.

The Bank of Japan screams foul play of the Chinese and takes QE to a new level in a desperate attempt to remain competitive.

Visibly agitated Bank of Japan Governor Haruhiko Kuroda had this to say to reporters: “We will not kowtow to China. That is all you need to know.” 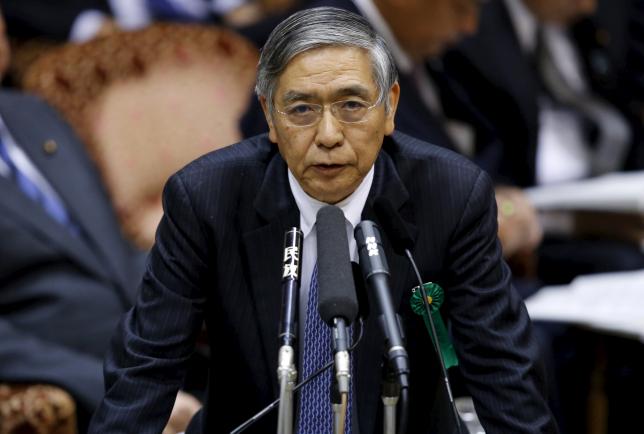 South Korean conglomerate Hyundai is in talks with investment bankers to raise up to $500 million in equity as Korean exporters come under increasing pressure.

Chairman of Hyundai Motor Group commented: “The high yield debt markets are finished. We believe that equity markets post the most viable alternative for our business.” 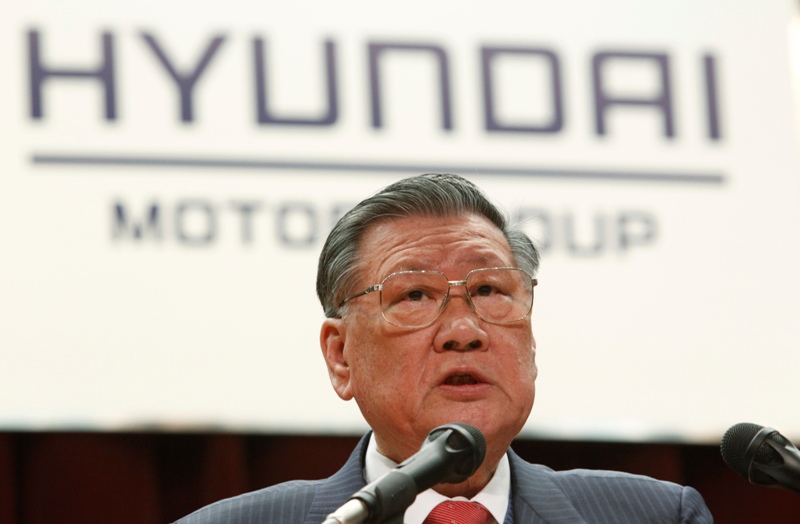 The continuing scramble for liquidity puts assets on the market at deep discounts.

In a self-reinforcing cycle falling asset prices are interpreted by the market as weakening demand, and commodities take another hit with the CRB losing 11% in overnight trading trading.

The decline in commodity prices, specifically oil, sets off a wave of speculation in the sovereign debt of oil producing countries.

King Salman of Saudi Arabia orders the armed forces onto high alert and imposes curfews, as fears of a tidal wave of unrest increase. Sources close to the royals say that Saudi coffers are actually just 18 months before they run dry and social programs go unfunded. 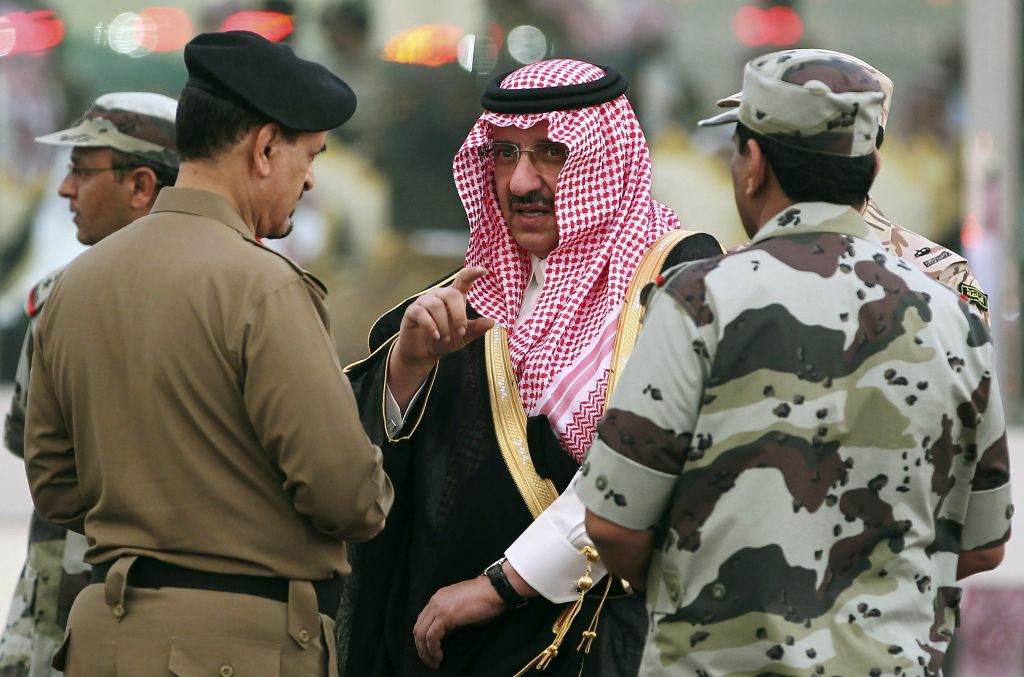 Speculative selling of the yuan threatens to overwhelm the market as traders eye the $2.8 trillion FX reserve level. Selling begets selling and the USD/CNY cross pair becomes the most traded currency pair in the world.

Central bankers from the Federal Reserve, ECB, Bank of Japan, and Bank of England all meet in Shanghai. The panic is palpable.

In an unprecedented move, the Fed spends $200 billion hovering up yuan denominated assets attempting to force a reversal of FX flows.

Information about the PBOC’s forward book is leaked and a fresh wave of speculation hits the yuan.

The below video of a trader from the PBOC is caught on smartphone and goes viral.

Speculation is rife that the Chinese authorities were involved.

American sentiment turns decidedly insular as anti-foreigner protests are held across the country.

Chairman of the National Socialist Movement, Jeff Schoep had this to say in a TV interview: “What the hell are we spending our money on rag heads and slant eyes for?” 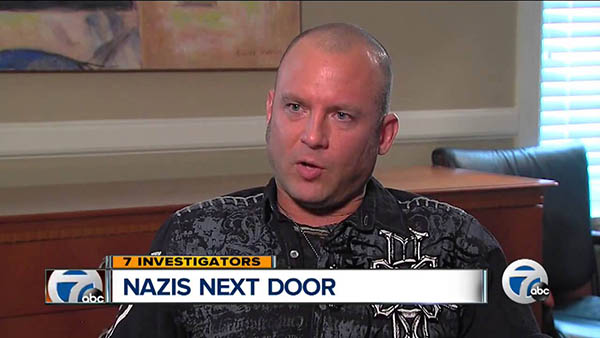 The Fed is forced to begin QE4 in an attempt to reverse now hemorrhaging emerging market capital outflows.

The market doesn’t care. In a Bloomberg interview, famed Hedge Fund manager George Soros had this to say: “I’ve seen this before. Quantitative easing isn’t that big of a deal anymore. They’re going to have to come up with something even grander, more insane for the market to really take notice this time.” 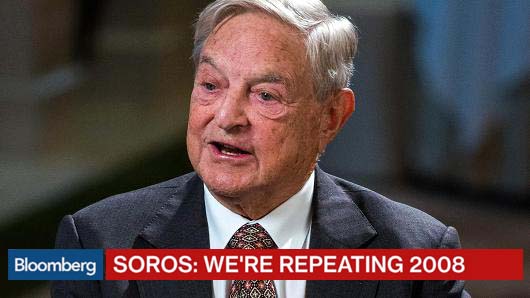 In proof that even a toupeed businessman who has spent his entire career screwing investors and creditors can be elected to the highest standing seat in the United States, Donald Trump surges to victory in the 2016 presidential election.

The events leading up to the election could not have been more favourable for Trump. Sentiment in the United States had been growing towards blaming the rest of the world for America’s troubles. When the Fed stepped in to buy up Chinese debt in an attempt to create brute force FX reversals, Trump had all the political narrative needed to sway voters.

In the famous words of Hermann Göring: “The people can always be brought to the bidding of the leaders. That is easy. All you have to do is tell them they are being attacked and denounce the pacifists for lack of patriotism and exposing the country to danger. It works the same way in any country.”

Chris goes to the beach. It’s been a heck of an exciting year. At some point, maybe soon, it’ll be time to exit long dollar positions.

“May you live in interesting times.” – Unknown

Chris has founded and built several multi-million dollar businesses in the investment arena including overseeing the deployment of over $30m into Venture Capital opportunities and advising family offices internationally. Prior to this, Chris built a career at Invesco Asset Management, Lehman Brothers, JPMChase, & Robert Flemings.
MORE ARTICLES »
PrevPreviousHow The Masses Deal With Risk (And Why They Remain Poor)
NextWhat The Big Short Can Teach You About InvestingNext